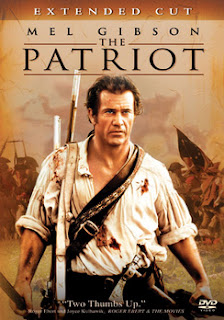 My review of The Patriot when I was the entertainment editor on Lifetime Live, the ABC News/Lifetime TV co-production that aired weekday afternoons on Lifetime Television:

"It took Mel Gibson a little over two and half hours to play a Minute Man." 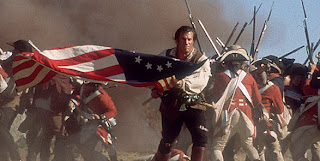 The year was 2000.  Mel fought in the days of the American Revolution as The Patriot. 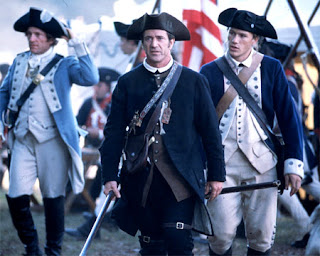 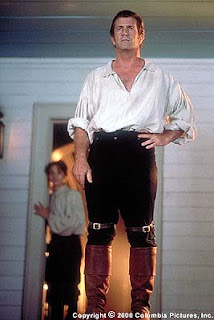 It was basically Braveheart, U.S.A.  and it had the standard Mel Gibson movie elements.  Give him a lethal weapon -- a gun, a sword, a hatchet...or all three -- and some inner conflict that justifies him killing enemies over a couple of hours.  The Patriot really made me sit up and take notice of young actor Heath Ledger.  He played the patriot's son.  Man, he was a good actor!  Heath Ledger died soon but he left us with some solid and memorable performances.  His work as Batman nemesis, The Joker, in The Dark Knight (2008) brought him a post-humous Oscar.  His Ennis Del Mar in Brokeback Mountain (2005) was truly a revelation and is now an iconic performance of the previous decade. 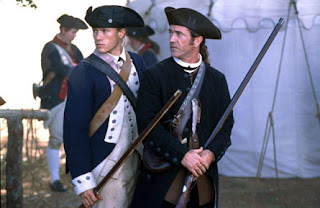 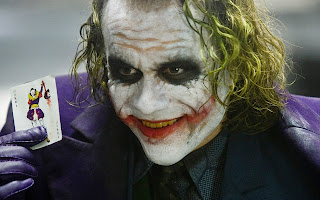 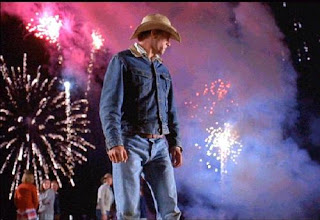 The Patriot did not need to be over two hours long.  It was stuff I'd seen Mel do several times before in his big studio action releases.  But, as I wrote, Heath Ledger really held my interest.  Also, Mrs. Patriot looked too L.A.  Heaven forbid the patriot would have a wife near his own age in those colonial times.  In the excellent HBO production John Adams, Paul Giamatti and Laura Linney were so right and believable as the married couple. There was John Adams, one of our Founding Fathers, and his wife, Abigail. 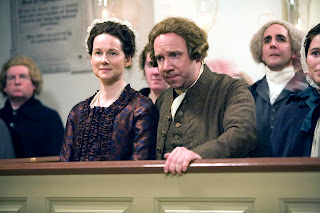 Go back to the Hollywood Golden Era and watch John Ford's Drums Along the Mohawk.  This is a Hollywood look at the hardships of colonial life and a newlywed couple in upstate New York.  He will have to fight the British.  The year is 1776.  Movies like this 1939 feature had stars in the leads to bring moviegoers into the theaters.  Filmmaking was more stylized.  However, Henry Fonda and Claudette Colbert still look like they were ready for outdoor work in those days leading up to the Declaration of Independence. 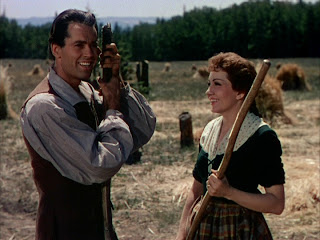 Look at Mel's colonial family in The Patriot.  Seriously?  Those were days that had no electricity, indoor plumbing, toilets, telephones, cars, laundromats, spas or malls.  These were folks who lived in the country at a time when, if you had meat, it was from an animal that you killed and cooked over a fire.  This family looks like it shopped at Whole Foods before leaving Brentwood, California to attend an afternoon theme wedding in Malibu. 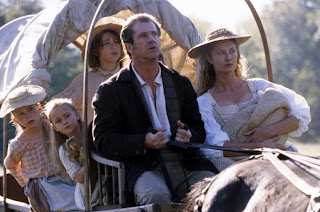 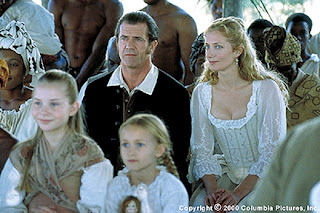 And just where did that colonial family manage to find a Laura Ashley store?

As the film critic on Lifetime Live, that element in the movie didn't work for me.  The director should've made adjustments.  Times have changed its release.  Remember when summertime meant the release of a big new Mel Gibson action movie?  Then Mel Gibson was heard making racial slurs and anti-Semitic remarks.  He insulted more groups than Paula Deen did.  His last big action movie, Get the Gringo, didn't even get nationwide release in 2012.  It pretty much went straight to DIRECTV on Demand and DVD. 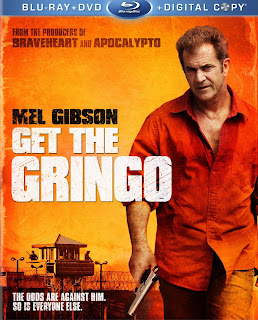 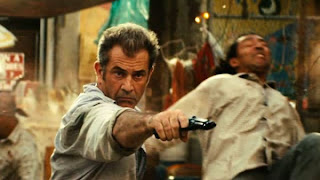 Wow.  Back in 1991, Gibson irritated people with comments he made that were quoted in the Spanish newspaper, El Pais.  He made a tasteless comment in public about gay men that was followed by "...who's going to think I'm gay?  It would be hard to take me for someone like that." 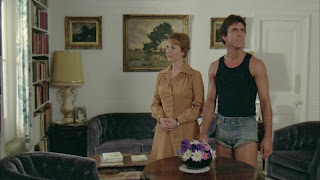 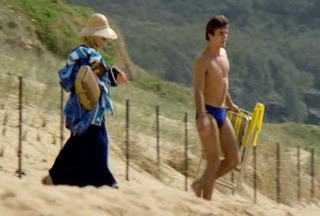 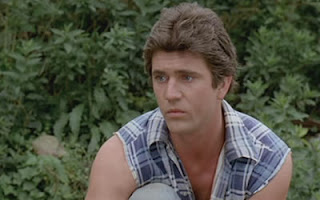 And there you have it.  Happy 4th of July.  I hope you see fireworks tonight.