Richard was one of the kindest, funniest and bravest people I've every known. Occasionally, he was also one of the most exasperating. Our first meeting was brief and ordinary. I purchased a piece of carry-on luggage in a New York City department store. He was the clerk and rang up my purchase. I never would guessed that when I left the store to go about my business, my life would be changed six months later by the clerk who sold me a compact piece of luggage in New York City. Like something that might have happened in an old Tom Hanks movie. 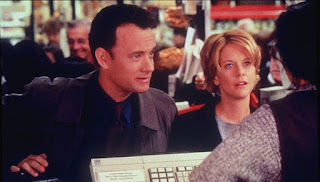 Richard and I had a mutual buddy. Our buddy was with me when I made the purchase. He suggested Richard's knowledge in the luggage department and it was impressive. I had a specific item in mind. I described it to the clean-cut, mainstream-looking clerk. He went into a storage room. He had the exact bag I wanted and my credit card within five minutes.

I used the bag on my trip to L.A. to shoot a TV project the following week. Six months later, I was a member of a trio bringing TV viewers weekend news and other information on a new WNBC TV live local morning show. No other local network affiliate was doing a live weekend morning news program. The industry buzz around town was that our show was folly and would be canceled early 1993. The show is still airing today. But, in our program's second month, October 1992, the buddy who was with me when I purchased my carry-on bag called me to say that the clerk wanted to ask me out on a date.

"That guy from six months ago?" I replied.

I didn't want to go out with the clerk. If our WNBC TV show was canceled, as folks predicted it would be, I'd relocate to the West Coast. Also, I was in my 30s. Richard was in his early 20s and a white Southern Baptist. As he'd say "Southern by birth, Southern Baptist by the grace o' God." He was not at all the type of guy I'm usually attracted to -- but the type of guy I'm usually attracted to had never been attracted to me. I'd never had a boyfriend. Ever. I could get myself a job on national or local TV more easily than I could get dates with men in Manhattan. My heart was off the market. However, I'd been stood up several times and otherwise been wounded in the dating arena. I knew how rejection felt. I told my buddy to give Richard my number and have him call me. I would explain why I did not want to go out with him. I'd let him know the reason was work-related. I'd probably have to leave New York in a few months to find employment.

Richard called. I sincerely, politely explained to him why I had to decline a date. I was unprepared for his simple, direct and disarming charm. So unprepared that, after he listened to me, I said "Yes" when he said, "Well, I still think we should go out. Can we have brunch?"

We had our first date on October 11, 1992. As soon as we sat down to eat, I had a feeling from way down deep in my soul that my life was about to change. That was our first date and the beginning of a great, often dark, journey. We had pancakes and then I stayed with him until the day he died. He died of AIDS in June 1994.

He'd never been tested. After Thanksgiving holidays with his wonderful relatives in a small town in Tennessee, he came back to New York City and became an outcast in two areas. He was long-irritated with the mistreatment of Black and Latinx customers in his workplace. He spoke up about it. He had a sterling work record but he was fired for being a whistleblower. He was out of work when he was hospitalized and diagnosed with full-blown AIDS two days after Christmas.

In those years, AIDS sparked a culture war in America. People with AIDS were treated like lepers. After Richard's diagnosis, when we learned that his unshakeable post-Thanksgiving cold was not the flu, many of our dates took place in quarantined rooms at Mt. Sinai Hospital in New York City. He needed a new place to live. His roommate at the time bluntly said that he just couldn't deal with a roommate having AIDS. Eventually, I moved Richard in with me in my 500-square foot studio apartment. I had to learn how to be a caregiver to a person with AIDS. Richard's doctors and New York City GMHC (Gay Men's Health Crisis) armed me with knowledge.  The experience of loving someone with AIDS was like riding a rollercoaster at night with blindfolds on. You never knew when the disease would cause a sudden flare-up. Those sudden twists, turns and plunges would make it necessary for me to get Richard to the hospital again. The WNBC TV weekend show had found an audience. It wasn't canceled. It was a job that required me to be at work at 4:30 in the morning for a live telecast that started at 6:00. If Richard was in the hospital, there were many nights I slept sitting upright in a chair next to his bed, showered in his hospital room and caught a cab to 30 Rock WNBC to do the show.

If I could have shared my experiences and information I'd learned as a caregiver with viewers, I would have. I wanted to. Katie Couric did that on TODAY after her husband died of colorectal cancer.  But this was the early 90s. Fellow gay co-workers urged me not to discuss being gay, not to tell management that my partner had AIDS, for fear of losing my job. I needed that part-time wage to pay my rent and help Richard. Those co-workers may have had a point. I taped a good interview of Harvey Fierstein when he was promoting his role in 1993's MRS. DOUBTFIRE. The show aired my interview of Robin Williams. The news director at that time would not air my interview of Tony winner Harvey Fierstein. My news executive boss said to me "I have a problem with him being openly gay." That news executive has been long-gone from WNBC TV. I'm sure the attitude towards diversity there is vastly better now.

Today is World AIDS Day. Our communities come together to remember those who have died of the illness. We also come together to increase awareness and challenge stigma. I still carry Richard's light in my heart.