Here's a programming note if you're a classic film & TV devotee who gets cable's TCM (Turner Classic Movies). A special starring Richard Burton airs this Friday at 8pm Eastern. Many people of a certain age will remember Burton's scandalous love affair with Oscar-winner Elizabeth Taylor when they united on location to shoot their lead roles in the 1963 epic, CLEOPATRA. The love affair was scandalous because each was married to someone else at the time. 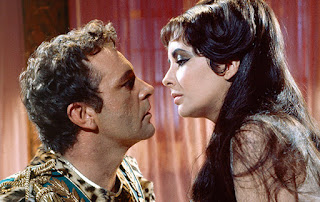 They got free of those relationships, made their love affair legit and made international entertainment news headlines with their lush and lusty marriage. The Burtons made films together ranging from fair and campy -- like 1968's BOOM -- to excellent -- like 1966's WHO'S AFRAID OF VIRGINIA WOOLF?  The latter brought Richard Burton one of his Best Actor Oscar nominations. It earned Elizabeth Taylor her second Oscar win for Best Actress.  Those two knew how to live and they knew how to act. 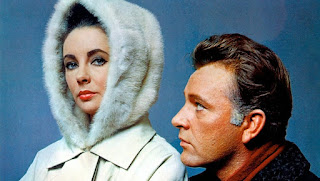 Elizabeth Taylor had five Best Actress Oscar nominations to her credit. Husband Richard Burton had seven to his credit. The first one came in the Best Supporting Actor category for his Hollywood screen debut opposite Olivia de Havilland in 1952's MY COUSIN RACHEL. 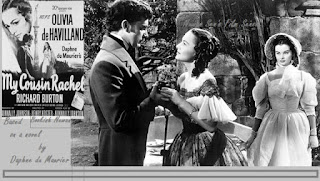 He had Humphrey Bogart and Lauren Bacall to thank for helping him land that role. His remaining six nominations were in the Best Actor category. Besides his high-profile marriages to Elizabeth Taylor (they married, divorced, remarried, divorced again), never let it be forgotten that he was one of the most-acclaimed actors of our time on stage and screen. 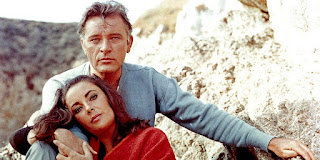 Before he and Elizabeth Taylor united for CLEOPATRA, both had acted in works based on literature by the Bronte Sisters. When she was a child actress, she was in 1944's JANE EYRE based on the novel by Charlotte Bronte. In 1958, a few years after his Hollywood debut, Richard Burton played Heathcliff in a special CBS TV adaptation of WUTHERING HEIGHTS based on the novel by Emily Bronte. The wonderful Rosemary Harris starred opposite him as Catherine. 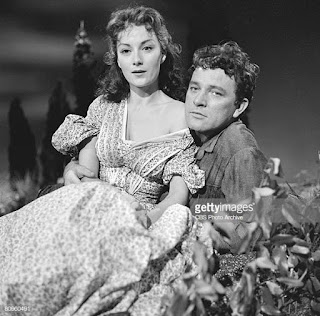 Today's generation knows her as Aunt May from SPIDER-MAN movies. A revered Broadway star, Harris learned her part for CBS in only four days. Burton's rarely-seen WUTHERING HEIGHTS will air on TCM this Friday, December 6th, at 8p ET.

How do I know that Rosemary Harris memorized her WUTHERING HEIGHTS part in only four days? I do my homework. And I wrote the TCM host scripts for that night of Richard Burton features. Let's see how much of my writing made the final cut.
at December 04, 2019