The Sounds of MAKING WAVES

Trust me on this. If you love the art of filmmaking, if you want to be awed by some Hollywood film history that you probably did not know before, if you want to see a fascinating new documentary from a female director, put 2019's MAKING WAVES: The Art of Cinematic Sound on your list. You will see -- and hear -- how 1933's KING KONG was one of the most revolutionary and innovative films in the area of sound design, a film that continued to influence movie production decades later... 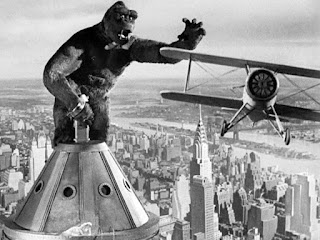 ...you'll learn how feeding a bear a snack gave Chewbacca his voice for STAR WARS... 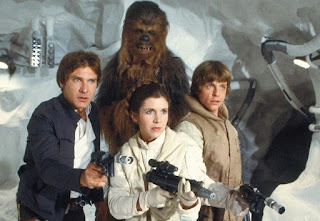 ...and you'll learn how Barbra Streisand helped open the door to a new era in sound quality. 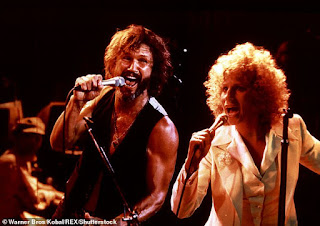 Classic film footage, behind the scenes footage, home movies, interviews and archive news footage are seen in MAKING WAVES. Ever since Al Jolson spoke and sang in 1927's THE JAZZ SINGER, sound has been 50% of what we enjoy about a film. MAKING WAVES salutes the artists who provided sound effects, music, actors voices and natural sounds. It's all an art, an art that often goes unnoticed. I've been passionate about films ever since I was in elementary school. When I was a youngster, 1962's THE MIRACLE WORKER aired on TV. One moment in the opening credits had a major impact on me. The viewer is given an idea of what it was like to be little deaf and blind Helen Keller. In the scene, there's a close up of a big bulb decoration on a Christmas tree. It falls off and shatters on the floor. But there's no sound when it hits the floor. 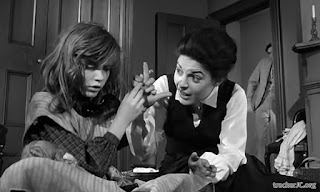 In my middle school years, Hollywood studios would still re-release classic from their library for special weekend screenings. So, my little sister and I got to see some famous films on the big screen as a Saturday matinee. One film was George Stevens' 1953 classic western, SHANE. In that film, Jean Arthur's fronter wife and mother says, "We'd all be much better off if there wasn't a single gun left in this valley -- including yours." She says that to Shane. 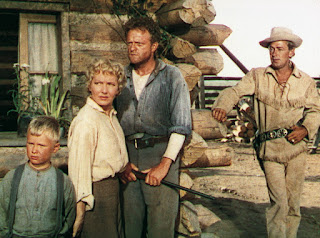 The gunshots in SHANE gave me start. They were disturbing. They seemed louder than gunshots in your usual western. About ten years later in one of my film courses in college, I learned the increased volume for the gun violence was the intent of director George Stevens. Warren Beatty was influenced by this and used a similar sound design for the gunfire in his 1967 production, BONNIE AND CLYDE. I heard Beatty talk about that in an interview. Beatty is not in MAKING WAVES. However, you will see and hear from Steven Spielberg, Robert Redford, Ang Lee, Ryan Coogler, George Lucas and Barbra Streisand. Click on the link to see a trailer:

In addition to all the great film history, you will see how following one's artistic passion, a passion that started to manifest in childhood, can benefit the arts if people find an outlet for their creative contributions. You'll see how failure and being broke can, in an odd way, stimulate your creativity as you get up and try again. We see a fresh-out-of-film school guy named Francis Ford Coppola as the unlikely choice to direct the big Hollywood studio adaptation of a Broadway musical comedy. He directed screen legend Fred Astaire in 1968's FINIAN'S RAINBOW. Coppola's production company released the 1971 sci-fi drama, THX 1138. George Lucas made his directorial debut with that film. It was such a flop that it shuttered Coppola's production company. Coppola got the director job on a project rejected by about a dozen other directors. It was THE GODFATHER. Lucas directed a 1977 action/adventure movie that Hollywood executives felt would get booked mostly in drive-in movie theaters. It was STAR WARS.

I did not think that the 1976 remake of A STAR IS BORN, starring Barbra Streisand and Kris Kristofferson, was as strong as the 1937 and 1954 versions. But I loved the rock concert numbers because, in the movie theater, they sounded like live rock concert performances. When the movie was in post-production and getting preview screenings, there were articles reporting Streisand's detailed involvement with the sound technicians. The 1976 article gave the attitude that Streisand was being an overbearing star performer. She was not, as MAKING WAVES details. She had an idea for better sound quality. She was advancing the art, opening up sound design in a way that benefitted the field for future films. Women are respected artists in the sound field. We hear from two who gave special sound effects to the macho movie hits TOP GUN and BRAVEHEART.

I loved MAKING WAVES: The Art of Cinematic Sound. Directed by Midge Costin, she gives us a totally cool documentary that's 95 minutes of "must-see" for serious fans of film and film history. One more thing: See this documentary and you will have an even deeper appreciation for that moment in the 1995 indie comedy, LIVING IN OBLIVION, when the indie movie crew member calls out "Room tone!"