During my first professional TV job, as an entertainment & lifestyles contributor on Milwaukee's ABC affiliate, I did the majority of my work for the Milwaukee edition of a popular early 1980s syndicated show called PM MAGAZINE.  Some of the PM MAGAZINE hosts seen across the country were Matt Lauer, Leeza Gibbons, Mary Hart and Steve Doocy (now of Fox News).  I got national exposure when some of my 6-minute celebrity interview pieces were picked up for syndicated airing.  One of my first pieces to go national was an interview with a bright new film star -- a remarkably gifted young actress named Meryl Streep. 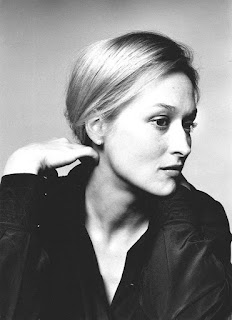 She was promoting her new 1982 film, SOPHIE'S CHOICE.

That interview moved me up the ladder at the Milwaukee TV station.  I went from part-time to full-time.

The next time I interviewed Meryl Streep, I was working in New York City and she was the sole guest for an edition of my VH1 talk show in its premiere week.  I've been nominated for one award in my entire career.  That 1988 Meryl Streep interview on VH1 when she was promoting A CRY IN THE DARK (known overseas as EVIL ANGELS), brought me a CableACE nomination for Best Interviewer. 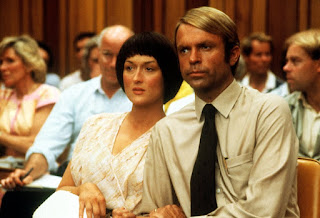 I lost to Larry King.

My next encounter with Meryl Streep was not an interview.  It was at a 1998 awards luncheon one weekday afternoon in New York City.  I wasn't feeling appreciated at my local New York City TVnews workplace back then, but I was staying because it was a job.  Meryl Streep said something inspirational to me.  She made me realize I could do better for myself. 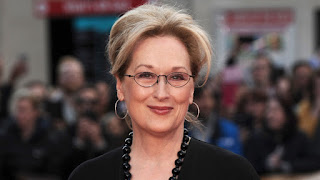 Keith Price and I talk all about it.  We're just a couple o' Black men in the AARP category trying to bring some color to the film & theater discussion scene. Click here to hear us talk about Magic Meryl.  Meryl Streep is EVERYTHING: