Today, I logged onto Twitter and saw an article posted from The New York Times.  The article was tweeted as follows: "Here are 10 films that demonstrate the breadth of Jerry Lewis's talents as an actor, comedian, and director."  It's neither the first nor the only tribute to Jerry Lewis I've seen in print since the news of his death broke. 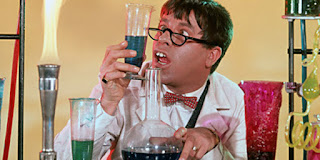 Something about this really irks me.  I'm reminded of a line that screenwriter Joe Gillis, the murdered narrator in Billy Wilder's SUNSET BLVD. says as his dead body is being pulled out of a Hollywood swimming pool:  "Funny, how gentle people get with you once you're dead." 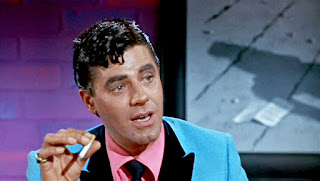 Late last year, an interview Jerry Lewis gave for The Hollywood Reporter went viral.  Lewis appeared, frankly, old and difficult.  He was being monosyllabic in his answers.  The 7-minute interview video was described as "awkward and awful" and a "trainwreck."  Some folks commented on social media that Jerry was always "a jerk." 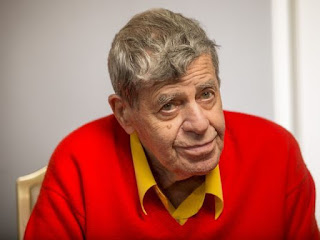 Today, however, he's a genius.  Now America realizes why he was a filmmaker revered and honored by the French.

This is a cycle I wish we would reverse itself now that we have benefit of social media.  Instead of folks writing detailed tribute blog pieces and print articles on an entertainer who has just died, I wish such pieces would be written while the person is still alive and perhaps really be in need of the attention and appreciation.

Robert Osborne, the late TCM host and Hollywood journalist, said something about Marilyn Monroe that was so achingly true.  When Billy Wilder's SOME LIKE IT HOT came out, a film now considered to be one of the best classic comedies of all time, all the raves went to Jack Lemmon and Tony Curtis.  Lemmon scored a Best Actor Oscar nomination for his performance.  Marilyn Monroe didn't get bad reviews, she was just overlooked by the entertainment press as an actress.  She was seen more as The Sex Symbol.  The Blonde.  She never got an Oscar nomination in her short lifetime and career.  But try to imagine SOME LIKE IT HOT without her.  Look at all the books and articles praising her unappreciated talent that came out after her untimely death.  She truly is a Hollywood icon who still gets national news attention whenever a previously unseen set of photos of her is discovered. 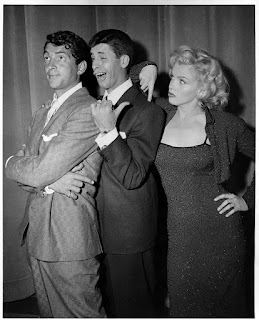 Comedy is hard work.  Musical comedy is even harder.  She was brilliant at both and made them look effortless.  She had magnificent comic timing.  Look at two 1953 comedies in which a young female entertainer in New York City is out to land a husband.  There's the clunky black and white romantic comedy, THE MOON IS BLUE and there's the colorful musical comedy GENTLEMEN PREFER BLONDES. 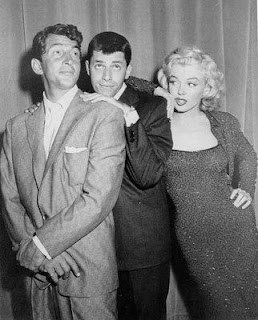 Maggie McNamara was a good actress but her pert and proper character in THE MOON IS BLUE irritates me.  I find her cold, calculating, selfish and -- with a lady-like exterior -- she's aggressively using her virginity as a marketing tool to hook a middle-aged man who will marry and take care of her.  Monroe as Lorelei Lee in GENTLEMAN PREFER BLONDES is honest, dumb like a fox, and the most loyal friend a girl could have.  Broadway greats Chita Rivera and Gwen Verdon talked about performing the choreography of Jack Cole.  His dance moves were complicated, original and fabulous.  Monroe, not a trained dancer like Verdon and Rivera, performs Jack Cole choreography as she sings "Diamonds Are a Girl's Best Friend" as if she was born to do it in GENTLEMEN PREFER BLONDES.  And, as a vocalist, she had a great way with a jazz number.  She sings, she dances, she does some excellent and memorable comedy work in that film.  Who got an Oscar nomination for Best Actress?  Maggie McNamara for THE MOON IS BLUE.  Watch both those movies over a weekend.  Then tell me which lead female you would have nominated for Best Actress.

Imagine if some of those lovely articles praising the unappreciated talents of Marilyn Monroe had been printed for her to read when she was alive.

Days before Jerry Lewis died, I'd written a blog post called "Comedies You'd See Again" dated August 13, 2017.  In it, I wrote that if you asked film critics and film enthusiasts what 10 classic films they would that take to watch during a 2-week vacation, no one would've mentioned a Jerry Lewis comedy.  Film snobs would've mentioned deep-dish dramas like CRIES AND WHISPERS, THE EXTERMINATING ANGEL, TOKYO STORY and SANSHO THE BAILIFF.  Even if one of those folks had seen Lewis' THE NUTTY PROFESSOR or THE LADIES MAN twice as many times as he'd seen those classic dramas, he would not have put the Lewis films on the list for fear of not seeming intellectual and cultured.  That's just my opinion.  And I've been guilty of that myself.

I was stunned by the extraordinary NAPOLEON, Abel Gance's 1927 silent film from France.  It runs about 5 1/2 hours.  I've paid to see it twice.  I've seen NAPOLEON DYNAMITE about 20 times on DVD.  When times were rough for me, NAPOLEON DYNAMITE could always make me laugh.

I think you get my point.  Let's appreciate people while we still have them in our lives.  Even if they've been difficult.  Maybe they're being difficult because they don't feel appreciated for the hard work they've done.