If her name came up in a sitcom category on JEOPARDY, it would be connected to THE ADDAMS FAMILY, the entertaining ABC sitcom in the 1960s based on the highly popular magazine cartoons from Charles Addams about a ghoulish and bizarre but loving family.  With her oval-shaped face, expressive eyes, high forehead and the hipster vibe she could so deliciously project, Carolyn Jones was perfect to play Morticia Addams in the network TV series. 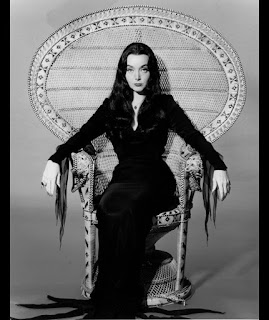 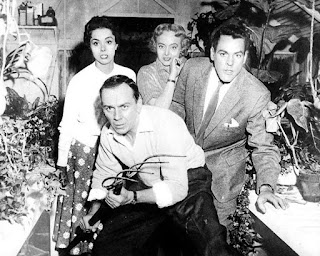 And, man, could she act!  Carolyn Jones was one of those actresses who could take a small role, give it that little something extra, and make you remember her as much as you remembered the stars in the lead roles. 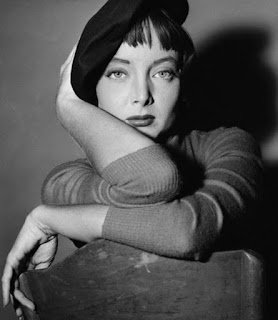 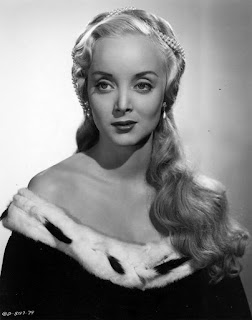 Look at the two comedies she appeared in with Frank Sinatra.  When I was a kid, one of my favorite fun movie to watch on TV was -- and still is -- THE TENDER TRAP starring Sinatra, Debbie Reynolds, Celeste Holm and David Wayne.  Sinatra plays a Broadway theater agent who is juggling project and girlfriends.  Debbie, of course, stars as the talented performer who wants marriage more she wants stardom and will upset the playboy's apple cart.  In that breezy romantic comedy, I always love Carolyn Jones as the always punctual, always business-like dogwalker who walks the agent's dog and is one of his girlfriends.  Jones gives that minor character an eccentric rhythm that is so much fun to watch.

She had a larger part, a supporting role, opposite Frank Sinatra in A HOLE IN THE HEAD as the sexy free spirit who digs having the single dad as a playmate but is frustrated by his being anchored by commitments. He can't be a free spirit too. He has a little boy.  In those two roles, notice that she's not a raven-haired female like Morticia.

What I wrote about her ability to take a small role and make it stand out was evident in her first big screen assignment.  She's a brassy, sassy, smart blonde in 1952's THE TURNING POINT starring William Holden and Alexis Smith.  In 1953's HOUSE OF WAX, she's Cathy, the blonde friend who gets coated in wax by the psycho villain.   In Billy Wilder's 1955 comedy, THE SEVEN YEAR ITCH, the middle-aged, ordinary married man has short Thurber-like mental fantasies while his wife's away on vacation on the Marilyn Monroe character is renting a room upstairs in his building. In one, he's a hospital patients who arouses the uncontrollable lust of a redheaded night nurse.  She's so lusty that security has to carry her out of the hospital room against her will.  That screaming redheaded nurse was played by Carolyn Jones. 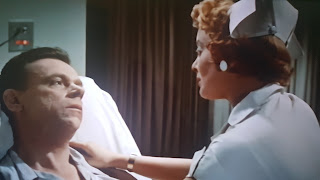 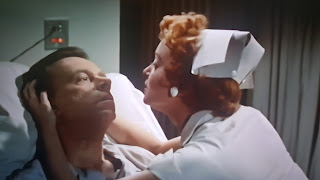 Whether she was an extra, a bit player, a supporting character or the lead, Carolyn Jones always stood out.  She always popped onscreen.  It's been years and years since I've seen this movie but I remember the electricity she gave to a small role in the 1957 drama, THE BACHELOR PARTY. Paddy Chayefsky wrote the screenplay and she, with dark hair, plays The Existentialist.  The first time I saw this film, I was in middle school and it was on local TV in L.A.  I didn't know what an Existentialist was.  But her look, her talent, her performance gripped me.  In later years, when I was a young adult and it played on TV, it gripped me even more.  One line she did burned itself into my heart.  One of the bachelor party guys tries to kiss this hipster chick.  She says, "Just say you love me.  You don't have to mean it." 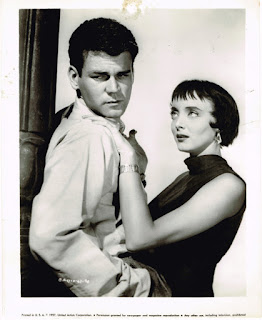 Carolyn Jones got a Best Supporting Actress Oscar nomination for that performance.

This week, I watched another Carolyn Jones performance that I first saw on TV during my L.A. youth.  It's my favorite of her screen performances.  She was a dogwalker for a theatrical agent in THE TENDER TRAP.  In Paramount's 1959 drama, CAREER, she plays a theatrical agent.  She's a brunette in this one and she just about steals the picture.  No small feat considering the stars are Anthony Franciosa, Dean Martin and Shirley MacLaine.  Franciosa is the likeable, talented actor who won't compromise, won't play the game and is so obsessed with his career that his personal life suffers.  When we meet him, he's a waiter in a Broadway restaurant.  There's a touch of gray in his hair.  He's still going to auditions.  We see his life in flashback when someone who is obviously special to him from his past enters the restaurant for dinner. 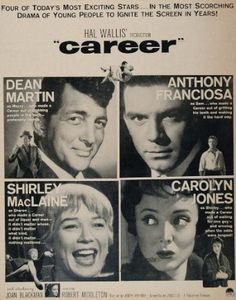 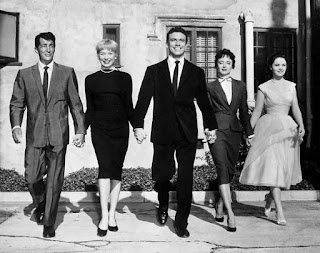 Being older now, and an entertainment industry veteran, I've grown into her performance.  Shirley Drake, the unmarried New York City theatrical agent, was once an actress.  And a talented one, as she tells talented hopeful actor Sam Lawson (Franciosa).  She had talent and she went from show to show to show.  Then, one day, she couldn't get work.  And that day lasted for years.  Jones gives the character a frankness and a sense of realism that is never bitter.  In her career and in her life, she played the hand she was dealt.  She becomes Sam Lawson's loyal and honest agent. 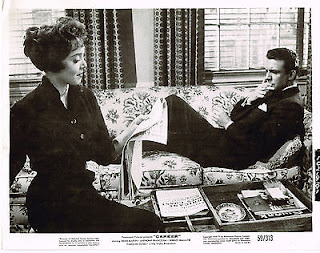 Turner Classic Movies often puts a TCM Spotlight on a certain star.  I feel that Carolyn Jones deserves to be in the TCM Spotlight.  She was one talented actress whose work should not be forgotten.  When we baby boomers were in grade school watching THE ADDAMS FAMILY on ABC, Carolyn Jones was in the entertainment news headlines due to her high profile divorce from TV producer Aaron Spelling.  She'd married him 10 years prior when he was unknown and struggling.  She helped his career.

Reportedly, there was serious interest in Carolyn Jones playing Alma in 1953's classic, FROM HERE TO ETERNITY. A case of pneumonia took Jones out of consideration.  Donna Reed got the role and the Oscar for Best Supporting Actress.  Wow.  Jones also could've been powerful as Alma in FROM HERE TO ETERNITY.  Hollywood should have utilized the impressive Carolyn Jones skills way more than it did in good supporting and lead roles.  There was a passion, intelligence, honesty, depth, wit and spark that lit up her performances.

The versatile and talented Carolyn Jones was taken from us way too early.  She succumbed to colon cancer at age 53 in 1983. 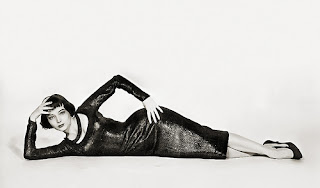