Eddie Muller is a popular new host on TCM.  He's seen on Sunday mornings as the host of TCM's Noir Alley.  As you can probably guess, his weekend show is devoted to those gritty black and white dramas called film noir.  Eddie Muller is seen in a short TCM feature called "Rebels Without a Code" in which he details characteristics and details of classics in the film genre.  One movie he highlights is the 1949 trucker drama, THIEVES' HIGHWAY directed by Jules Dassin.  You can always count on film noir for having street-wise dames.

Muller is a San Francisco writer and film historian.  In his TCM Noir Alley, he focuses on one sizzling scene in THIEVES' HIGHWAY.  The film starred Valentina Cortese and the under-appreciated Richard Conte. 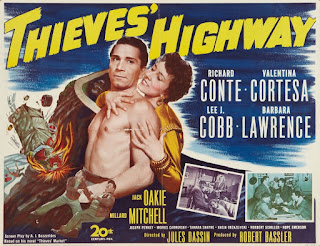 The film noir genre peaked after the war.  It knew how to detour around the prissy Hollywood Production Code rules and show a darker, more realistic world.  Muller loves the scene in which Cortese plays tic-tac-toe with her finger on the bare chest of Richard Conte.  It's erotically charged displays and a bolder, more mature sexuality than Hollywood studio films before World War 2 did. 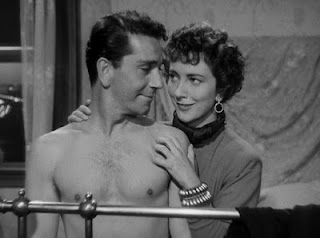 Here's some trivia for you.  A Paramount comedy released in 1948 beat 1949's THIEVES' HIGHWAY.  The comedy is called MISS TATLOCK'S MILLIONS. 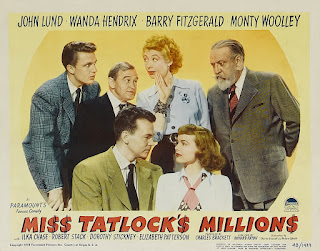 John Lund (the leading man in Billy Wilder's A FOREIGN AFFAIR starring Marlene Dietrich and Jean Arthur) plays a Hollywood stunt man for Ray Milland.  Barry Fitzgerald plays the guy who sees that he bears a striking resemblance to a long lost heir in Southern California.  He hires the stunt man to pretend to be the found heir so his sweet, innocent heiress sister can claim her fortune instead of it going to greedy, freeloading relatives.  The heir is...well, sort of a happy-go-lucky idiot.  The kind of character that Jerry Lewis would've been assigned by Paramount in a few years.  Wanda Hendrix plays the sweet heiress sister.  Of course, the stunt man falls for her while pretending to be her eccentric brother.  She had a habit of doing some finger business on the lunatic brother's bare chest that would delight him like he was a toddler.  She does it to the stunt man and he gets an erotic jolt. 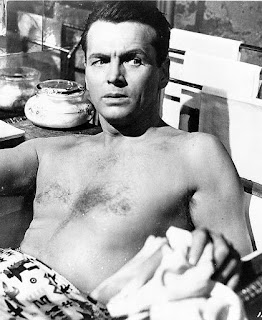 She does it more than once.  When she does it to him at the beach, he has to make a mad dash for the water.  Sort of the equivalent of taking a cold shower.

And there you have it.  The bare chest play in Fox's 1949 film noir thriller, THIEVES' HIGHWAY, is memorable.  But it wasn't the first time it was done in a movie.  Paramount had bare chest play in the 1948 screwball comedy, MISS TATLOCK'S MILLIONS. Tell that piece of movie trivia to TCM's Eddie Muller. 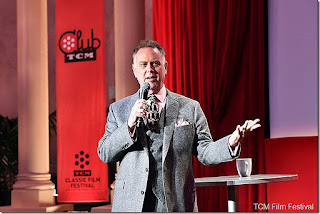