I Will Miss Mike Hodge

He was President of our New York chapter of SAG-AFTRA.  I've been a proud union member since the 1980s.  I grew even prouder when Mike Hodge was our president.  He got things done.  For one year, I had the privilege to serve on the New York City board with him.  To me, Mike was an excellent president and he was also an excellent actor with Broadway, film and TV credits.  He was also one of the kindest people I knew in New York City during a rough period in my life. 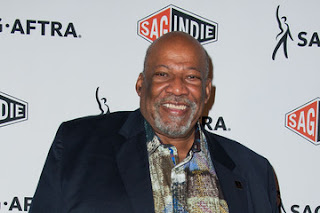 As it did millions of others, the Great Recession hit me with a brutal punch.  Money I'd saved from my modest income as a TV host & entertainment contributor had gone to help my mother with her house.  I was knocked down by layoffs in two jobs within two years.  I could not get work.  I could not get representation to help me get work.  I lost my apartment and most of the belongings in it.  Come the end of 2011, I was living with relatives outside of Sacramento, praying for work and guidance.  I had no job, no checking account, no credit card and no unemployment.  I was interviewing for jobs via Skype.  Until my computer blew out.  Mike Hodge kept in touch with me and told me not to give up. 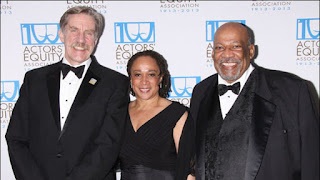 While outside of Sacramento, I got an August 2014 invite to be a guest film reviewer & historian on a cable show taping in New York City.  I accepted.  My terrific flight attendant cousin got me a free stand-by ticket.  I'd be in Manhattan for two weeks, staying at a friends' apartment and stretching a little cash of my own plus $100 from my mom.  Two weeks in New York were a chance to wear out my shoe leather and hunt for employment.  Which I did.  When the two weeks were nearly up, another friend invited me to crash on a couch for a few weeks more and continue my hunt. Then another friend offered me a couch.  Here and there, I started to get a few days of work.

Mike Hodge sent me a text message and when I told him about my luck sleeping on spare couches in friends' NYC apartment, he texted back "I love life, don't you?"

I texted, "It feels miraculous."

Hodge replied, "And that's what life is."

During my long, long stay, he invited me over to the SAG-AFTRA offices right across from Lincoln Center and he took me to lunch.

He had total empathy for my rough patch.  He'd been through a similar one himself.  He really opened up about that to me.  He was generous with his time, his sage advice, his compassion and humor.

He continued to stay in touch and to tell to me I "offer a very rare skill set" as a TV performer and writer.  He'd followed my career.  Mike Hodge made me feel very significant in his life.  He was like a big brother who always gave me hope.  As a union member, I knew full well to my soul that President Mike Hodge had my back.  He was a force as a unionist.

I gasped in shock early Monday morning when I got on Twitter to see news headlines and found the report that he'd died suddenly at age 70.

I shall miss him so very, very much.  Mike Hodge was a remarkable, gentle man. 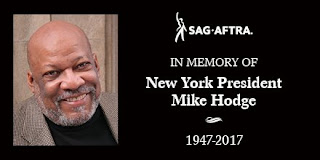