Before Barbra Streisand, before Penny Marshall, before Jodie Foster and other celebrated actresses who took their talents behind the camera as directors of feature films, there was Ida Lupino. I've written about her in previous blog posts and I've been fascinated with her ever since I was a kid back home in Los Angeles. You know that she delivered some solid screen performances in Hollywood films such as THEY DRIVE BY NIGHT (1940), HIGH SIERRA (1941), THE HARD WAY (1943), THE MAN I LOVE (1946), LUST FOR GOLD (1949), ON DANGEROUS GROUND (1951) and THE BIG KNIFE (1955) to name a few. 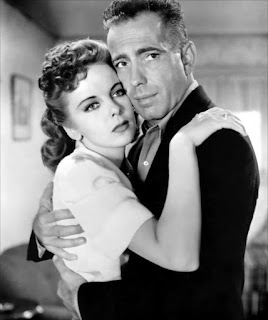 You know that, starting in 1950, she added "Director" to his onscreen credits in a number of tough, black and white dramas that did good business at the box office. She was a working actress and a working film director in the 1950s, a true trailblazer in Hollywood. 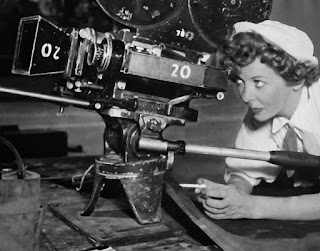 Today, the late Ida Lupino is getting the respect and attention she long-deserved as a groundbreaking woman filmmaker in the film industry. 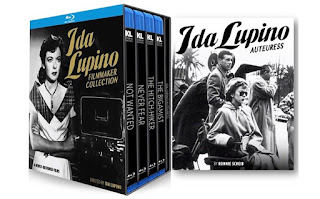 Did you know that, in the 1950s, Ida Lupino was a sitcom star on TV in a sitcom that co-starred her real-life husband, Howard Duff? On 1957's MR. ADAMS AND EVE, they played a married show biz couple -- two famous Hollywood actors, Howard Adams and Eve Drake. TV viewers followed the couple's comical Hollywood life as the two dealt with work and family. 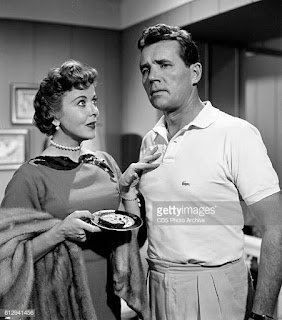 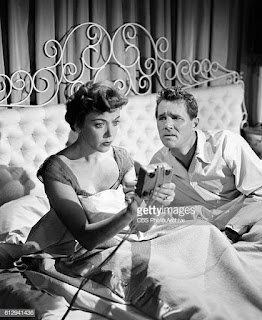 In 2006 to 2008, I worked on-air with Whoopi Goldberg. She hired me to be a regular on her weekday morning radio show that aired nationally out of New York City. In one show, we were discussing classic TV history. I said, "When I was a kid, if you watched a network TV episode and that episode was directed by a woman, that woman was..." and then Whoopi and I said simultaneously "Ida Lupino."

Do you want to be impressed some more with how Ida Lupino shattered the glass ceiling in Hollywood? Look her up on imdb.com. Click into her "director" category and be amazed at her extensive list of credits as a TV director in the 1950s and 60s when that field was predominantly a boys' game. Ida Lupino directed westerns, thrillers, medical dramas, detective shows and sitcoms. She directed episodes of ALFRED HITCHCOCK PRESENTS, HAVE GUN - WILL TRAVEL, THE FUGITIVE, THE UNTOUCHABLES, DR. KILDARE, THE RIFLEMAN, BEWITCHED and GILLIGAN'S ISLAND.

I say that Ida Lupino should have made the list too. Maybe the decades.com writers don't know about her trailblazing TV credits.