Notes on CNN: THE MOVIES

Sunday night I watched the 2-hour CNN original presentation, THE MOVIES.  The docu-series edition took us back to the 1980s.  Yes, as usual, I was extremely curious to see if there would be any Black film critics, historians or veteran entertainment reporters giving comments. Overall, last night's edition made me feel as if I'd already seen it. A lot of the information wasn't exactly new and many of the viewpoints weren't exactly fresh.  It was not a bad presentation. It just needed jolts of something original in this CNN Originals production. The 80s was the decade that shaped, accelerated and expanded my TV career. I was working on the ABC affiliate in Milwaukee as a weekly movie critic on the city's edition of PM MAGAZINE, a popular syndicated evening program in those days. For the show, I also did celebrity interviews thanks to film promo junkets held in New York City and Los Angeles. Several of my celeb interviews were 6-minute features that PM MAGAZINE put on its national reel. This was major for me. Not only did it expand industry awareness of me, I was the first African American seen conducting several celebrity interviews on the PM MAGAZINE national reel. In 1982, as a week of "Countdown to the Oscars," PM MAGAZINE aired a number of my celebrity interviews as main features. You saw me with Meryl Streep (SOPHIE'S CHOICE), Jessica Lange (TOOTSIE and FRANCES), Ben Kingsley (GANDHI) and Richard Attenborough (director of GANDHI). They all won Hollywood gold on Oscar night. I was keen to see the Sunday night's CNN focus on films of the 80s. 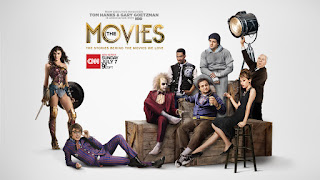 Here's an example of what I mean when I say it needed some fresh information. When the hit comedy 9 TO 5 was discussed, people commented on how women's roles in society were changing and the pleasant surprise of seeing country singer/songwriter Dolly Parton take charge on-screen as a sexy, shapely, no-nonsense, professional secretary. If I was a segment producer or writer on the docu-series, I would've pitched a spotlight on Goldie Hawn. Hawn won the Best Supporting Actress Oscar for the 1969 comedy, CACTUS FLOWER, after having hit big with TV viewers as the ditzy blonde on the NBC sketch comedy series, LAUGH-IN. In real life, Hawn was never ditzy. In the 80s, she became a top producer and produced herself to a Best Actress Oscar nomination for the comedy 1980 comedy, PRIVATE BENJAMIN. This movie was such a big hit that PM MAGAZINE did a feature called "Real Life Private Benjamin," having found an everyday young woman who enlisted. Hawn went on to produce the movies OVERBOARD, PROTOCOL and WILDCATS. PRIVATE BENJAMIN scored a box office victory. 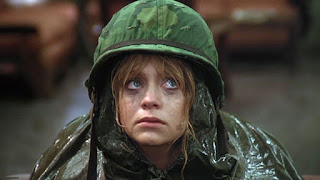 With 1986's WILDCATS, producer and star Goldie Hawn fulfilled me as a moviegoer than John Hughes did with his teen comedies. WILDCATS, like the highly popular John Hughes comedies, focuses on high schoolers in the Chicago area. Hawn becomes the rookie coach of the school's football team.  Keep in mind, I worked in Milwaukee and made many visits to nearby Chicago for work and entertainment.  In Hawn's high school teen comedy, I saw my world represented. The students were white, Black and Latino on the field, in the classrooms and in her home. The Hughes teen comedies lacked racial diversity. You didn't see Black students. During the SIXTEEN CANDLES junket, I gently brought up to the late Mr. Hughes that it would be cool to see some Black kids in his comedies.  I never, ever heard white film critics bring up that point of racial exclusion in the casting of John Hughes movies. But I noticed it and mentioned it. By the way, I hated his portrayal of an Asian teen with his Long Duk Dong character in SIXTEEN CANDLES. That was like if he had added a not-too-bright Black teen foreign exchange student and called him "Buckwheat." You take FERRIS BUELLER'S DAY OFF with its cast of white characters. I'll take Goldie Hawns' WILDCATS with its racially diverse cast that included two screen newcomers on the high school football team -- Woody Harrelson and Wesley Snipes. 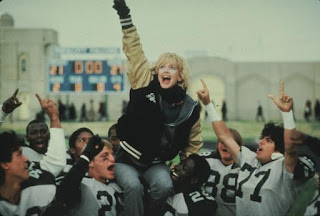 What about Penny Marshall having followed in the footsteps of actress-turned-director Ida Lupino? The former ABC sitcom star directed fellow former ABC sitcom star Tom Hanks to his first Oscar nomination. He was a Best Actor Oscar nominee for 1988's BIG, directed by Penny Marshall. With 1989's A DRY WHITE SEASON, director Euzhan Palcy became the first Black female filmmaker to direct an actor to an Oscar nomination. For his performance in A DRY WHITE SEASON, Marlon Brando was an Oscar nominee for Best Supporting Actor.

See what I mean? Last night's edition could've given us some new juice. Here's a little side-note tidbit for you. One of the commentators in Sunday's CNN: THE MOVIES said that Steven Spielberg's E.T. the EXTRA-TERRESTRIAL should have won the Best Picture Oscar instead of GANDHI. On my old VH1 talk show, I did a one-on-one interview of the late, great vocal actor Mel Blanc. I interviewed him in his home just two months before he passed away. Mel Blanc treated me like we were old pals. Off-camera, he was blunt about his dislike of young Steven Spielberg. Spielberg had insulted Blanc by asking him to audition before doing some cartoon voices in 1988's WHO FRAMED ROGER RABBIT. Blanc also told me that young Spielberg would hire older skilled veterans on his productions and not ask for their input. He just wanted them to follow his orders. I thought of what the veteran director said to angry producer Jonathan Shields (Kirk Douglas) in THE BAD AND THE BEAUTIFUL. Mel Blanc said that Steven Spielberg needed to learn humility as a director and Hollywood would not give him the Oscar until he did. 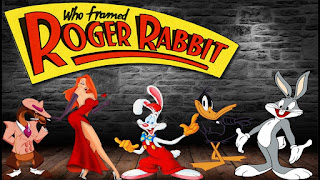 Finally, Black people commenting on films. I watched the first half hour of CNN: THE MOVIES and did not see one Black critic, historian or fan comment on the movies of Spielberg, Sidney Lumet, Lawrence Kasdan or James L. Brooks. Forty minutes into the special, when the topic was Eddie Murphy movies, bam! We saw four Black people talking about Eddie Murphy. One of them was the late director/writer John Singleton whose classic BOYZ N THE HOOD  was greatly influenced by John Ford classics.

It was great to see the four African Americans but it wasn't exactly inspired casting, if you know what I mean. It was sort of expected. Like in the pre-Vanessa Williams era when we watched the Miss America pageant on network TV. If there was a Black contestant, you just knew she'd only walk away with the Miss Congeniality trophy.  If white guys like actor Alec Baldwin and Sean Baker, the director of 2015's TANGERINE, can comment on white actors and black films, let us do the same thing. We can.
at July 08, 2019