Go to Netflix and look for this face. It's the face of a young man who touched my heart and had me giving out with some solid belly laughs last night. He is proof that "representation matters." 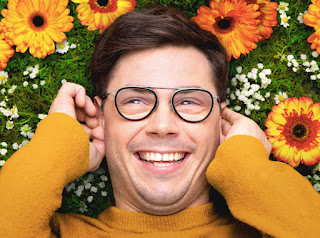 In 1986 when William Hurt won the Best Actor Oscar for playing an openly gay man in KISS OF THE SPIDER WOMAN and in 1994 when Tom Hanks also won the Best Actor Oscar for playing a gay man in PHILADELPHIA, gay entertainers were not plentiful on television. Both of those Oscar winning actors are straight. When they took home their Hollywood Golden Boys, real life gay actors were still cautious about coming out for fear of losing employment and income due to discrimination. Things are different now. If you're a young, attractive gay white male in America, you have no problem finding a representation yourself on TV and in films.  On national television, real gay men like Anderson Cooper give you the news ... 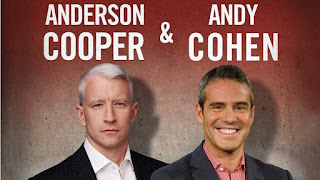 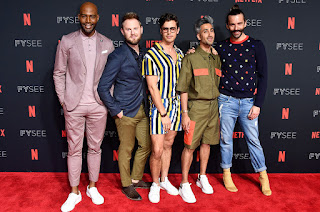 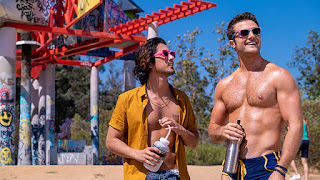 I've been spending a great deal of family time with my sister in the Twin Cities area. I was there for the Minneapolis Pride March. On the local evening news, there was a nice feature on the Pride rally happening in a Minneapolis park. The rally had musical entertainment and plenty of food stands. Most of the men didn't look like a Ricky Martin or members of the Queer Eye team. They looked like Larry the Cable Guy.

This brings me to the unique and refreshing young dude you see in the first photo I posted. He's the creator and writer and star of a sitcom I recently found on Netflix. His sitcom earned him a couple of Emmy nominations.  The sitcom is called SPECIAL and it follows a young man with cerebral palsy who is determined to leave the cocoon of a household he shares with his loving, over-protective single mother and find his own life, a job and some romance.  You can easily bring-watch a few episodes of SPECIAL in an afternoon because they're about 15 minutes long.

For actor/writer Ryan O'Connell, this series is semi-autobiographical. He's gay and he has cerebral palsy. He's also one of the most huggable and charming gay male characters I've seen on TV in years. I do not have a physical disability but some of the most wonderful dates I've ever had were with guys who did. I have gone on dates with a one-armed man, a blind man and a terrific guy who has multiple sclerosis. The fellow with MS and I saw a Broadway play during the Christmas holiday season. He drove into town to see it with me. After the show, he asked if I was interested in grabbing a bite and a beverage down in the Village. I was. However, it was the holiday season and I wondered about space for his car. He said "Hey, you're with me. I get handicapped parking!" And we did. What a fun date.

SPECIAL is funny. A couple of the office characters, like his boss, are a bit on the too vapid and shallow side, but I can deal with that. Ryan's charisma, sweetness and different journey kept me hooked. His gay sex scene made me laugh out loud because I remember being that awkward in a sexual situation. It may not be a steamy erotic scene but it's real and warm and original. We see a person with cerebral palsy losing his virginity and it's not a "pity hump."  Ryan O'Connell is very good. The same goes for Jessica Hecht as his mother and Punam Patel as his wisecracking, over-achieving co-worker friend. 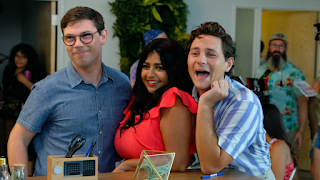 I loved seeing this diversity added to the area of gay images in entertainment.  Ryan O'Connell had me at "I'm gay and disabled and I promise not to drool on you until the third date."  I give my best wishes to SPECIAL come Emmy night.