Deneuve & Depardieu at the Disco

Yesterday morning, I read that Ethan Hawke starred in a film with veteran French star, Catherine Deneuve. Called THE TRUTH, the foreign feature will open the prestigious Venice Film Festival later this year. Two French greats are in it. Catherine Deneuve and Juliette Binoche play mother and daughter. The mother, Fabienne, is a grand luminary of French cinema. When her memoirs are published, the merde hits the fan. Her married daughter returns to Paris from New York where she lives with her American husband (played by Hawke).

Catherine Deneuve continues to captivate. I fell under her spell when I was a boy and local Channel 9/KHJ TV in Los Angeles aired the 1964 French musical, THE UMBRELLAS OF CHERBOURG, one Friday night. Deneuve starred in that candy-colored yet bittersweet story. 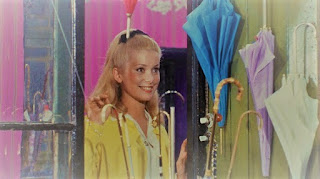 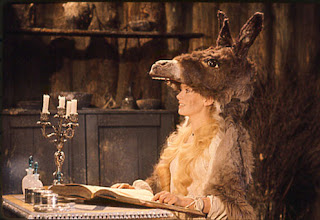 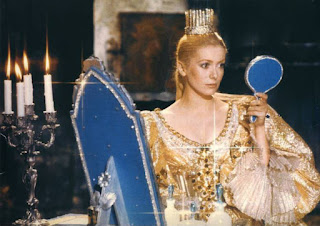 Her comedy released here in 2011 called POTICHE did not get much notice. Nonetheless, when I attended the preview screening for critics in New York City, I definitely was not the only person laughing and delightfully amused. This feminist comedy was a charmer. In addition to that, POTICHE put Catherine Deneuve and Gérard Depardieu together on a disco dance floor. What's not to love? Click onto the link below to hear my short take on POTICHE: 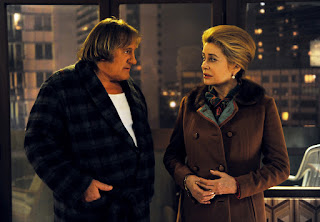 Did you listen? Now, here's a subtitled trailer to watch. I'm still surprised we haven't seen an American version of this French comedy yet.