There's a sweet and surprising communion that can occur when group of total strangers come together as one with a reverence for and an appreciation of the film arts.  This communion can result in a moment that makes the audience as memorable as the film itself. For me, one example that comes to mind quickly is the first time I saw CHINATOWN. This was long before social media and spoilers. It was the week the film opened at famous Chinese Theatre on Hollywood Blvd. in Hollywood. I was on summer vacation from school in L.A. and asked Mom if I could take the bus to the movies one afternoon. I caught a weekday matinee showing of the new movie starring Jack Nicholson and Faye Dunaway. When CHINATOWN ended and the closing credits started rolling, we all sat there in awe. Had we all just been stunned by a film that brilliant? Then people broke out into enthusiastic applause and some people gave it a standing ovation -- until a guy in a back row shouted, "It's a movie! They can't see you standing up!" Nevertheless, that was a great and memorable response from a weekday afternoon audience in Hollywood. I was in the middle of another memorable movie audience years later when I lived in Milwaukee. This audience was seated for a local revival theater showing of WEST SIDE STORY. 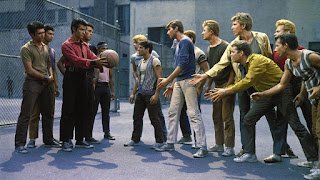 The Oriental Theatre in Milwaukee was a landmark movie palace a short walk from my East Side apartment. I was a frequent patron. The staff knew my face. The Oriental was a revival theatre showing old classics and some modern films. It was always fun to stop by the theatre and pick up a schedule to see what double bills or long single features were scheduled for the weeks to come. The Oriental had WEST SIDE STORY scheduled for one weekend in December. As fate would have it, when that weekend approached, the country recently had been shocked and saddened by the accidental death and funeral of actress Natalie Wood. I was a hardcore Natalie Wood fan. I'd watch her movies on TV. I'd take my student discount card and go see her new movie on a Saturday if I could. THE GREAT RACE, PENELOPE, INSIDE DAISY CLOVER -- I didn't care of critics liked the movie or not. If it starred radiant and lovely Natalie Wood, that was good enough for me. LOVE WITH THE PROPER STRANGER starring Natalie Wood and Steve McQueen made me want to live in New York City. She held a special place in my heart. 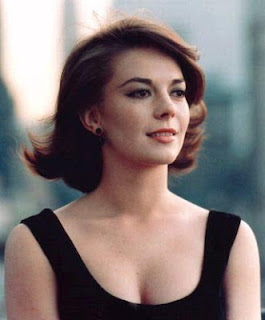 Millions of us love WEST SIDE STORY. We love it over and over again. Personally, I feel it's a work of film art. That December afternoon in Milwaukee, the Oriental Theatre was packed for the showing of WEST SIDE STORY. The recent death of Natalie Wood had surely brought many other fellow baby boomers out to see it. WEST SIDE STORY, a plea for racial tolerance released during strength-gathering days of America's Civil Rights movement, was a cultural part of our youth.

The film's heartbreaking final scene. Maria holds Tony as he lay dying, struck down by the bullet of a gang member. When the racist police detective arrives at the crime scene and walks over to Tony's body, Maria screams "Don't you touch him!" She proceeds to call out both gangs on their racial hate, the white gang that killed her brother and the Puerto Rico gang that killed Tony with their rivalry. She calls out the anger in herself too because she now has hate formed suddenly because the man she loved is dead.

WEST SIDE STORY does not open with credits. The credits came at the end with an imaginative Saul Bass presentation befitting the Manhattan city street story. There's a beautifully arranged and orchestrated closing instrumental medley.

During those closing credits, no one got up and filed out. People stayed in their theatre seats and treated the closing credits with a reverence, as if we were all in church. I believe that Milwaukee audience was paying respects to the memory of Natalie Wood.

WEST SIDE STORY was on cable TV a couple of months ago, uncut and commercial free. Yes. I lost myself in it once more.  You have it admit. That dance open with the Jets and the Sharks is one of the best opening sequences ever seen in a classic American movie musical.
When Maria goes to the dance at the gym, we see the innocent girl appropriately dressed in a virginal white dress.  She will lock eyes with Tony and it will be love at first sight in this modern day retelling of ROMEO AND JULIET. 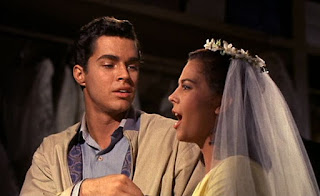 A couple of months ago as I watched it on TV, a strong aspect of the visual stood out to me. Before, it really hadn't. I just took it as costume design. When we see Maria, she's in virginal white and delicate colors.  In her final scene, with her dress and the shawl over her head, she's in the same colors her gang leader brother, Bernardo, wears in the opening dance number/street brawl. Her simple necklace with a tiny crucifix on it accentuates her inner conflict as the Catholic girl angrily clutches a gun and points it at the rival gang members. 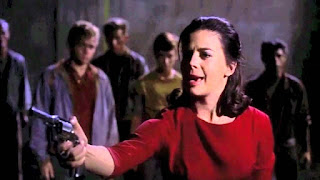 WEST SIDE STORY. I could watch it again and again. I'll never forget the reverence and affection of the Milwaukee that December afternoon in 1981.