Billy Wilder's 1950 masterpiece, SUNSET BLVD.  Gloria Swanson, who herself had been a big star in the silent film era, delivered a great and memorable performance as Norma Desmond, a wealthy and faded film star. Norma was a Hollywood queen in the silent film era. Not so much when technology caused a movie-making revolution that kicked off the sound era. Norma is a formidable cat in the Hollywood jungle who is stalking on-screen stardom one more time. She had a mysterious chauffeur named Max and into her life comes a handsome, young, cynical and broke screenwriter named Joe Gillis (played by William Holden). He needs to hit the studios to seek work but two men are out to repossess his car. Billy Wilder's film is a story that could only have happened in Hollywood versus New York City where actors and playwrights can get around via subway.  In Los Angeles, an automobile is a necessity for folks in the movie business. Three characters now live together in an aging Hollywood mansion on Sunset Boulevard. Each has been driven to a point of irresponsible behavior that involves a car. The chauffeur has a back story, the screenwriter's car is repossessed and the studio that young Norma helped make famous may now want her car instead of her. Welcome to SUNSET BLVD.  The film brought Gloria Swanson her third Oscar nomination for Best Actress. 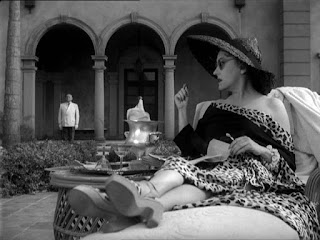 The rich and forgotten film star of yesteryear draws the unemployed screenwriter into her lair to help her pen her comeback script. He gets money and other things for this. Norma has a monstrous ego but he sees the vulnerability in her. He knows how the business has passed her by and he sees how she dwells in her movie star past. 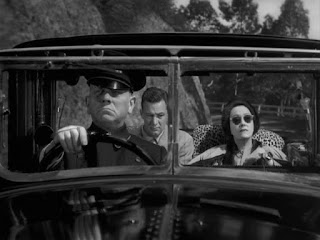 Joe tries over and over again to talk some sense into her head but that's like duck hunting with a rake. She plans to play a Biblical vamp in her comeback film, which she is co-writing. As her grip on reality gets looser, Joe Gillis snaps:  "Norma, you're a woman of 50, now grow up. There's nothing tragic about being 50, not unless you try to be 25." 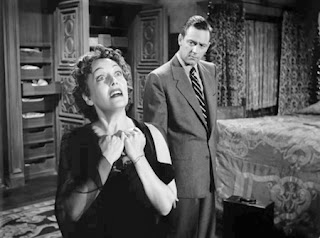 Later, Norma makes her descent into madness, believing that she's about to do a scene from SALOME for her famous director. She says, "All right, Mr. DeMille.  I'm ready for my close-up." 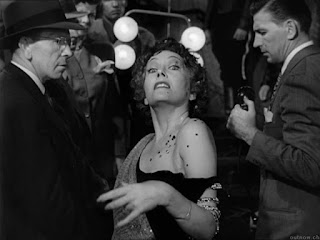 That was faded silent screen star Norma Desmond at 50.  To show you how women have staged their own revolution in images of age -- here are recent party photos of singer/actress Jennifer Lopez in an original designed by Donatella Versace. JLo celebrated her 50th birthday this week. 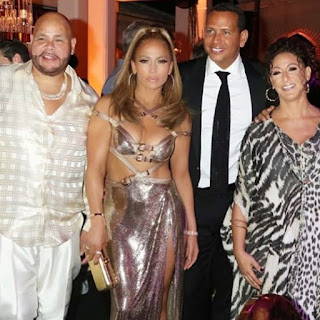 If Norma Desmond looked like that and dressed like that when she descended her Hollywood staircase, she'd have been the talk of the town the next day -- and her phone would've been ringing off the hook with requests for interviews. 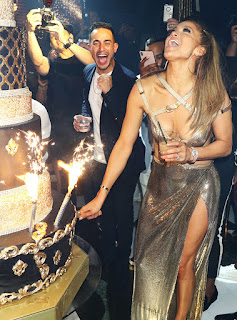