HBO aired the Hollywood satire HAIL, CAESAR! over the weekend.  It's by the Coen Brothers.  That writing/directing team is, on the whole,  loved more by high-tone movie critics than by mainstream moviegoers.  Ever since I saw 1994's THE HUDSUCKER PROXY, I could see the obvious influence classicm1940s comedies by Preston Sturges had on their style of film-making.  They borrowed a lot from him.  Just look at THE HUDSUCKER PROXY.  Tim Robbins was basically a 1940s Preston Sturges character Eddie Bracken would've played.  The only big glitch in THE HUDSUCKER PROXY is that they let Jennifer Jason Leigh do a Katharine Hepburn imitation as the ace newspaper reporter. Hepburn wasn't a Sturges-type actress.  Leigh should've gone in the Jean Arthur or Barbara Stanwyck direction.  Then there's the 2000 film, O BROTHER, WHERE ART THOU?  The title is the name of a fictional novel that plays a major part in 1941's classic Hollywood satire, SULLIVAN'S TRAVELS.  Its original screenplay is by its director, Preston Sturges.  Yep.  The Coen Brothers borrowed a lot from him.  If only they'd borrow his warmth and his love of people evident in SULLIVAN'S TRAVELS, THE MIRACLE OF MORGAN'S CREEK, THE LADY EVE, HAIL THE CONQUERING HERO and CHRISTMAS IN JULY.  Let me toss in another comedy he wrote but didn't direct -- 1937's EASY LIVING starring Jean Arthur and Ray Milland.  HAIL, CAESAR! did make me laugh despite its chilliness. 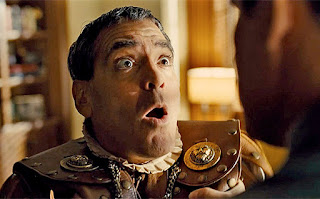 Actors hit some comedy home-runs in it.  If Ralph Fiennes was around in the 1940s, he'd have been tapped by Preston Sturges for screwball comedy work. 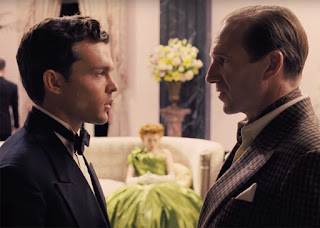 To me, the best scene in the whole movie is Fiennes as a very stylish, very elegant, very exasperated film director trying to teach a cowboy star how to say a line for a his unlikely role in a drawing room drama in which characters dress formally, hold fancy cocktails and speak with a mid-Atlantic accent.  Fiennes, who should have been a Best Actor Oscar nominee for his absolutely fabulous comic performance in THE GRAND BUDAPEST HOTEL, proves his solid comedy chops again in HAIL, CAESAR!  And Alden Ehrenreich is hysterically funny as the clueless, lovable cowboy star who can't lose the twang in his voice.  I reviewed the movie when it opened.  I watched it again on HBO mainly for that scene with Ralph Fiennes.  Did you see SINGIN' IN THE RAIN?  Scarlett Johansson as an Esther Williams-type performer is one of the best annoying movie star blondes who needs diction lessons since Jean Hagen as Lina Lamont in SINGIN' IN THE RAIN. 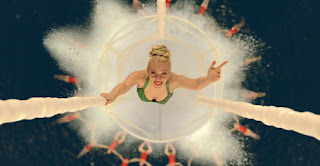 Josh Brolin is mighty fine as Hollywood fixer Eddie Mannix.  This isn't a biopic but Eddie Mannix was a real-life Hollywood character at the enormously powerful MGM.  Mannix was someone you called first in a crisis -- whether it was being caught in an extra-marital affair...or if your gangster boyfriend was killed in your bedroom by your daughter.  Think of the Lana Turner scandal in the 1950s.  Apparently, back in those days, you called Eddie Mannix before you called the cops if you were a movie star in distress. 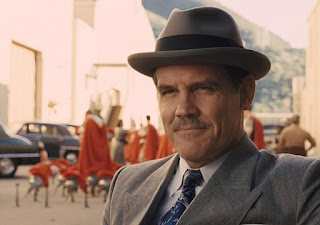 Here's an odd piece of trivia in HAIL, CAESAR that I added in my original review.  It really hit me again watching the movie on HBO.  Eddie Mannix (Josh Brolin) has to deliver some hush money to the set of a musical comedy being shot.  Channing Tatum is the star of a gay-suggestive dance number called "No Dames" that features all sailors in a bar.  After the dance number, Mannix has a little private chat with the movie's director. 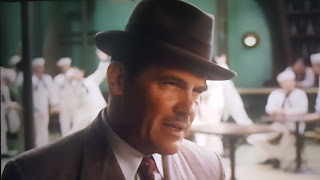 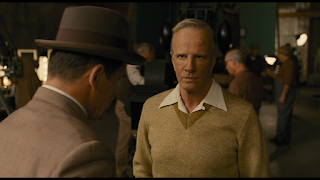 The director is played by Christopher Lambert, the French actor who was Tarzan, Lord of the Ape back in 1984.  He also starred in the HIGHLANDER movies.  He's in a scene with Josh Brolin.  The two studio co-workers hug. 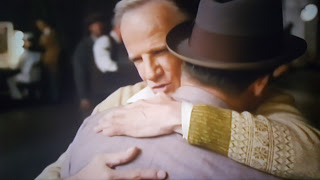 Both actors are the real life consecutive ex-husbands of actress Diane Lane.

Diane Lane gave one of her several vivid, excellent performances in a biopic/mystery called HOLLYWOODLAND.  This 2006 film is about the scandalous death of George Reeves, the longtime movie actor who didn't become a star until he played Superman on a 1950s TV series.  Was his death a suicide or did an irate lover shoot him?  Ben Affleck played George Reeves, the late Bob Hoskins played the tough Hollywood producer/fixer Eddie Mannix -- and Diane Lane played Mrs. Mannix. 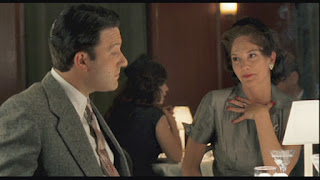 When Josh Brolin and Christopher Lambert were on a break from shooting their scene in HAIL, CAESAR!, do you think either one ever said, "So...heard from Diane lately?" 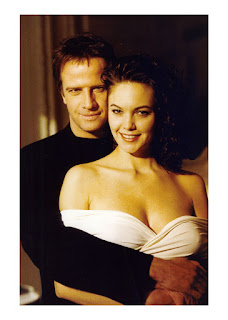 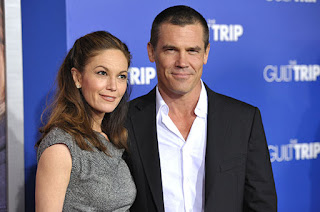