A fierce and mysterious tribe in the Kentucky mountains.  The Farrell clan survives without modern technology.  It's survived that way for about 200 years.  Corporate types in the town want to take over their mountain turf for profit.  Those sophisticated men in suits think the Farrells are just hillbillies who make a moonshine that local teens seek for a quick buzz.  But, that moonshine can cause demonic behavior.  The town sheriff warns corporate folks that they don't know what they're dealing with.  The Farrell clan wants to keep its way of life and its traditions.  They're strong, they're strange, they're undaunted and they can be deadly. 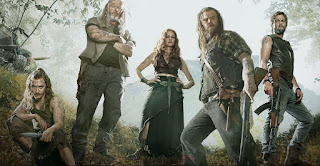 OUTSIDERS returns for a second season on January 24th.  At first glance, you may think the show is a bunch of hillbillies fighting change and modern times.  But it's more than that.  It comments on our technological age, our social class system and our political climate.  The executive producer is silver-haired and sharp Peter Tolan.  Peter has producer, writer and director credits.  He was a writer for MURPHY BROWN and a writer/director on the RESCUE ME sitcom.  His screenwriting credits include  ANALYZE THIS this starring Robert De Niro and Billy Crystal and the comedy MY FELLOW AMERICANS starring Jack Lemmon and James Garner as two former U.S. presidents.  He also writes for OUTSIDERS. 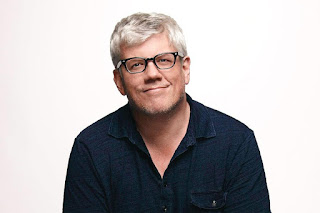 Tolan makes quite a team with OUTSIDERS creator and fellow writer/producer Peter Mattei. 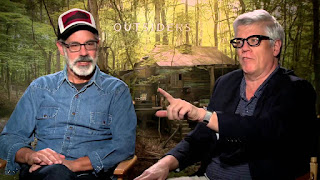 Mattei, a filmmaker and novelist, is the show runner who came up with the idea for the challenging drama.

There's a power struggle within the family.  The clan leader, Big Foster, is at odds with Lil Foster.  Big Foster has also experienced some high drama with mama.  The versatile David Morse returns to weekly TV for OUTSIDERS.  Remember back in the day when he was a cast member on the NBC hospital drama ST. ELSEWHERE co-starring Denzel Washington? 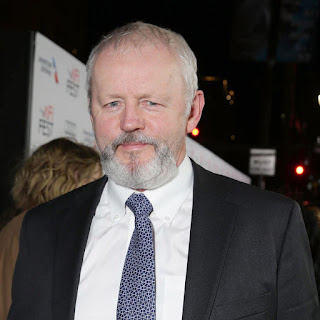 His big screen credits include CONTACT with Jodie Foster, THE GREEN MILE, THE HURT LOCKER and the REAR WINDOW-inspired murder mystery, DISTURBIA. 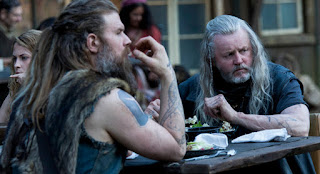 Morse has a much different look for his Big Foster role.  Here he is on the right with actor Ryan Hurst who plays Lil Foster.  Take a look at this short TV promo.
I talked to the two producers and the two actors about Season 2.  These interviews took place in August.  None of us interviewers had seen the new season.  We just saw some of the new season's premiere episode.  Also, in August, none of us expected that by the time the new season premiered, Americans would be saying "President Donald Trump."  Otherwise, I would have asked questions about our current political climate and how it could affect story lines.

For Season 2 of OUTSIDERS premiering January 24th on WGN America, here's my talk with Peter Tolan, Peter Mattei, David Morse and Ryan Hurst.  I interviewed them again for WeGotThisCovered.com.  The producers talk about the excitement of hearing they got renewed for another season.  The actors talk about the quality of the scripts and tell me if they've ever lived "off the grid" like the Farrells during any point in their careers.