A versatile comic actress.  We love Betty White!  I rarely hear the word "versatile" used to describe her talents, but it does apply.  When I was a boy, I watched daytime TV during summer vacations and saw her as a celebrity guest teammate on game shows.  Then she showed up as the superficially cheerful, catty and man-hungry TV cook Sue Ann Nivens on THE MARY TYLER MOORE SHOW. 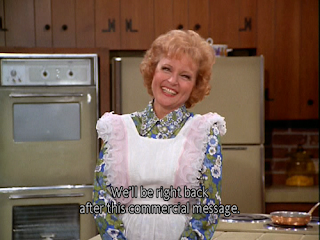 She created a memorable and very funny character in playing that lusty local TV celebrity. 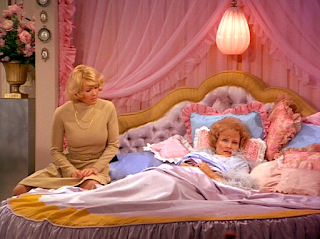 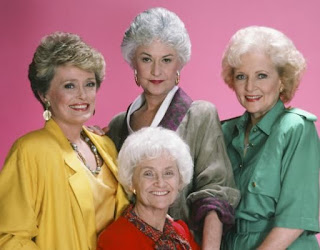 Betty White played another sitcom that I just loved.  CBS should have let that sitcom have a longer life.  After Mary Tyler Moore ended the run of her classic sitcom, White moved on to THE BETTY WHITE SHOW on CBS.  She played a middle-aged B-actress who is now starring in a cheesy TV cop series called "Undercover Woman."  The actress, Joyce Whitman, has a non-star career, a sharp tongue, she needs the work and -- as if that's not enough -- she's working with her ex-husband on the series.  There were some really good one-liners on this backstage 1977 sitcom.  OK, so it wasn't a classic sitcom like THE MARY TYLER MOORE SHOW.  It still made me laugh.  Betty was terrific. 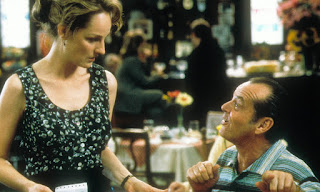 Did you see the Oscar winning movie AS GOOD AS IT GETS?  That brought a Best Actress Oscar to Helen Hunt and the Best Actor Oscar to Jack Nicholson.  The film was an Oscar nominee for Best Picture and Best Screenplay.  James L. Brooks wrote the screenplay.  He's also the whiz who gave us THE MARY TYLER MOORE SHOW. Shirley Knight, who'd been doing some pretty heavy movie dramatic roles since the 1960s, got to show her sparkling comedy chops playing the loving mother to Helen Hunt's waitress character. 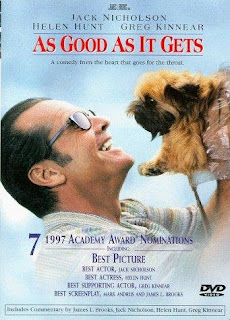 Well...Shirley Knight got the role after Betty White turned it down.  Why?  Because, in the opening minutes of the story, Nicholson's cranky New York City character takes a hyper little dog that's bothering him and puts it down his apartment building trash chute.  The dog was unharmed.  BUT...we know how much Betty loves animals.

She loves animals as much as we love her.  We wish a most marvelous and very happy 95th birthday to the beloved Betty White.

I've got a question for you younger gay guys who adore and still pledge devotion to THE GOLDEN GIRLS thanks to TV reruns and trivia books about the show.  We watched --- and still watch -- those dear friends and fabulous female characters.  They were of retirement age. 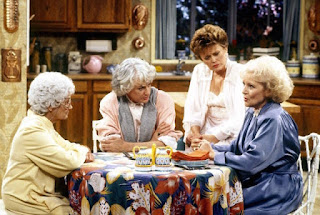 If there were 3 or 4 gay gentlemen of similar ages as THE GOLDEN GIRLS and they lived together in your vicinity and they would absolutely appreciate company occasionally for cheesecake and chat, would you go over and visit them?

I ask because I hear and see the love from male gay community members for THE GOLDEN GIRLS...then I hear remarks like "Ohmygod, he's over 50" or "Some old guy tried to talk me up at the bar."  None of us is getting any younger.

Would you give 3 or 4 sweet gay senior males living together that same time, attention and affection you give THE GOLDEN GIRLS?  Would they thank you for being a friend?  I'm curious.  I'm interested in how the gay males treat aging within their own community.
at January 17, 2017