Hear Me on NPR This Weekend

So...LA LA LAND matched the classic ALL ABOUT EVE and got 14 Oscar nominations?  Oh, my dear, we've got to talk about that. 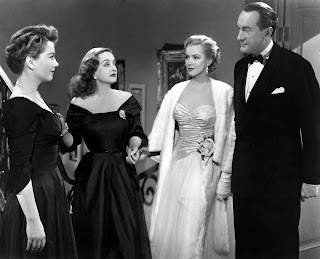 Every since I was a kid, there are two days I eagerly await every year -- Christmas Eve and the day the Oscar® nominations are announced.  Scott Simon, the totally cool host of Saturday's WEEKEND EDITION on NPR, asked me to record a short segment in which we talk about this year's Oscar nomination sand how the list of nominated actors is way more racially diverse than it was the last two years.  I hope you enjoy our conversation as much as I enjoy talking to Scott -- and I enjoy talking to Scott a lot.  I'll admit it.  I wished I was sitting next to Robin Roberts on GOOD MORNING AMERICA when the Oscar nominations were announced on ABC.  I would have gleefully shouted, "Viola Davis made history!  Viola Davis made Oscar history!" 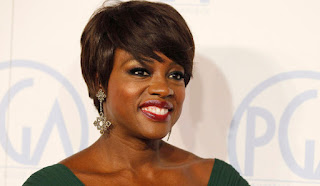 For her moving, remarkable performance in FENCES co-starring Denzel Washington, Viola Davis is an Oscar nominee for Best Supporting Actress.  The nomination made her the most Oscar-nominated black actress in Oscar history.

And that's something I wanted to talk about.  Her history-making nomination is a comment on the minimal opportunities Hollywood has had for women of color compared to white actresses.

Meryl Streep also made history this week.  She got her 20th Oscar nomination.  Her 20th. 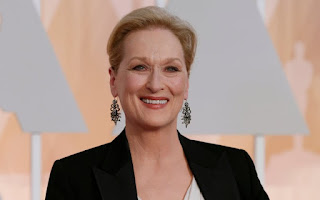 Her friend Viola Davis also made history.  She received her 3rd Oscar nomination.  And with just 3 nominations, she became the most nominated African American actress in Oscar history.  Viola's in her early 50s.  Jennifer Lawrence kept getting scripts so steadily that she's got 4 Oscar nominations and she's only in her mid 20s. 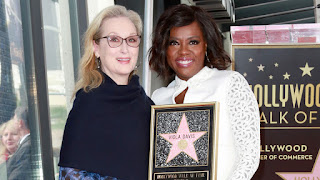 Viola Davis got her first Oscar nomination for DOUBT starring Meryl Streep and her second was in the Best Actress category for THE HELP.  And then she turned to TV for employment because Hollywood had no good script offers for her.  This is something other black and Latina actresses have done after one Oscar nomination or even one win -- like Rita Moreno for WEST SIDE STORY and Jennifer Hudson for DREAMGIRLS.

So, if you can, hear me with Scott Simon on Saturday's WEEKEND EDITION as we talk about the actors in the current race for the Hollywood gold.  I have a feeling my segment with air in the last half hour of Scott's show.  If you miss it, check the website later this weekend.  I'm sure it will be posted.  Remember to look for WEEKEND EDITION SATURDAY:  NPR.org.