I hope that, next week, this actor hears his name announced in the list of Oscar nominees.  Last year was a great one for Mahershala Ali and a great one for us moviegoers who got to see his work.  He gave a rich, beautiful, touching performance in MOONLIGHT.  He plays Juan, the tough black/Latino drug dealer in Florida who lets his sweet paternal spirit float to the surface when he meets a troubled, lonely, fatherless youth who's been bullied with homophobic remarks. 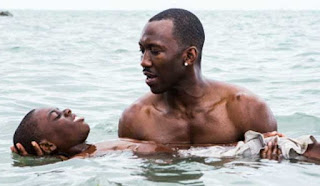 Juan becomes a kind father figure to the boy.  They're both outsiders in society.

Months before MOONLIGHT came out, Mahershala Ali was seen -- by some -- in FREE STATE OF JONES.  This Civil War drama, based on a true story, died a quick death in the battle of the box office.  Matthew McConaughey was the star.  He played a Confederate deserter who hates the war, hates the idea of slavery, returns to Mississippi and challenges inequality with some runaway slaves on his side. 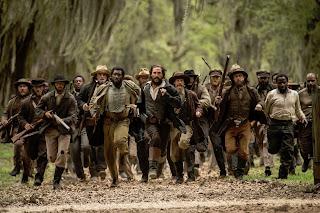 The movie was only so-so but there was one standout performance, as far as I was concerned.  And it wasn't from the star of the movie.  It came from a supporting actor.  I'd recognized him immediately from the cast of the hit Netflix TV series, HOUSE OF CARDS starring Kevin Spacey as a ruthless politician in Washington DC.  In FREE STATE OF JONES, Mr. Ali played Moses, a runaway slave who wants freedom and equal rights for himself and his people. 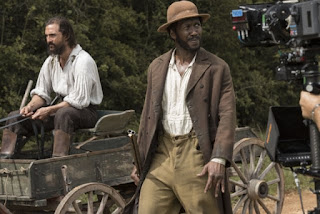 Here's a clip from FREE STATE OF JONES.
FREE STATE OF JONES didn't bring a noticeable population to movie theaters.  Fortunately, the same cannot be said about MOONLIGHT.  Critics loved it.  Moviegoers are loving it.  Next week, we'll see if the Academy loves it and gives it Oscar nominations.  Here's a clip.

It's Sunday afternoon.  According to The Hollywood Reporter and The Los Angeles Times, the movie HIDDEN FIGURES finished first at the box office.  That's the uplifting true story of the three African American woman on the NASA team who helped launch astronaut John Glenn into space in the early 1960s.  By the way, Mahershala Ali is in that movie too.  It's another film that could score an Oscar nomination next week.

For a few months, I've spending time with my sister in the Twin Cities.  On the Fox affiliate in Minneapolis, there's a low-budget but highly entertaining live weekday morning program called THE JASON SHOW. 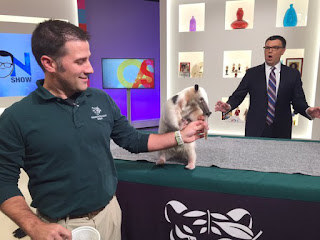 Jason Matheson, the Fox9 host, presents taped and occasionally live celebrity interviews. Several of the live celebrity interviews I've seen were conducted via satellite with the star seated in a bigger city.  Mahershala Ali won awards from critics for MOONLIGHT and started making the rounds on network morning news programs.  He did a satellite interview for THE JASON SHOW.   I saw it.  What impressed me the most was how warm, humble and appreciative the actor was.  He gave that interview for a local Minneapolis morning show the same energy and enthusiasm he gave GOOD MORNING AMERICA and CBS THIS MORNING.  Believe me, not all celebrities do that when granting time to, shall we say, smaller markets.

What a class act he is.  And what a remarkable actor too.