A few days ago, I went to see FENCES.  It was worth every single penny I spent on that New York City cineplex ticket.  A few critics have written that this film adaptation of the Pulitzer Prize winning play by African America playwright August Wilson feels "stagey" and shows its theatrical roots.  Well, frankly, you can tell it was originally a stage vehicle.  The late August Wilson wrote the screenplay.  Initially, FENCES was slated to be a presentation on HBO.  The FENCES project, to be directed by Denzel Washington who starred in the Broadway revival with Viola Davis, got upgraded to theatrical release.  Wilson won two Pulitzer for plays and it took over 20 years for either one of those plays to hit the big screen.  I'm cool with the film FENCES showing some theatrical roots.  I'm cool with it as a black American who's proud the work of August Wilson has finally made it to the big screen like the works of Tennessee Williams, Arthur Miller, Edward Albee and Neil Simon -- other playwrights who won Pulitzer Prizes and saw their award-winning plays turned into films.  I'm cool with it because of the magnificent performance delivered by Viola Davis under the direction of Denzel Washington.  Her power, her depth, her acting brilliance take your breath away. 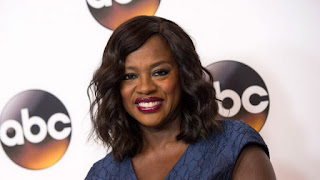 Let's be real:  One of the big blocks on the FENCES road from Broadway to Hollywood was race.  Wilson wanted a black director to helm the project.  At one time, Eddie Murphy was mentioned to play the son in Wilson's working class family drama.  That's because Murphy had hit comedies under his belt and Hollywood, which didn't think black actors were "marketable," wanted a name to assure box office.  White director Norman Jewison mentioned this very thing in talking about his film adaptation of A SOLDIER'S STORY, another Pulitzer Prize winning work written by an African American playwright.  Jewison, whose IN THE HEAT OF THE NIGHT won the Oscar for Best Picture of 1967, revealed the hard time he had getting A SOLDIER'S STORY to the screen because no major studio wanted to do it.  Why?  Because it was "a black story" with a predominantly black cast.  A cast that included screen newcomer, Denzel Washington, by the way.  Jewison offered to take less money than his usual director's fee to get it done.  His film got an Oscar nomination for Best Picture of 1984.

I saw the original production of FENCES on Broadway in the late 80s.  It starred James Earl Jones as the strict, complex family man in the Pittsburgh of the 1950s.  Jones' performance was great.  He gave you goosepimples.  We gave him a thunderous standing ovation.  If Hollywood had not been so racially narrow-minded, FENCES should have been on the big screen in the early 90s with James Earl Jones and Ruby Dee.  Ruby Dee would be so proud of Viola Davis' performance today.

Viola Davis, who has done works of August Wilson on stage, gives the role of the wife a warm and easy sexuality that I didn't see in the original Broadway production.  Her Rose has been married to Troy for 18 years and you can tell that she still loves making love with him.  In Davis' performance, you see that her Rose said "I do" and was in for the long run.  You feel that, before Troy came along, her life was a subject in search of a verb.  Her life as a wife and mother is not a trouble-free one.  Racial discrimination took a toll on Troy's talents and dreams.  But that suburban life with him is the one she wants.  And then, just like that, something changes her life.
Trust me.  That one strong scene clip you just saw is not the only strong scene Viola Davis has in FENCES.  Her realness put tears in my eyes.  I saw some of my mother in Davis' portrayal of Rose.  I saw some of my late father in Denzel Washington's performance as Troy.

Give Viola Davis an Oscar nomination right now for FENCES.  This week, the star of ABC's HOW TO GET AWAY WITH MURDER got a star on the Hollywood Walk of Fame.  She deserves it.  She also deserves an Oscar. 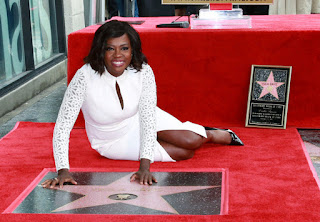