Viola Davis made Oscar history today! But GOOD MORNING AMERICA didn't notice.  The Oscar nominations came out this morning and I was thrilled.  Movies that moved my soul are in the running.  Movies about people of color.   Movies like the poetically powerful MOONLIGHT and the historically significant, inspirational HIDDEN FIGURES. After two consecutive years of "Oscars So White," Black History was made in today's nominations.  However, you didn't hear about it on GOOD MORNING AMERICA, the network morning news show that carried the nominations.  Nothing against Christopher Connelly and Jess Cagle, two mighty fine guys who are veteran entertainment journalists, but can't a network morning news show hook a brotha up on Oscar nominations day?  Connelly mentioned that three of this year's Best Picture Oscar nominees -- FENCES, HIDDEN FIGURES and MOONLIGHT -- plus the racial diversity of Oscar nominated actors overcome the "Oscars So White" problem.  But he didn't mention specific history. Scroll down to my previous blog post ("Oscar Nominations Day") and I explain in a short video how Viola Davis is now the most Oscar-nominated black actress in Academy Awards history.  Her Best Supporting Actress nomination for FENCES is her 3rd Oscar nomination. 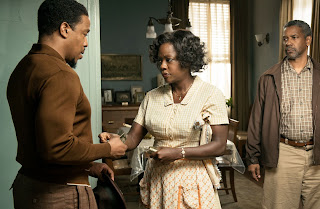 And this was not mentioned on GMA, which airs on the same network that carries the hit series, HOW TO GET AWAY WITH MURDER -- starring Viola Davis. 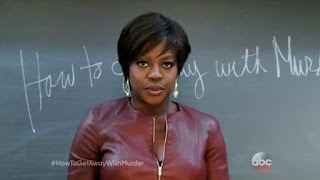 For years, the only two black actresses in Hollywood history who had more than one Oscar nomination to their credits were Viola Davis and Whoopi Goldberg.  Both women are on ABC shows. Please tell that to GMA, Chris Connelly and Jess Cagle.

The fabulous Mahershala Ali got a Best Supporting Actor Oscar nomination for MOONLIGHT. 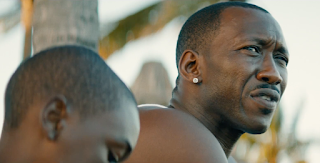 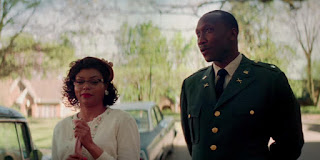 He's also in HIDDEN FIGURES.  A black actor with a significant role in two of the films nominated for Best Picture.  Has that happened since Sidney Poitier starred in GUESS WHO'S COMING TO DINNER and IN THE HEAT OF THE NIGHT, two of the five Best Picture of 1967 Oscar nominees? 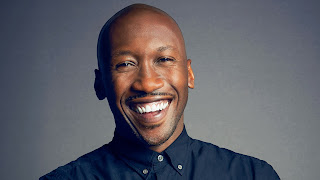 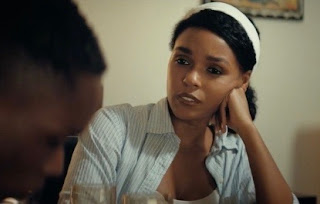 Sidney Poitier was the first black man to win the Best Actor Oscar.  That was for LILIES OF THE FIELD (1963).  His win was a huge, memorable moment on the Oscars telecast.  In 2002, the same night Denzel Washington won his Best Actor Oscar for TRAINING DAY, the Academy graced the graceful Mr. Poitier with a special lifetime achievement Oscar.  The groundbreaking Sidney Poitier was nominated for the Oscar twice. 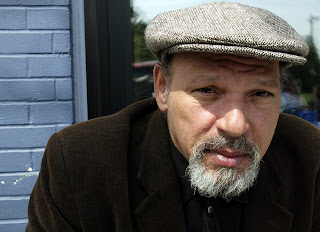 Ava DuVernay, the African American woman who should have been a Best Director Oscar nominee for 2014's SELMA, is an Oscar nominee in the Best Documentary category today for her critically acclaimed probe into the rampant virus of racism in America's prison system entitled 13th. 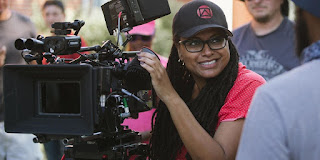 This morning I watched Caucasian Chris Connelly says that it's "Oscars So White" no more -- yet he seemed to be unaware that Viola Davis' third Oscar nomination is as historic as Meryl Streep's 20th Oscar nomination.  Jess Cagle mentioned Meryl's record-breaking nomination. But the segments felt like another year of "Oscars Reporting So White."  And I write that as someone who has years of network entertainment reporting, network celebrity talk show hosting, a year as a weekly film critic for an ABC News live magazine show production and a year as a print contributor to ENTERTAINMENT WEEKLY magazine credits on his resumé.  I've never been tapped to be on a TV news show to discuss Oscar nominations the day they came out.  A lot of my fellow Black and Latino entertainment contributors haven't either.  However, a show could benefit from our knowledge instead of treating us like...Hidden Figures. 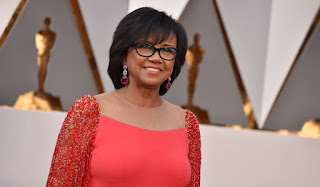 Academy president Cheryl Boone Isaacs broke with the longtime tradition of announcing the nominations live very early in the morning from the Goldwyn Theater in Los Angeles.  The nominations were announced on GOOD MORNING AMERICA and streamed online with past Oscar nominees telling how they felt when they learned of their nominations or what the arts of filmmaking mean to them.  This may have frustrated publicists and other networks (NBC and CBS) but the presentation was sleek, sincere and smart.  The male and female faces you saw represented white, African American, Latino, Asian and gay artists and audience members.  I loved it.  The presentation of the Oscar nominations was inclusive and diverse.

For more on the Oscars, go to Oscar.com.  There's a lot of wonderful groundbreaking history for people of color in today's list of Oscar nominees.  Oh, man, if I had been asked to participate with Robin Roberts today on GOOD MORNING AMERICA, I could have rocked with some Oscars history knowledge and insight.