Meryl Streep and Me

Around the time audiences enjoyed her 1990 performance in POSTCARDS FROM THE EDGE, a Mike Nichols comedy/drama written by Carrie Fisher and adapted from her novel of the same name, Meryl Streep was interviewed for a film industry publication.  She was asked about the actors she watched in her teens who influenced her.  She mentioned Marlon Brando, of course, and singled out his performance in MGM's 1953 epic JULIUS CAESAR, a film she'd watch on TV when she got home from school.  She also mentioned Lucille Ball.  At that time, I was surprised.  However, you can see the Lucille Ball "I Love Lucy" influence in the performance that has earned Meryl Streep her 20th Oscar nomination.  Meryl Streep is in the Best Actress Oscar race for her comedy excellence as FLORENCE FOSTER JENKINS. 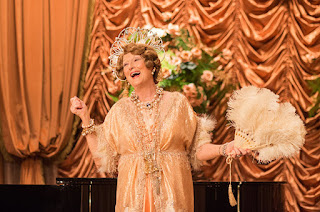 It's a biopic.  FLORENCE FOSTER JENKINS was an heiress in New York City who desperately wanted to sing in Carnegie Hall.  She took lessons. 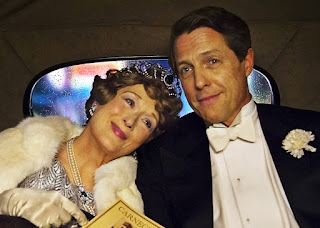 However, she didn't realize that she could not carry a tune in a paper sack.  Florence's loving, protective husband and her well-paid teachers knew that she had a bad singing voice.  How bad?  If van Gogh had heard dear Florence sing opera, he would've cut his other ear off.  Here's a clip.

Meryl Streep was my sole guest in one premiere week edition of my VH1 prime time talk show, WATCH BOBBY RIVERS.  She was promoting 1988's A CRY IN THE DARK at the time.  The U.K. title for the film was EVIL ANGELS.  Most Americans think the real title is A DINGO ATE MY BABY.  This was my second national TV interview of Meryl Streep.  I loved it. 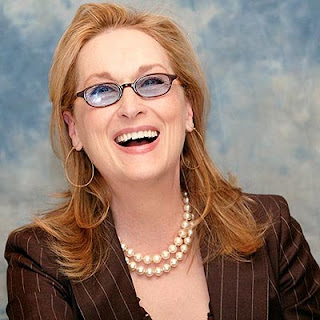 I'd read that, very early in her career, she changed her approach to acting after she saw Liza Minnelli on stage.  Minnelli, one of Broadway's hottest entertainers at the time, was starring in a Broadway musical directed by Martin Scorcese.  By this time, Liza Minnelli had won a Best Actress Oscar for her performance in 1972's CABARET.  On stage in THE ACT, a 1977 show, Liza Minnelli played a fading film star determined to make a show biz comeback as a Las Vegas singer.  Minnelli was a Best Actress Tony for this performance. 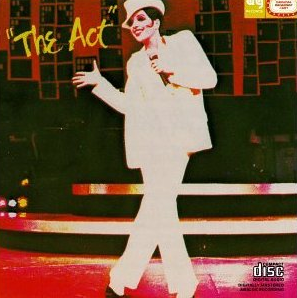 In our 1988 interview on VH1, I asked Meryl Streep about the impact of Liza Minnelli. Here is her answer.