What Ever Happened To...THE ARTIST?

I know it may not have appealed to the tastes of mainstream moviegoers, but I just loved THE ARTIST.  It was innovative, smart, entertaining, surprising and bold filmmaking.  Bold because it was a Hollywood-on-Hollywood story that took place in the 1920s, it was shot beautifully in black and white and it was mostly a silent film.  When its French filmmaker won the Oscar for Best Director, he thanked the late Billy Wilder.  THE ARTIST took home the Oscar for Best Picture of 2011.  That's just a few years ago really.  The handsome and talented French male star of THE ARTIST, Jean Dujardin, won the Oscar for Best Actor. 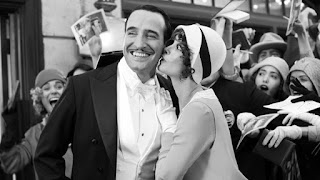 Wednesday on this week on GOOD MORNING AMERICA, there was a dance segment.  Why?  The anchors reported that, because of the Ryan Gosling and Emma Stone park bench tap dance scene in LA LA LAND, dance schools nationwide have noticed a major increase in students enrolling for tap classes.  Well...no offense to those two actors whose work I totally dig...but did those tap class students just not see THE ARTIST?  Compared to Jean Dujardin in THE ARTIST, Ryan Gosling tap danced like he was in a high school talent showcase.  Dujardin's tap dance in THE ARTIST was the stuff of classic MGM musicals. 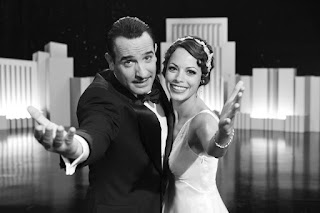 Like American actor Jon Hamm, Jean Dujardin is a strong dramatic actor who can easily flip the coin and be a knockout doing goofy comedy. 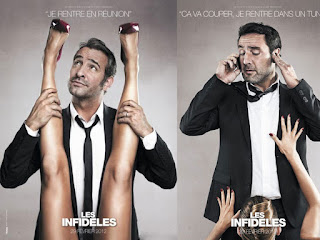 Did he sign with some clueless agents in Hollywood after he won the Oscar?  With all that talent and with those looks, he should have had a few lead roles that brought him as much attention as THE ARTIST did.  Here in the U.S., that didn't seem to happen.  He's worked, but not in anything that immediately comes to mind.  Did he go back to France because Hollywood had no good script offers for him?  He was the first Frenchman to win the Oscar for Best Actor. 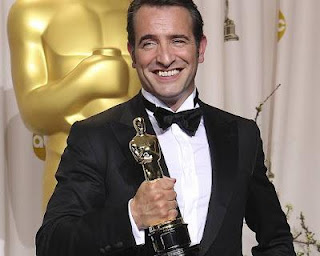 If you've never seen THE ARTIST, I recommend it.  There's a touch of the SINGIN' IN THE RAIN in the storyline and Jean Dujardin is excellent as the vain movie star whose fortune and fame could fade in the wake of a new technology called "sound" that takes over Hollywood and triggers an abrupt end to the silent film era.  He has to learn humility.
What ever happened to THE ARTIST Oscar winner, Jean Dujardin?  I'd love to see him get some good Hollywood scripts that showcase his leading man skills like THE ARTIST did. 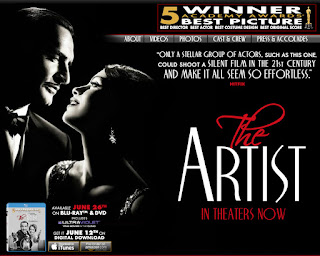