Los Angeles. The early 1970s. My younger sister is in her Catholic high school years. I have movie soundtracks, Broadway original cast albums and Motown albums in the my record collection. Betsy has albums by Simon & Garfunkel, Neil Diamond and Elton John. Betsy, my sister, hears about the upcoming Elton John concert at The Forum in Inglewood. She and one of her best friends from school want to go to the Elton John concert at The Forum. Teen girl squeals of joy were heard when they get tickets to the concert. 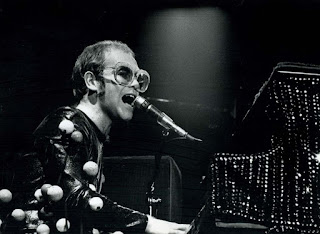 I didn't go. When Betsy got home from the show, I heard these words announced in our living room: "Wow! What a concert! That was so much fun. Look! I've got confetti in my hair!"

Those peppy words came not from my sister, not from her classmate friend, but from our mother who purchased the tickets on the condition that the girls would be chaperoned -- and she would be the chaperone. Mom purchased three tickets. I am positive my sister was the only girl in her high school class who went to a rock concert...with her mother.

I have a special place in my heart for Elton John music. I loved hearing his music come from my sister's record player. In 1976, when I was fresh out of Marquette University in Milwaukee, I landed my first professional job in what had been my major, Broadcast Arts. I read news on a popular local FM rock station and I felt exactly like the young and naive journalist following a rock band on tour in the 2000 film ALMOST FAMOUS. That film is as precious as gold to me. It brings back memories of happiness, heartbreak, confusion and career goals inside the satiny wrapping of 1970s rock.  I knew a girl like Penny Lane, the character Kate Hudson played so radiantly.  In ALMOST FAMOUS, I consider the tour bus scene while Elton John's "Tiny Dancer" plays to be a true classic movie scene.
Another thing I love about ALMOST FAMOUS is Frances McDormand as the formidable, free-thinking, no-nonsense, devoted, single working mother.  If you saw the movie, remember how the mother confronts the oldest daughter with the Simon & Garfunkel album? She goes mom-cop for a moment to uncover if those two young guys on the record LP cover are slipping drug references into their lyrics.

I lived a variation of that moment in South Central L.A. when our single working mother held up the same album and asked my sister what the deal was with that singing duo.  "Aren't these those 'Hello, Darkness, my old friend' singers?" 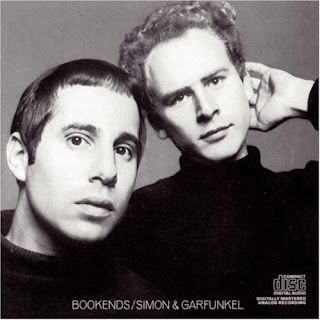 I wasn't hit with that kind of contemporary music drama from mama. I got "Robert, can you please turn FUNNY GIRL down? Mother's on the phone!"

Back to the concert night in the early 1970s. Mom was so animated and she did, indeed, have confetti in her hair. She loved the Elton John concert. Betsy was standing next to her. She also loved the concert but she wasn't smiling. Instead, she looked like the teen version of Bea Arthur as MAUDE. 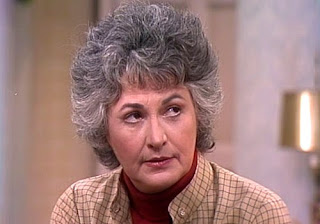 Such was the expression on her face.

When I got Betsy alone, she said that the concert was wonderful. She and her classmate were thrilled to be there. However, Mom would sing along to some songs -- and she did not know the lyrics.

"Mom kept singing 'Get back, funky cat' instead of "Get back, honky cat.' And she sang out loud."

This made my sister want to put a brown paper bag over her head like she was Sylvester the Cat, Jr. in the vintage Warner Bros. cartoons.

Over the weekend, there was a TV segment on ROCKETMAN, the biopic about Elton John that has critics raving. I was at my sister's apartment when the segment aired and asked her, "Do you remember going to an Elton John concert when we were kids?"

"Yes," she and firmly and immediately. "Mom went with me. She stood up and sang 'Get back, funky cat' instead of 'Get back, honky cat.'"

Once again, my sister had that Bea Arthur as MAUDE expression on her face. After all these years.

I am still giggling.