If you have time over a weekend and you're up for a DVD double feature with the same star appearing in both classic films, I've got a tip for you. The star is Sigourney Weaver and there's a message of perseverance in Weaver's real-life story.  The first pick is one of the true classics in the canon of films directed by Woody Allen.  Diane Keaton won the Best Actress Oscar for her luminous and loopy performance in the romantic comedy, 1977's  ANNIE HALL.  Allen won Oscars for Best Director and Best Original Screenplay. ANNIE HALL won the Best Picture Oscar over THE GOODBYE GIRL, JULIA, THE TURNING POINT and STAR WARS at the 1978 ceremonies. We loved following the nervous relationship ups and downs of neurotic New York comedian Alvy Singer and the Wisconsin native/aspiring singer Annie Hall. 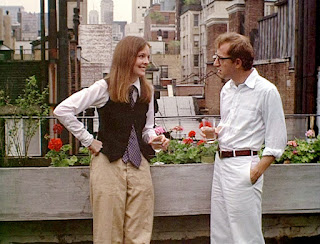 In the lovely, poignant final five minutes of the story, we see the former sweethearts grab a bite and share laughs discussing old times in a diner across from Lincoln Center. 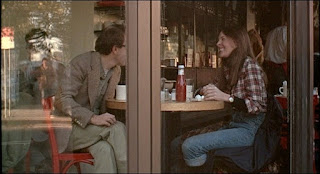 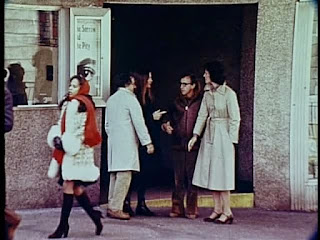 If you stay through all of the closing credits, near the end of them you see that Alvy's new girlfriend was an actress named …. Sigourney Weaver.

Her next major nationwide movie was released on May 25, 1979.  It was... ALIEN. She had close-ups, medium shots, wide shots, all sorts of shots and she shot to movie stardom thanks to this innovative, influential sci-fi horror thriller that told us "In space no one can hear you scream." 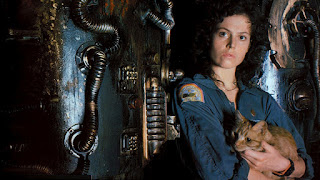 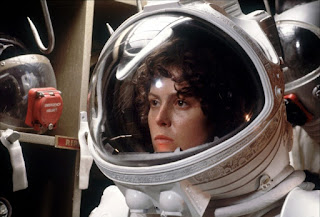 I was fresh into my radio/TV career as an entertainment reporter at that time. Entertainment reporters frequently received press releases about projects on a studio's slate. Some projects got made as reported. Some didn't. For instance, 20th Century Fox announced that Jane Fonda would play the late nuclear facility whistleblower Karen Silkwood. Well...Fox did make SILKWOOD but it starred Meryl Streep.  Also, Fox announced a film adaptation of the popular stage vehicle A COUPLA WHITE CHICKS SITTING AROUND TALKING to star Jill Clayburgh. It never got made. There was the blurb that Paul Newman would star in a sci-fi thriller called ALIEN. Newman was red hot then and could ask for a $1 million salary. Fox apparently saved money by making the sci-fi movie with non-stars and spending big money on the production aspects and a spine-tingling new movie monster.  We loved Paul Newman, but weren't we thrilled with the way ALIEN turned out? ALIEN gave us my favorite action movie hero -- Sigourney Weaver as brilliant, brave, tough and maternal Ellen Ripley, warrant officer aboard the Nostromo.
I've been extremely fortunate to interview Sigourney Weaver three times during my TV career. She was a terrific guest on my old VH1 talk show. I wanted to confirm something from her in one interview. I'd heard that one of her drama class professors at Yale told her to consider another career because she clearly had no talent. Sigourney Weaver confirmed to me it did indeed happen. His bluntness stunned her so that she could not respond. She said that she just sputtered something under her breath and walked away, deeply hurt.

She was basically an extra in one shot in ANNIE HALL. However, in her next film -- a star was born. With an intelligence and skill that enables her to go smoothly from warrior roles like her role as Ellen Ripley to wacky comedies like GALAXY QUEST and GHOSTBUSTERS, she has won our hearts with her range and talent in films and on Broadway. 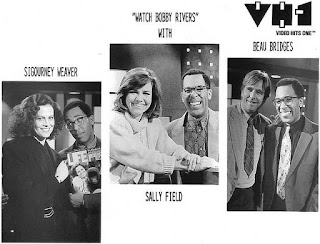 I wonder if her former drama class professor at Yale saw those movies and read about her Oscar nominations? I am glad his cutting remarks did not cause her to take his advice.
at May 25, 2019