I admit it. I love musicals. I love classic films with big, deluxe musicals numbers. The MGM release of 1936, THE GREAT ZIEGFELD, certainly had those. It's a Hollywood biopic about the famous theatrical producer Florenz Ziegfeld.  A lavish and technically amazing Ziegfeld Follies production number (given the top shelf MGM treatment) closes out the first half and brings us to an intermission. This number, to the song "A Pretty Girl Is Like a Melody," is visually stunning and quite remarkable considering that movies had just learned how to talk in 1927's THE JAZZ SINGER. In those days, there were 10 nominees for Best Picture. THE GREAT ZIEGFELD won the Oscar for Best Picture. As much as I love THE GREAT ZIEGFELD, I still feel that the Best Picture Oscar should've gone to DODSWORTH, an excellent drama directed by William Wyler. The quality, performances and emotional journey of his film have thrilled me ever since I first saw it at an art museum in the 1980s one weekend. In fact, it so excited me that I went back the next night to see its final screening and I coaxed a buddy to go with me. At the end, he enthusiastically said "Wow! What a good movie." As I've grown older, my love for DODSWORTH has deepened. I think that's because I've grown into the same age category as Sam Dodsworth, the lead character richly played by tall, seasoned Walter Huston. His unforced masculinity and natural grace make watching Midwesterner Sam Dodsworth just walk into a room a thing of beauty. 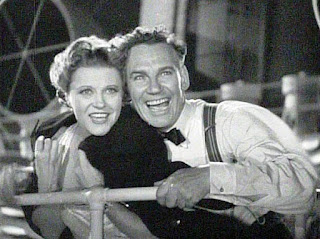 This post will focus on an element in the first 20 minutes of the film. If you've seen DODSWORTH, then this article is meant mainly for you. The story starts in Zenith, Wisconsin. Sam Dodsworth, the successful and well-liked president of Dodsworth Motors is retiring after 20 years of work. As he takes a farewell walk through a crowd of well-wishing factory workers, you can tell the kind of down-to-earth relationship he's had with employees. Some call him "Mr. Dodsworth." Others call him "Sam." He and his wife are soon to sail away on a grand European tour. Mrs. Dodsworth is not so down-to-earth. She considers herself too posh for Zenith and too sophisticated for Sam's friends. She also claims to be younger than she is even though she and Sam have a grown and married daughter. On the tour, her obsession with youth will strain the marriage and force Sam to realize that her selfishness, neediness and insecurity have worn the marriage down to a nub. Fran will want to veer off into a separate and solo European vacation so she can have a fling.  A lonely divorcée, also on the luxury liner and also middle-aged, will offer Sam a fulfilling new life. 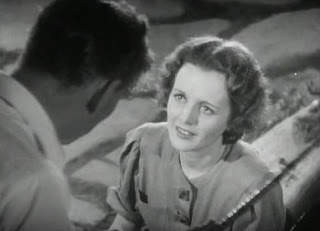 When Sam and Fran are aboard the luxury liner, unpacking for their first night at sea, Sam happily mentions the "first time" he proposed marriage to her. That may seem like a casual, lightweight line but think about it. With most people who are truly in love with each other, one proposal of marriage is all it takes. Fran needed to be asked again before she said yes.

Sam is excited to see the occurrence of Bishop's Light as they approach England. Sam is on deck, watching the nighttime sky with an almost boyish zeal. He glances down at his watch and the light quickly sweeps across the sky. He's missed it. But, he's looking out at the sky when it sweeps across again. He catches it the second time around. He dashes to get Fran so she can share the experience. She's busy batting her eyelashes at a handsome young Englishman. He's a likeable cad, well-played by David Niven early in his long film career. Divorced American traveler Edith Cortright noticed the light and engages the fellow American in some cordial conversation. She's headed to Italy where she lives. Edith and Sam become fast acquaintances. 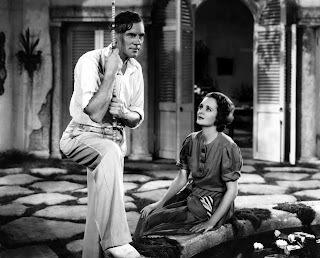 Later, Fran is having such a fling with high-tone Europeans that she coaxes Sam to return home alone to the U.S. while she remains abroad. Hurt, he returns home. His mood is lifted when he learns he'll be a grandfather. He returns to Europe where Fran is now seeing a young Viennese baron. Reunited with her, Sam gets the emotional jolt that she wants a divorce so she can marry the baron. Dejected, still having his pride, he says "Did I remember to tell you today that I adore you?" as they part. Fran's obsession with youth continues. With a wardrobe and hair color makeover, she does not want it known that she's a grandmother to a newborn. 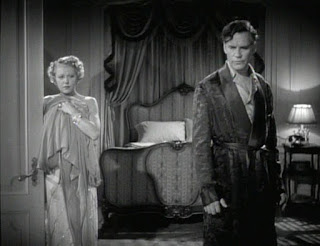 Sam now seems older, uncertain and sad. He's traveling through Europe alone and that special spark about him has dimmed. In Naples, he goes to an American Express office to arrange a sightseeing tour for himself. Edith Cortright is in the same office mailing packages. We see in a wide shot that they are in the same section, their backs to each other, at different counters, and unaware of each other's presence. Edith walks right by him on her way to the exit  She stops when she hears his name called out. They reconnect. They will spend time together. With her, Sam is rejuvenated. 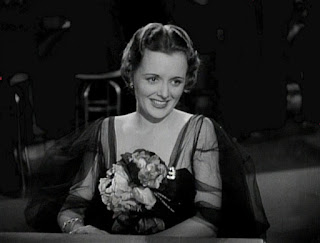 Edith and Sam will be the Bishop's Light in each other's middle-aged life. True love will come the second time around. 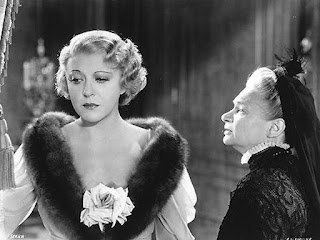 In the Best Supporting Actress category, Maria Ouspenskaya was nominated for her one scene role as the young baron's piercingly honest mother who meets her son's not-so-young girlfriend, Fran. She's good in the role. However, Mary Astor should have been nominated in the Best Supporting Actress category for her sublime performance as Edith Cortright. You cheer for this woman. She's warm, wise, honest, passionate and supportive. She deserves true love.  It's a beautiful performance.
The three characters -- Ruth Chatterton as Fran, Best Actor Oscar nominee Walter Huston as Sam and Mary Astor as Edith -- are perfectly cast. They do memorable work. If you haven't seen DODSWORTH in quite some time, watch it again. And pay attention to Bishop's Light.
at May 09, 2019