She Would Dig STUMPTOWN

Around the time this new ABC series premiered, GOOD MORNING AMERICA had the show's lead actor, Cobie Smulders, in the studio for a live interview. She was absolutely charming and witty. Her winning personality made you want to see the show. The show is STUMPTOWN, based a series of graphic novels. Stumptown is a nickname for Portland, the city in Oregon where Dex Parios lives and fights crime as a private eye. Think of California-based private eyes we've seen in movies -- Sam Spade, Philip Marlowe and J.J. Gittes in CHINATOWN. Dex is like a grunge band that follows a long set of recordings by a celebrated West Coast jazz artist such as Chet Baker or Dave Brubeck. STUMPTOWN is an action-packed well-written and well-directed series blessed with the vibrant performance of Cobie Smulders as the tattered, tough and tender Dex. 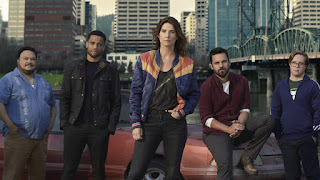 This female private eye is one of ABC's new season stand-out characters. 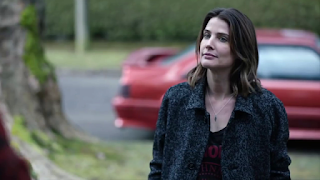 Years before actress Cobie Smulders was born, there was a totally cool female private eye on ABC. Her name was HONEY WEST and she was played by the late Anne Francis. If GOOD MORNING AMERICA had responded to any of my employment requests to be a segment producer on the show, or an on-air contributor, I would've included a HONEY WEST mention in the Cobie Smulders interview as a respectful nod to women's history in television.  Classic film fans know blonde Anne Francis as the outer space alien beauty in 1956's FORBIDDEN PLANET and as Fanny Brice's Ziegfeld showgirl pal in 1968's FUNNY GIRL. Anne Francis rocked that female private eye TV role. 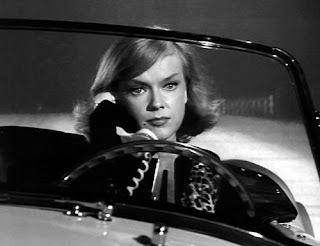 HONEY WEST should've had a longer run than it did. I recall the show airing on Friday nights. I was in grade school at the time. Come Mondays, HONEY WEST was a hot topic in our playground talk during recess. We kids loved her beauty mole, the convertible she drove, the secret radio device in her lipstick case she used to communicate with her private eye partner, her skill at karate chopping bad guys, and we loved her pet ocelot. Honey West had her own private eye agency. Her partner, Sam, was played by handsome John Ericson. John Ericson and Anne Francis had co-starred in the classic MGM drama, 1955's BAD DAY AT BLACK ROCK starring Spencer Tracy and Robert Ryan. Honey West was a California private eye first introduced in an episode of ABC's detective series, BURKE'S LAW. On that popular show, Gene Barry was Amos Burke, a millionaire Los Angeles police detective. HONEY WEST, lasting only from 1965 to 1966, made a strong impression on her fans. Episodes are now on DVD. Here's the show's hipster opening that I loved.

HONEY WEST strutted into the private eye boys club like a combination of Marilyn Monroe and Mickey Spillane's Mike Hammer. Unlike the cases of Sam Spade, Philip Marlowe or John Shaft, the female private eye genre has been unwisely untapped by Hollywood. Chicago private eye V.I. Warshawski (the V.I. standing for Victoria Iphigenia) solved murder cases in novels by Sara Paretsky. The 1991 film, V.I. WARSHAWSKI, starred Kathleen Turner in the title role. Hollywood didn't do anything else with the Chicago private investigator. 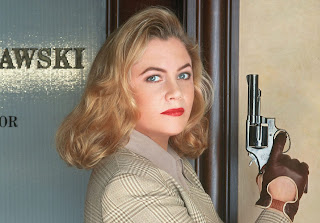 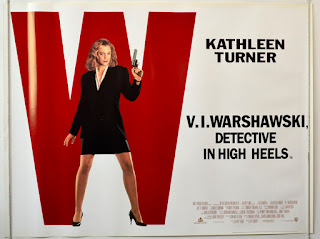 Back in 1990, when I was on VH1, a buddy of mine was in New York City for a few days and took me out to lunch. He worked for a film company in Hollywood, a company that sought ideas for possible new projects. Over lunch, he told me that his company was hungry for projects that would appeal to baby boomers. He asked if I, perchance, had any ideas for projects.

I pitched a movie version of HONEY WEST starring Michelle Pfeiffer as Honey with a good supporting role for Anne Francis.  But does Hollywood ever listen to me? No. 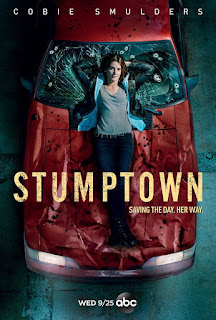