If you appreciate classic films and you're up for an energetic, suspenseful drama, I've got a recommendation. THE TALL TARGET does not get much talk in the classic film discussion, but that's no reflection on its quality. The film runs only about 1 hour and 15 minutes and it's not a big budget studio film. It is, however, full of good actors and it's the work of a good director, Anthony Mann. He gave audiences tough, tight westerns such as 1950's THE FURIES starring Barbara Stanwyck, BEND OF THE RIVER and THE NAKED SPUR, both starring James Stewart in the 1950s and the 1961 historical epic, EL CID, starring Charlton Heston and Sophia Loren. THE TALL TARGET uses a historical figure in its story. We go back to 1861. A New York City detective is on a train from New York to Baltimore. He's moving fast to ruin an on-board plot to assassinate President-elect Abraham Lincoln before he reaches Baltimore to deliver a pre-Inauguration speech. Multi-talented Dick Powell stars as the detective. 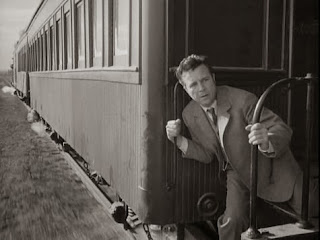 This Anthony Mann drama is a lean cut of good meat. It rates a look today because of our political climate. Besides the race to foil a deadly plot, there's a theme of race running through THE TALL TARGET. Actor Jon Voight, a man who has posted videos on social media proclaiming his support for Trump, will be awarded a National Medal of the Arts. Voight has called Trump "the greatest president since Abraham Lincoln." In THE TALL TARGET, passengers are blunt with their feelings about Lincoln. One man says "If somebody puts a bullet into Lincoln, I'll be the first to shake his hand." 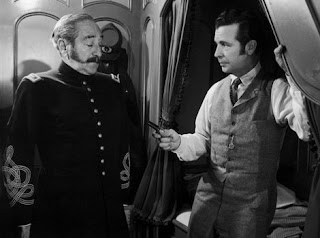 In one of those performances that makes you wonder why it took Hollywood a little over 50 years to give her an Oscar nomination, Ruby Dee delivers in a supporting role as a well-dressed slave maid. She's travelling with the pretty belle who's the first to tell anyone that she and Rachel, her maid, grew up together. That may very well be, but Rachel is still not free like the white lady is. Says Rachel, "Freedom isn't a thing you should be able to give me, Miss Ginny. Freedom is something I should have been born with."  A pro-abolition reporter asks Rachel, "If you slaves were free, would you go back to Africa to live?" In that scene, featuring actress Florence Bates as the journalist, once senses the pro-abolitionist feels America instantly will become "post-racial" once Lincoln is sworn into office. 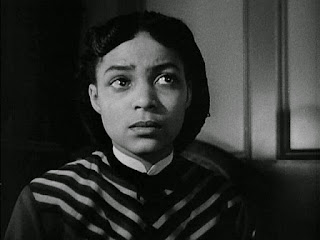 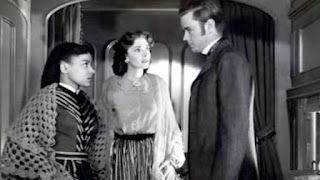 Abraham Lincoln was inaugurated and, tragically, was assassinated in 1865 while in office. One gigantic irony in the script is the Dick Powell character. The detective's name is John Kennedy. America would be paralyzed with grief on November 22, 1963 upon getting the horrible news that President John F. Kennedy had been shot and killed that day in Dallas, Texas. President Kennedy was the one U.S. President since Lincoln to be assassinated.

Here is a clip from THE TALL TARGET.

More notes: In the 1930s, Dick Powell sang in major Warner Bros. musicals and introduced tunes that became standards in our Great American Songbook. See him and hear his excellent voice in 42nd STREET, GOLDDIGGERS OF 1933, FOOTLIGHT PARADE, HOLLYWOOD HOTEL and 20th Century Fox's ON THE AVENUE. In the 1940s, he reinvented himself as one of the best hardboiled private eyes in film noir. See him as Philip Marlowe in 1944's MURDER, MY SWEET.  In the 1950s, he acted in more film dramas, became a film director and a successful network TV producer. Ruby Dee, of film and Broadway, followed THE TALL TARGET with the Broadway and film version of A RAISIN IN THE SUN (1961), GONE ARE THE DAYS!, BUCK AND THE PREACHER (1972, directed by Sidney Poitier), DO THE RIGHT THING and JUNGLE FEVER, both directed by Spike Lee. She got her one Oscar nomination in the Best Supporting Actress category for AMERICAN GANGSTER (2007).
at November 20, 2019