Today in History, What We Miss

It was Friday. Friday, November 22nd in 1963. TV was simpler and innocent then. We had only three networks. There was no 24-hour-channel. You couldn't say words like "pregnant" and "toilet" in prime time entertainment television. Words we hear on network morning news programs today would've been forbidden then. We really had not been shocked by anything on television -- until that day. We were shocked and so horrified that we felt as though a sudden viruse had invaded our systems and robbed us of the ability to stand. Within minutes our lives had been cruelly changed when we got the news bulletin from Walter Cronkite on CBS TV that President John F. Kennedy had been shot and killed in Dallas, Texas. American's then-youngest and first Catholic president had been assassinated. First Lady Jackie Kennedy was now, suddenly, a young widowed mother as the country prepared for Thanksgiving followed by Christmas holidays. 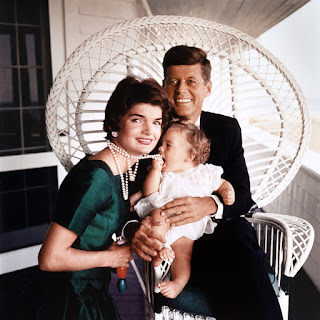 President John F. Kennedy reflected and represented youth, vigor, change, strength and wit. He was a reader and a published writer. And a WWII veteran. President and Mrs. Kennedy embraced the fine arts and fine artists. They opened the White House doors to cultural diversity. He had a respect for freedom of the press. 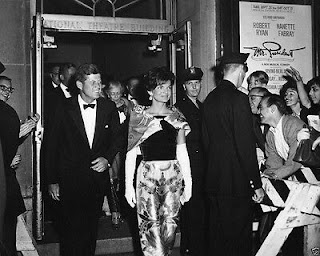 Kennedy was a senator when he wrote PROFILES IN COURAGE. The 1955 book of short biographies, biographies revealing acts of heroism and integrity, won a Puliter Prize. Today, we have a president who insults people on Twitter. 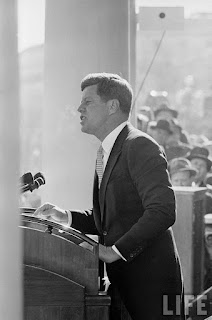 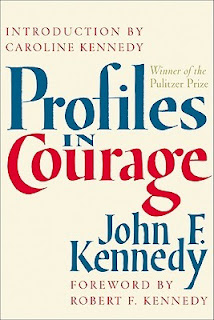 I cannot quote any of Trump's inaugural speech. I do remember that it was bleak. It did not leave one's spirit feeling sun-filled and hopeful. Take a few minutes to hear from the man who was American's new president in 1961. I was still a little boy at the time. But this is what America was... and this is what many of us miss.

President Kennedy had an affection for the CAMELOT original Broadway cast album. Richard Burton's reprise of the title song and the end of the show became associated with the JFK years. It was used in the 2016 film, JACKIE.