Check Out THE UNICORN

This new sitcom airs Thursday nights on CBS. I've watched every episode since it premiered and every single one has made me laugh. What hooked me into watching, first of all, was the title. I wanted to see why it's called THE UNICORN. Second, I'm a fan of its lead actor, Walton Goggins. If he'd been around in the 1950s and 60s, he would've been cast in just about every now-classic western from those decades. He would've been a gunslinger in SHANE, HIGH NOON, THE MAGNIFICENT SEVEN and TRUE GRIT. He's got that kind of a face. It's a very cool character face with its teeth like extra large and super-white Chiclets. 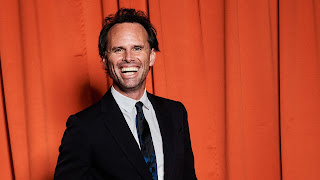 You may have seen Walton Goggins on TV shows such as THE SHIELD, JUSTIFIED and SONS OF ANARCHY. Now he's a suburban widower dad raising girls and gingerly stepping into the area of dating again. He's doing this with the urging and help of married friends who do not want him to be lonely. THE UNICORN is a warm, smart and funny show. Wade, the widower, is a most huggable new sitcom dad. His daughters are refreshingly down-to-earth and not precocious. They're good kids. They loved their late mom a lot -- and so did their dad. That's evident. We never lose sight of the fact that all the action springs from a loneliness in the devoted dad. Wade is awkward. He's sincere. Wade's heart is still healing from grief while he works hard to be a responsible, attentive single dad. The wisdom of the show comes in the viewpoints we realize when Wade is brave when he starts conversation that could lead possibly to a date. This is another reason why I stayed with the show. Online dating is not easy. When I was emotionally ready, years after my partner passed away, I tried online dating. I tried on three different sites. I liken the experience to hitting myself in the head with a polo mallet -- it felt so good when I stopped. Yes, Wade is brave and he has a good support system. 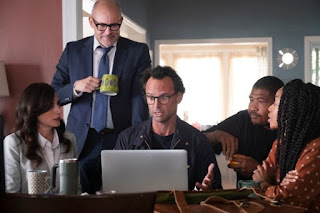 The two married couples are fabulous friends and perfectly cast. I love the black couple played by Omar Miller and Maya Lynn Robinson. I wish they were my married friends -- and I wish I could date a sweet guy like Wade -- even though Michelle (Maya Lynn Robinson) revealed this honest observation to Wade: "I cringe when you dance." 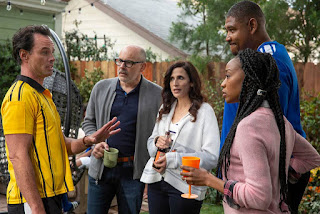 By the way, Wade is called a "unicorn" because he's that rare creature roaming free that a woman would want. He's employed, atrractive and serious about commitment. It's a comfortable show that recognizes tender areas of the heart I've known. It's a show with characters that I feel I know, a show that makes me laugh. As usual, Goggins is good. What's wrong with a half-hour of gentle entertainment? THE UNICORN airs Thursday nights at 8:30 on CBS.