I paid to see this movie during its theatrical release.  I loved it.  So did the others in the audience.  I loved it so much that I've seen it on DVD several times.  If you have leisure time during this holiday season and want to rent a movie, keep this one in mind.  THE PAINTED VEIL stars Edward Norton and Naomi Watts. 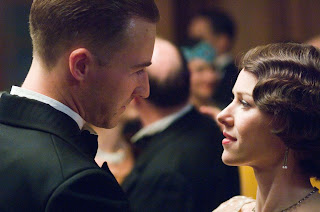 They play a British married couple.  When first we see them, the marriage has grown chilly.

Also in the cast are Liev Schreiber as a very sexy and married British consul... 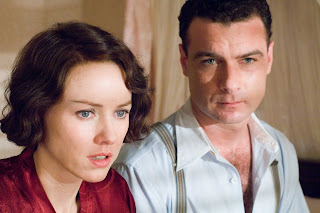 ...and the sublime Diana Rigg as a woman who chose a religious life. 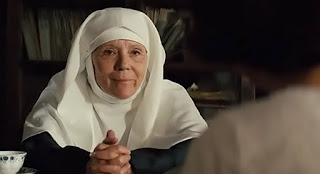 A whole generation dig Ed Norton for his work in 1999's FIGHT CLUB with Brad Pitt. Last week, Norton was GOOD MORNING AMERICA to plug his new film, COLLATERAL BEAUTY.  Ed Norton graciously spent a major portion of his air time praising the work of co-star Will Smith.  Norton is one of my favorite actors. He doesn't get the entertainment news and red carpet exposure that Brad Pitt and Will Smith get.  But, for my money, he's the actor with more range.  Look at him as the skinhead racist in AMERICAN HISTORY X, as the delusional modern-day cowboy in DOWN IN THE VALLEY and his musical comedy performance in Woody Allen's EVERYONE SAYS I LOVE YOU.  I loved him as Inspector Henckels in THE GRAND BUDAPEST HOTEL. 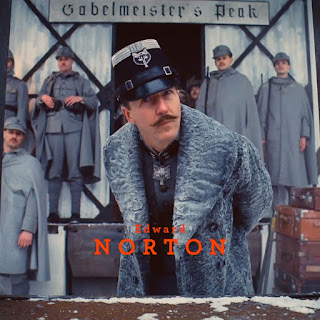 Edward Norton and Naomi Watts reunited for BIRDMAN, winner of the Oscar for Best Picture of 2014.  In that, Norton played a talented but annoying Broadway actor.  He got his third Oscar nomination for that performance. 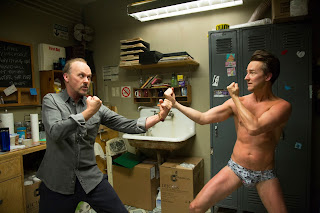 Listen to my short piece on THE PAINTED VEIL.  This film is one that many critics praised.  Unfortunately, many moviegoers passed on seeing it.  Click on this link:
bobbyrivers.podomatic.com/entry/2011-03-15T05_27_33-07_00.