Happy Birthday, Spartacus!  The word "icon" is tossed around much too much nowadays in entertainment media.  However Kirk Douglas, the star of SPARTACUS, truly is a film icon and a Hollywood legend.  Today, he turned 100 years old.  I am someone who had the enormous thrill and privilege to interview Kirk Douglas.  I had a half-hour prime time weeknight talk show on VH1 back in the late 1980s.  Kirk Douglas was my first guest and my only guest for the premiere edition.  He had star magnetism and charisma combined with a working class charm.  We loved having Kirk Douglas in our studio.  During the interview, I thought of how my parents loved SPARTACUS. 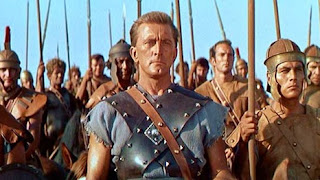 I grew up in South Central Los Angeles, a child of the Civil Rights era.  There's something I never hear mentioned when folks on TV talk about or introduce the 1960 classic directed by Stanley Kubrick.  They don't mention why black folks, like Mom and Dad, connected to SPARTACUS as strongly as they did. 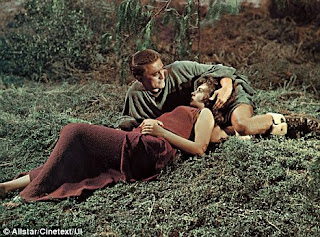 Think about the Civil Rights era.  Spartacus was a rebellious slave.  Spartacus and Varinia (beautifully played by Jean Simmons) were not seen as people really.  They were slaves.  They're put together in slave quarters for the purpose of his sexual gratification while leering soldiers watch.  Spartacus treats her with respect.  He treats the black gladiator and fellow slave with respect when they are pitted against each other for the amusement of Romans.  We see the humanity in these slaves, these people treated as minorities in society, treated as second class citizens.

The movie SPARTACUS has echoes of America's history of slavery and bondage of black people -- and it was released when Martin Luther King, Jr. was a living voice involved in helping black people demand their civil rights...such as the right to vote and the right to an education.  When SPARTACUS was released, interracial marriage was still illegal in several American states.  Keep that in mind when you see the new movie LOVING.  That's about Richard and Mildred Loving, the interracial couple sent to prison for marrying.  The took their case to the Supreme Court and a landmark decision came in 1967.

Yes.  SPARTACUS starring Kirk Douglas has more resonance that some film lovers realize.  Kirk Douglas, very much a Civil Rights advocate, was aware of the socio-political times while making the film.  Click on the link to see a clip.

Today is the birthday of Kirk Douglas.  Also born on this day in history -- the blacklisted screenwriter of SPARTACUS, Dalton Trumbo.  Trumbo had a fake name on the screen credits because of his being blacklisted during the Sen. McCarthy political witch hunts of the 1950s.  Trumbo was one of the Hollywood Ten who refused to testify before the notorious House Un-American Activities Committee (HUAC).  Senator Joe McCarthy's henchman in his ruthless political practices was Roy Cohn.  As reported this year on PBS. Roy Cohn was the mentor to a young Donald Trump. 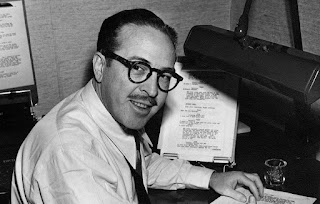 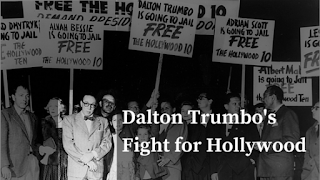 In the restored and remastered edition of SPARTACUS, Dalton Trumbo's name appears in the credits.  Dalton died in 1970.  Actor Bryan Cranston received a Best Actor Oscar nomination for his lead role performance in the 2015 biopic, TRUMBO.  Kirk Douglas was co-executive producer of SPARTACUS.