I Love A LETTER TO THREE WIVES

What a special delivery this movie is.  A LETTER TO THREE WIVES combines sophistication with a working class vibe.  It's like champagne with a really great cheeseburger deluxe platter.  Just like the 1950 classic, ALL ABOUT EVE, A LETTER TO THREE WIVES boasts the talents of writer/director Joseph L. Mankiewicz, actress Celeste Holm and actress Thelma Ritter.  Mankiewicz takes us to New York to meet three friends. 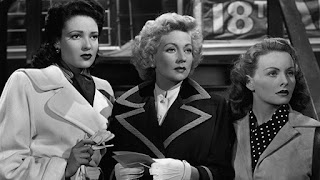 One of the friends is played by Linda Darnell.  This 1949 comedy was a 20th Century Fox film.  Darnell had been a Fox contract player since 1939 playing virgins and vamps.  In my opinion, Linda Darnell should have been in the Best Supporting Actress Oscar race for her knock-out performance as Lora Mae.  She was born to play that role.  Let me know if you agree.  Lora Mae is a dame who knows what she wants, goes after it and always has a leg up on the competition. 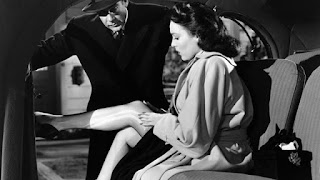 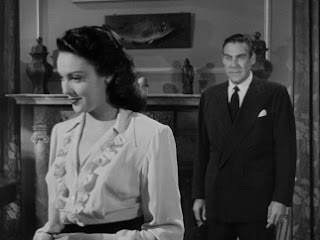 You can never go wrong with a film that had a great role for Thelma Ritter.  She plays the best friend to Lora Mae's mother. 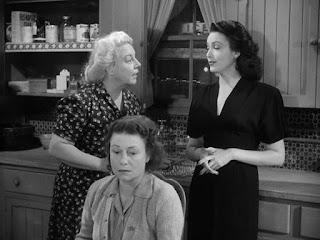 Notice this:   Thelma Ritter's character is a local domestic. But whereas everyone else calls the intimidating and burly town millionaire "Mr. Hollingsway," she casually calls him by his first name. 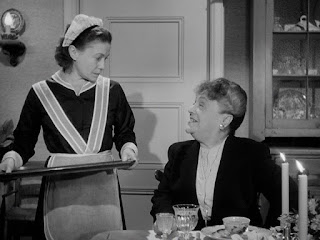 That is a marvelous and subtle piece of business from Mankiewicz that hips you to respect she has and the "regular guy" quality that the shrewd millionaire never lost.  Kirk Douglas, known for lots of physicality and giving his muscles a workout in his film roles, is different here.  Here, he's a character who's probably a house-husband in the summer months. 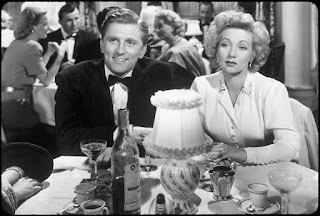 To hear more of my notes on A LETTER TO THREE WIVES, including an observation on the film's literature in its set design and how it accentuates characters, listen to my short podcast overview.  Just click onto this link:
bobbyrivers.podomatic.com/entry/2011-03-05T07_06_25-08_00.

A highly entertaining classic, A LETTER TO THREE WIVES is also a Mankiewicz screenplay master class in how to write first class roles for women.  Enjoy. 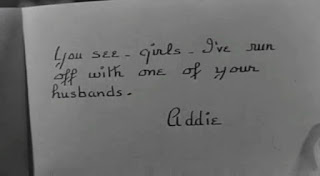