Kirk Douglas and John Malkovich have something in common besides being fine actors with Oscar nominations to their credits.  Kirk Douglas, the world-famous star of SPARTACUS, turned 100 years old yesterday.  It was John Malkovich's birthday too.  In addition to being born on the same day, they both have sort of a SPARTACUS connection.  The late Stanley Kubrick directed SPARTACUS.  Kirk Douglas was the film's co-executive producer.  Of Kubrick, Douglas said this:  "He was a bastard" but immensely talented.  Malkovich made a movie in which he played "a bastard" who was immensely talented.  He was talented enough to swindle big money out of gullible, sophisticated people.  He did this by claiming to be director Stanley Kubrick.  Here's Malkovich as the real-life con man.  He's on the right side of the photo.  The one clutching a bottle o' booze. 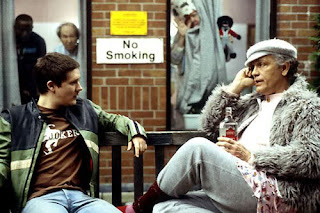 Yes.  People actually bought that this character was the man who gave us SPARTACUS, PATHS OF GLORY and A CLOCKWORK ORANGE.  This queen should have been arrested.  By the fashion police. 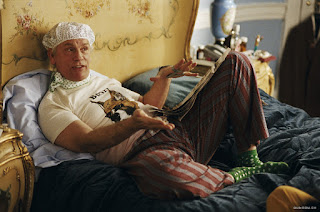 He was able to pull this off this scam because, not only was he talented at charming folks, the director was not one who sought red carpet celebrity moments.  He liked his privacy. 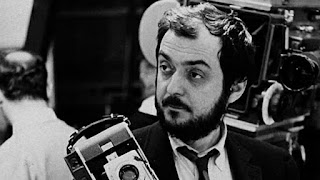 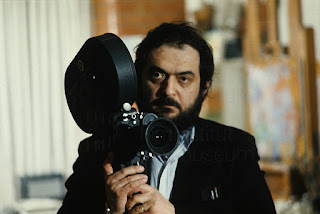 If you're a John Malkovich fan, you may not be familiar with this 2005 film.  But I am positive it will give you some laughs.  Listen to my short piece about....COLOR ME KUBRICK: 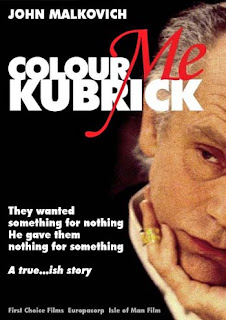