Kevin Spacey and a Twist of Lemmon

Two-time Oscar winner Kevin Spacey and I have something in common.  Hollywood great Jack Lemmon, who was also a two-time Oscar winner, had a major influence on our career choices.   For me, I was new in my first professional TV job.  I booked the opportunity to interview Jack Lemmon in Chicago where he was promoting his film, TRIBUTE.  During the interview, he was so impressed with a particular piece of research that I'd done that he said, "How did you know that?"  He told me to stick around after the interview.  Back then, it was rare to see black folks conducting entertainment interviews for TV.  Jack Lemmon pulled me aside, complimented on my research and told me to consider doing more entertainment interviews in my TV work.  Also, he felt that TV needed to see diversity in that area.  I cherish the photo we took together and I am still grateful for Jack Lemmon's advice.  I took it, by the way.  Kevin Spacey also took Jack Lemmon's advice with sensational results.  He got to work with Jack Lemmon on stage.  Spacey's first Oscar win was in the Best Supporting Actor category for 1995's THE USUAL SUSPECTS.  His next Oscar came in the Best Actor category for 1999's AMERICAN BEAUTY.

We were fascinated with the mid-life crisis that the sexually frustrated suburban family man, Lester Burnham, was experiencing in AMERICAN BEAUTY.  We watched him change his life.

Kevin Spacey and Michael Shannon starred in a very good 2016 indie feature from director Liza Johnson.  Her comedy direction had a touch of the Preston Sturges about it.  Shannon and Spacey played real-life characters in a story based on an actual meeting.  It was the White House meeting of President Richard M. Nixon and rock superstar Elvis Presley. 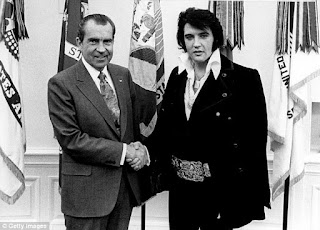 In the Liza Johnson comedy/drama Michael Shannon stars of Elvis.  Kevin Spacey plays Nixon, a president who was jealous of Presley's popularity.  Spacey hits a comedy home run in this role. 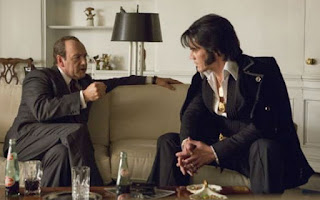 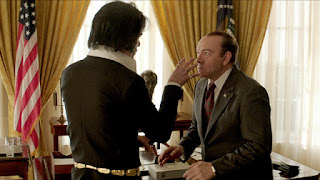 During the summer, I interviewed the two actors about this feature.  I also got to talk to Kevin Spacey about his mentor, Jack Lemmon.  He told me how a classic Lemmon performance was a huge inspiration when Spacey got one of his best screen roles. 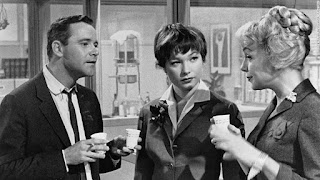 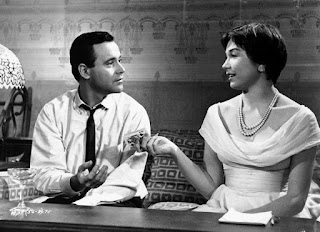 Here's my interview with Kevin Spacey and Michael Shannon:

Kevin Spacey played singer Bobby Darin in BEYOND THE SEA.  He directed that 2004 biopic and did his own singing.  Did you catch the recent NBC special all-star birthday salute to Tony Bennett?  Spacey was one of the guests.  He sang and his number was one of the show's highlights.  He was in terrific voice.  Maybe you can find that NBC special online.  I hope you enjoyed our chat. Happy New Year.