There's a classic fantasy romance movie from the 1930s called DEATH TAKES A HOLIDAY.  Actor Fredric March plays a quite aristocratic Death who does indeed take human form and does not take lives for a day.  He wants to know why he's feared.  He falls in love.  Well, Death certainly did not take a holiday this year.  After having a wonderful Christmas dinner with my equally wonderful sister here in the Minneapolis area, I saw the news bulletin that singer George Michael died.  He was only 53.  Like so many of the celebrity deaths in 2016, the news of this one hurt. 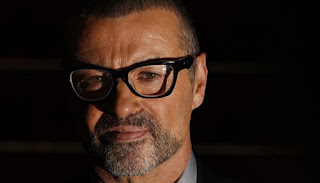 Not that I ever met George Michael, but I loved presenting his old and new music videos on VH1 during my veejay years.  My favorite -- "Father Figure."  I wore that cassette tape out.  I read the lyrics to all his songs on that FAITH album.  About "Father Figure,"  I feel the same way today as I did in the late 80s -- you could sing that song in church on Easter Sunday and it would have spiritual resonance.  The George Michael solo work had a such a soulful brilliance and a smart, sly sexuality.  I loved his image in his solo artist music videos.  Great style.  Handsome bloke.

As is the case with some celebrity deaths -- especially those in the pop/rock music business -- they are cold, quick reminders that we are aging, that we are mortal, that Death does not take a holiday.  Those deaths also show how hypocritical we Americans are when it comes to age.  We get on social media and write RIPs adding that the artists died too soon, that they were too young to die.  George Michael was 53.  David Bowie was 69.  Prince was 57.  Glenn Frey was 67.  We lost them this year.  Michael Jackson died at age 50.  However, put those same ages in your personal ad for dates or on your resumé when you need a job and you're passed over because you're considered ancient -- like Mayan architecture.

George Michael used his star power actively in the greatly needed drive to raise money and awareness in the fight against AIDS.  And he came out.  Today, coming out as gay has an entirely different tone to it for celebrities.  If you come out, people congratulate you on Twitter.  It gets a nice mention in entertainment press.  Organizations like GLAAD throw you a party with cake, gift bags and pony rides.  It's really amazing!  Let's face it.  Just about every other TV show in prime time now has a gay character or a real-life openly gay actor in the cast or a real gay person in a reality show.  We've got openly gay network news anchors now.  But back in the 80s and 90s, coming out for a performer could mean a loss of employment and a severe decrease in work opportunities and income.  Lord knows I was never anywhere near the talent of a George Michael, but I was on national TV and hoped to do more national TV coupled with  few acting roles.  I'm sure people figured out that I'm "heterosexually-challenged" but I did not come out publicly for fear of not getting future employment.  With the money I was making, I not only took care of myself.  I was paying off the mortgage on my long-divorced mother's house after she moved out of South Central L.A. and helping her with bills. 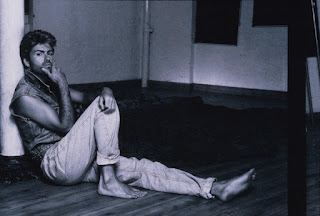 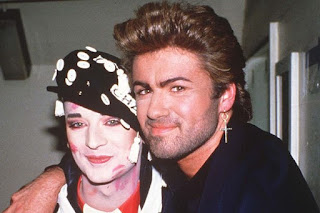 George Michael came out and provided light in some dark times.  His music made me dance and touched my soul.  I also loved that he did standards from the Great American Songbook.  Did you know that?  Listen to him sing a Johnny Mercer song written for an early 1940s musical comedy starring Dorothy Lamour, William Holden and Betty Hutton.  The song is "I Remember You."


We will remember George Michael. 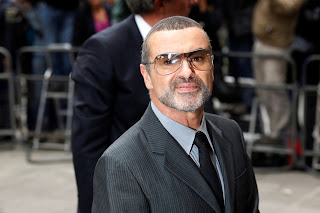