In Praise of Carrie Fisher

Does this actress, screenwriter, novelist have recognition on the Hollywood Walk of Fame yet?  Carrie Fisher is globally famous as Princess Leia from 1977's STAR WARS and its first two sequels.  Those films were box office blockbusters.  The lead actress/heroine from STAR WARS should have a star on the Hollywood Walk of Fame.  Surely billionaire STAR WARS producer/writer George Lucas could pitch in some bucks and buy her one.  She deserves it. 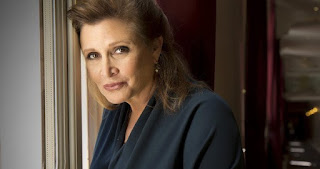 You know that the former Princess Leia is real-life Hollywood royalty.  Her mother, Debbie Reynolds, reigned as a queen of MGM movie musicals.  Her father, a hugely popular singer in the 1950s, was Eddie Fisher.  He divorced Debbie so he could marry Elizabeth Taylor.  Carrie has written about that and humorously talked about that onstage.  Besides Carrie's actress credits in the original STARS WARS trilogy, she was also a supporting player in Woody Allen's HANNAH AND HER SISTERS and the romantic comedy hit, WHEN HARRY MET SALLY.   In addition to that, Carrie Fisher is one helluva good writer.  She's written novels and wickedly funny memoirs.  Her new memoir is called THE PRINCESS DIARIST. 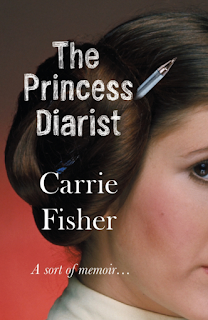 In it, she reveals that she and co-star Harrison Ford had quite the sexy fling back in their sci-fi movie-making days. 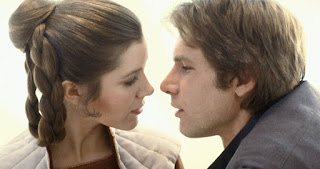 Wasn't it great to see them back together onscreen last year in STAR WARS:  THE FORCE AWAKENS? 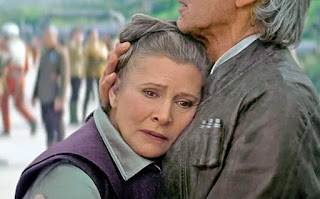 POSTCARDS FROM THE EDGE by Carrie Fisher is fresh, funny, wise and ironic.  It's one of the best Hollywood-on-Hollywood novels I've ever read.  If you read it, you will have greater respect for her skills as a screenwriter.  She adapted her best-selling book into a screenplay.  Mike Nichols directed the 1990 film starring Meryl Streep and Shirley MacLaine. 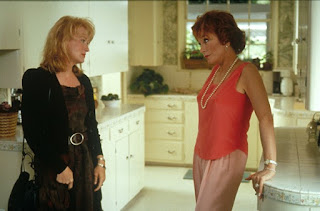 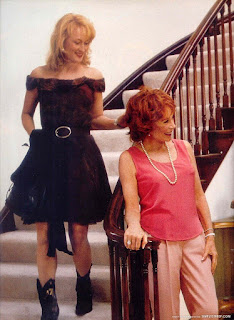 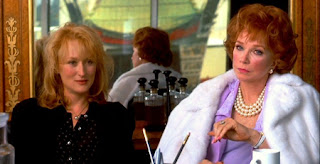 Listen to my short podcast piece about Carrie and POSTCARDS FROM THE EDGE.  It has some backstory info that might be new to you:
bobbyrivers.podomatic.com/entry/2011-03-06T09_08_00-08_00.

If you want to see clips of my VH1 talk show interviews of Carrie Fisher and Debbie Reynolds, just play this short video promo reel: