On Twitter, I re-tweeted a rave review of FENCES in VANITY FAIR.  I added "African American playwright August Wilson won 2 Pulitzer Prizes.  It took over 20 years to get at least 1 of those works on the big screen."  A Twitter reader wondered if what I wrote sent out the wrong message because, as he tweeted, "...the film COULD have been made..."  He's correct.  The film's star and director, Denzel Washington, was on TODAY being interviewed by Matt Lauer on Monday.  Washington said that Martin Scorcese could have directed the movie -- if he wanted to -- but Wilson wanted a black director for a cultural understanding of the material.  When Denzel said to Matt that he knows the smell of a black woman's hair when a hotcomb hits it on a Sunday morning, I laughed with recognition.  I grew up in South Central L.A. knowing that smell too.  Denzel Washington got major executive and financial support from Paramount Pictures. 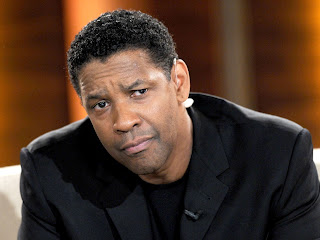 The late August Wilson won TWO Pulitzers and the first movie version of one of those plays opens this coming Christmas Day.

I was a talk show host on VH1 when I saw the original production of FENCES on Broadway.  Denzel Washington and Viola Davis won Tonys for their performances in the Broadway revival.  I saw the original production because Courtney B. Vance, who played the son opposite James Earl Jones as the father, was a guest on my talk show.  James Earl Jones got his one and only Oscar nomination, in the Best Actor race, for recreating his hit Broadway performance in the film version of THE GREAT WHITE HOPE (1970).  His performance in FENCES was extraordinary. 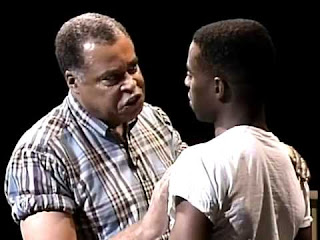 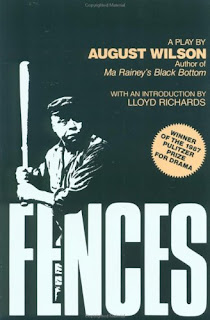 I've written before that the standing ovation applause and cheers James Earl Jones got were so mighty that I thought that racially diverse audience would wait for him at the stage door and carry him aloft down Broadway like Elizabeth Taylor as CLEOPATRA. 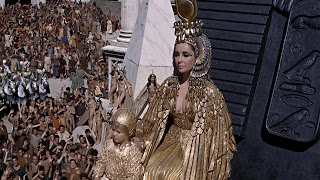 But there was never any buzz about about a film version starring James Earl Jones.  Let's face it:  This is why Motion Picture Academy president Cheryl Boone Isaacs has pushed for more diversity.  The playing field has not been level in front of and behind the cameras in terms of equal opportunities.  When there was talk years ago of a possible FENCES big screen version possibly starring Eddie Murphy as the son, the director mentioned was Spike Lee.  I've interviewed Spike a couple of times.  The first time was on my VH1 talk show.  At that time, Spike was shooting his now-classic 1989 film, DO THE RIGHT THING.

On the TODAY Show, Matt Lauer said that Denzel's performance as MALCOLM X was one of the best, most memorable screen performances he'd ever seen.  Matt added that rarely had he seen an actor submerge so deeply into a role.  Washington was a Best Actor Oscar nominee for that work.  1992's MALCOLM X was directed by Spike Lee.  But even Spike Lee was frustrated by the lack of equal opportunities.  During my interview of the late Sydney Pollack, he mentioned that a project had been submitted to him by his agent to consider directing.  Years later, after my VH1 time, I was working on a local New York City weekday morning news show and interviewed Spike again.  I asked about works submitted to him to consider directing.  I asked if, for instance, he'd ever been considered to direct a BATMAN movie.  Spike's answer was pretty much, "Are you kidding?" and ended with "I'd love to direct a BATMAN movie."

There's also the money aspect.  In his TODAY interview, Denzel Washington told Matt Lauer that FENCES was the best material he'd had script-wise since 1984's A SOLDIER'S STORY directed by Norman Jewison (IN THE HEAT OF THE NIGHT, THE THOMAS CROWN AFFAIR, FIDDLER ON THE ROOF, MOONSTRUCK).  If you rent A SOLDIER'S STORY, listen to the audio commentary.  The film was based on a 1982 play that was written by a black playwright, Charles Fuller, and it won the Pulitzer Prize.  Fuller's play dealt with racism and a murder mystery in the military during WW2.  Jewison had traveled through the South in the 1940s and was in a town where a lynching had occurred.  He was passionate about getting this project on screen.  His IN THE HEAT OF THE NIGHT had won the Oscar for Best Picture of 1967.  However, according to Jewison, no studio wanted to make A SOLDIER'S STORY because it was a "black story" with a predominantly black cast.  Jewison offered to take way less money than he usually got to make it.  He pushed to make it, he did make it and the film was an Oscar nominee for Best Picture of 1984.  And Jewison was an Oscar-nominated white director who met with that studio resistance.

The terrific @selfstyledsiren on Twitter added that "Hollywood wanted 'commercial appeal' which in their minds ruled out a lot of black talent."  So true.  I say that as a veteran network celebrity talk show host, entertainment reporter and as a black performer with longtime SAG-AFTRA union card.  That "commercial appeal" is another of saying that people of color are not "marketable" and won't bring in big bucks like white talent.  This affects us getting work and getting representation for work opportunities.  I know that from personal experience.  Even while I was on national TV, agents didn't think I had "commercial appeal" and turned me down for representation.  Scroll down to my I'M SEEKING WORK blog post from last week for more on that -- with video samples.

That "commercial appeal" barrier is why so many ethnic actresses turned to TV for employment when Hollywood had no good script offers after they'd received Oscar nominations.  Hollywood dropped the ball on equal opportunities.  Rita Moreno, Cicely Tyson, Diahann Carroll, Angela Bassett, Alfre Woodard, Taraji P. Henson and Jennifer Hudson all got 1 Oscar nomination and then went to TV for steady employment.

Jennifer Lawrence is in her 20s.  She has 1 Oscar win and a total of 4 Oscar nominations to her credits.

I am so excited because, come next month, Viola Davis could make Oscar history if she's nominated for FENCES.  And I'm equally excited that FENCES seems to be getting promotion for overseas markets.  Look at this trailer.  In German.

I want FENCES to be a big hit.  Hollywood responds to big box office numbers.  Let's make that happen.