"How do you feel when you sell a man?" That's a line from a movie starring the late, great Broadway, film and TV actress, Ruby Dee. The movie is an intense racial/political drama called UPTIGHT, a remake of a classic John Ford film from 1930s Hollywood. It's also one of those rare pre-1970s film distributed by a major Hollywood studio that lists a Black woman in its screenplay credits at the open of the movie. Ruby Dee not only acted in UPTIGHT, she was one of its screenwriters. If you subscribe to Criterion Channel, you can watch this rarely-seen film now as part of the "Starring Ruby Dee" series. 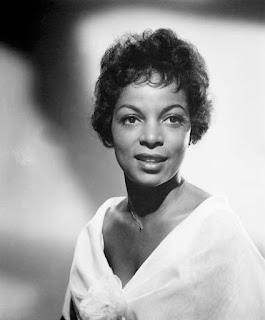 Dee doesn't have a large role in UPTIGHT. But, when she's on, she sets the screen on fire. Her performance makes you want to shout "Shame on you, Hollywood! Shame on you for not giving her the lead role opportunities you gave White actresses." Dee had sizeable movie roles in THE JACKIE ROBINSON STORY and the Joseph L. Mankiewicz 20th Century Fox drama NO WAY OUT, both released in 1950. NO WAY OUT starred Richard Widmark and Sidney Poitier. Ruby Dee and Sidney Poitier played husband and wife in the original Broadway cast of Lorraine Hansberry's groundbreaking play, A RAISIN IN THE SUN. They repeated their roles in the 1961 film adaptation. The original Broadway cast appeared in the film and the screenplay for that Columbia Pictures release was written by Lorraine Hansberry. That onscreen credit was a first for a Black woman. Look at Dee's film performance in A RAISIN IN THE SUN. It was worthy of a Best Actress Oscar nomination -- but didn't get one. Ruby Dee got her one and only Oscar nomination for 2007's AMERICAN GANGSTER. I've written several times about the fact that actresses of color such as Rita Moreno, Cicely Tyson, Diahann Carroll, Alfre Woodard and Angela Bassett down to Best Actress Oscar nominee Gabourey Sidibe (2009's PRECIOUS) achieved one Oscar nomination and then had to turn to TV for steady employment. After the Oscar nomination, Hollywood had no opportunities for them. However, White actresses such as Ann-Margret, Cher, Julia Roberts, Marisa Tomei and Jennifer Lawrence got one Oscar nomination and, afterwards, were pitched so many good script offers that they went on to get another Oscar nomination. Log onto IMDb.com and check out Ruby Dee's extensive filmography. Notice how much of her work was on television. But she came along at a time when Hollywood studios were still timid and discriminatory when it came to Black actresses
Think of how many times you saw Black woman in Hollywood films as maids and housekeepers. Then along comes Martin Ritt's classic modern-day western, HUD starring Paul Newman and Patricia Neal. Neal won a well-deserved Best Actress Oscar for playing the earthy housekeeper in HUD. However, in the novel written by Larry McMurtry that's the basis for HUD, the housekeeper was a Black woman. Just imagine if Ruby Dee had a shot at that role. 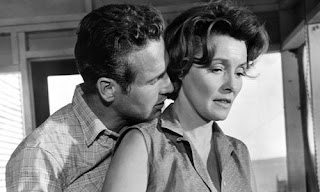 About UPTIGHT...it's a 1968 remake of John Ford's 1935 drama, THE INFORMER. In it, an Irish rebel in 1922 squeals on his friend and then becomes hunted himself by other Irish rebels. It won Oscars for Best Actor (Victor McLaglen), Best Director, Best Screenplay and Best Music Score. 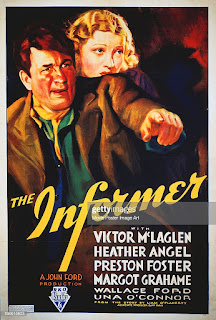 UPTIGHT was directed by Jules Dassin. Dassin was Jewish and grew up in Harlem and the Bronx. For Hollywood, he directed the entertaining WW2 fantasy/comedy, THE CANTERVILLE GHOST starring Charles Laughton, BRUTE FORCE starring Burt Lancaster, THE NAKED CITY and THIEVES' HIGHWAY. He directed the classic French crime caper, 1955's RIFIFI. When I was a youngster, Dassin was very popular because his foreign comedy, NEVER ON SUNDAY, had charmed American moviegoers. It's a Pygmalion comedy about a popular Greek hooker with a heart of gold. Dassin starred in it opposite his second wife, Greek actress and activist, Melina Mercouri. The performance brought her an Oscar nomination for Best Actress and him a nomination for Best Director.

UPTIGHT opens with footage of the Atlanta funeral procession for the assassinated Dr. Martin Luther King. In Cleveland, a group of Black activists is angry that Dr. King's principle of non-violent protest seemed to be ineffectual. He'd been shot and killed. So had civil rights activist Medgar Evers and others. They feel the movement needs to be more muscular, more aggressive. One of the group's rebels, Johnny Wells, is sought by the cops. Johnny's friend, Tank, drinks too much. He's unemployed. He cannot take care of the kids he had with his girlfriend, Laurie (played by Ruby Dee.) His sister is angry at him for not being more focused on the revolution. Julian Mayfield plays Tank. We can see the pools of pain in his eyes and feel the dissonance in his soul. He will become an informer for money from White cops. 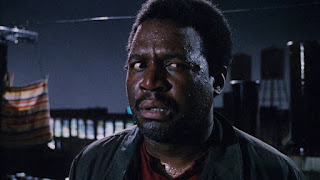 This film was pretty revolutionary in itself. It has two straight Black male friends verbally professing their love for each other. It has an openly gay male Black character who is a key figure. He's not a stereotyped gay character that we can laugh at. He adds a racial/political gravity to the action. Roscoe Lee Browne is a standout as that gay character. 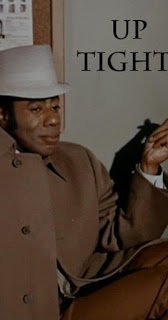 The under-appreciated Janet MacLachlan stars as Tank's sister. The cast includes Raymond St. Jacques and Frank Silvera. There's a solid supporting performance from another Black actress who got one Oscar nomination. Juanita Moore, Best Supporting Actress Oscar nominee for her memorable work as the troubled Black mother in IMITATION OF LIFE (1959), stars as the mother of rebel activist, Johnny Wells. Like Ruby, she is excellent in a small role.

There's good cinematography and smart direction from Jules Dassin who co-wrote the screenplay with Ruby Dee. Dee and her husband, Ossie Davis, knew Dr. King. They attended his historic 1963 March on Washington. This 1968 Paramount Pictures movie was released during the racially turbulent 1960s. In that decade, civil rights activists Medgar Evers, Malcolm X and Dr. Martin Luther King were shot and killed. We'd learn of the racist bombing murders for four little Black girls in church in Birmingham, Alabama. In 1969, Black Panther Fred Hampton would be shot and killed while unarmed and in bed. I'm sure all that gave UPTIGHT an extra racial/political urgency when it hit movie theaters. Check out the "Starring Ruby Dee" series now on Criterion Channel. 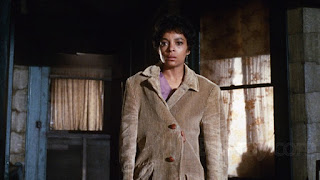