In my TV career, I've been lucky enough to have two on-camera experiences with actor Lou Diamond Phillips. Both experiences, which were TV interviews, left me smiling for hours afterwards. He was as charming as he is talented --- and he's extremely talented. If you've followed his film and TV and Broadway performances over the years, you know that he consistently gets to the truth of a character. As an actor, he never disappoints. I interviewed Lou for the first time during my years as a VH1 veejay and talk show host. He was a guest on my talk show to promote his movie, LA BAMBA. The 1987 hit film was a 1950s rock music biopic about Ritchie Valens. Not only was it a good movie, there was great diversity in the cast. You had an actor of color in the lead role and you had Latino actors playing the relatives of the Latino rock star. Also there was Chicano director, Luis Valdez. The movie, anchored by Lou's excellent performance, put Lou on the movie industry map. 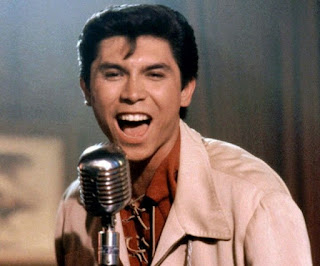 After the interview, before he left our VH1 studio, he surprised me with a thank-you hug and a kiss. 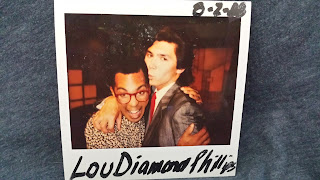 Following LA BAMBA, I was never disappointed spending money to see him onscreen in STAND AND DELIVER, YOUNG GUNS, COURAGE UNDER FIRE and on Broadway in a revival of the classic Rodgers & Hammerstein musical, THE KING AND I.

The next opportunity I had to interview him was when he was promoting THE 33, one of my favorite films of 2015. Directed by Patricia Riggen, it's the tale of the 33 men in Chile who were trapped for 69 days way down in the earth when a mine collapsed. They were mine workers. I watched their miraculous rescue when it was covered live on CNN. Lou played one of the trapper workers, a strong man with a personality and intellect to match. I love his work in this film.

In honor of his birthday, here's that interview I did with Lou Diamond Phillips.

Thanks for the solid performances, Lou.