No Color in Field of Film Critics

I could have saved these good folks so much time and money.  A new study from the USC Annenberg School for Communications and Journalism concludes that film reviewers and critics are predominantly white and male.  As Claude Rains' character proclaims in CASABLANCA, "...I'm shocked, shocked...!"  I have been occupationally aware of and frustrated by that fact since the 1990s.  And I'm not the only person of color who is, especially those of us in TV.  We've been overlooked by the producers of the film review presentations we've seen on network TV morning news shows and on syndicated shows with film critic duos.  What is the subtext TV has intended with its questionable, decades-long lack of diversity in the field of film reviewers?  Is it an ignorance, a basic bigotry along the lines of the longtime Hollywood jive that "Black stories don't make money," "Black films don't sell overseas," "There are no parts for Latino actors" and "Women can't direct big action movies"? Is the subtext that people of color don't care about films and don't have the skills to review them?  Is the message that the field of film critics is exclusive to mostly white males because, regardless of age and experience, they're really the only ones who have the power and privilege to talk about movies?  Or is it simply an unconscious bias?  I lived in New York City for over 20 years and if there's one area in my Manhattan TV career in which I felt a definite color barrier, it was in the field of film reviewing.  Millions of us grew up watching film critics every week on TV in the 1980s...men such as Gene Shalit on NBC... 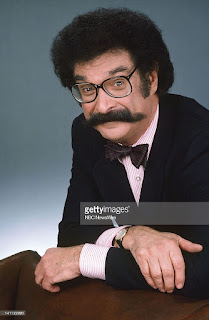 ...the late Joel Siegel on GOOD MORNING AMERICA, Gene Siskel & Roger Ebert on their syndicated show. Later there was the film review duo of Ben Lyons and Ben Mankiewicz.  (I started my TV career as a weekly film critic on the ABC affiliate in Milwaukee. I was reviewing films and doing celeb interviews in 1981, the same year Ben Lyons was born.) 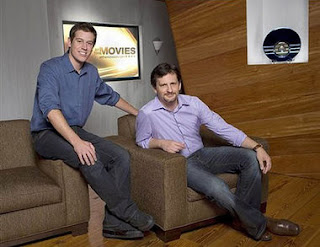 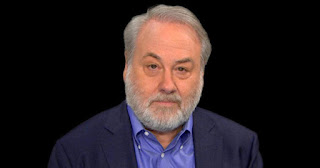 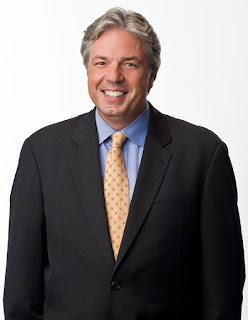 I've been to many, many movie screenings in New York City.  I have seen plenty of African American and Latino male and female film critics.  We've talked and discussed the frustration of not getting TV opportunities to review films on a regular basis.  We're saved for "politically correct" occasional bookings like to give recommendations of movies to watch for Black History Month or race topics like Blaxploitation Films or Slavery or to discuss a particular famous black show biz celebrity.  But for the general movie talk, whether new films or old, we're excluded.

In 1993, I was an in-studio film critic on the WNBC live weekend morning news show.  I did three weekends as a film critic, starting with a review of PHILADELPHIA.  I was flattered because the show's news anchor complimented my writing on the air.  However, the news director pulled me from that spot and replaced me with film critic Pia Lindstrom (daughter of actress Ingrid Bergman).  Pia liked my work and had no idea why she was assigned to do weekend duty, but I felt that race was the subtext for the switch.  Years later, after I'd quit that job, I was contacted by Al Roker to meet regarding a possible weekend film review/interview show.  I'd be a member of a trio.  The other two coming to meet were veteran critic Jeffrey Lyons and the wonder Alison Bailes.  We met.  Weeks passed and I didn't get a follow-up, so I figured the project Al was producing didn't get a greenlight.  Then one Saturday, I turned on the TV and there was the show -- with Jeffrey Lyons, Alison Bailes and the third member was Jeffrey's son, Ben Lyons.

I felt some resistance in 2000 when ABC News needed a film critic for a new weekday show on Lifetime TV.  The resistance, I discovered, was because it was assumed I didn't know anything about films.  The execs had never bothered to view my demo reel. I pushed and I got the job.
Shows like the one Ben Lyons and Ben Mankiewicz hosted in 2008, I never heard about auditions for those film review shows.  I wonder how many men and women of color did.  Ben Mankiewicz is now the senior film host on TCM, one of my favorite networks. 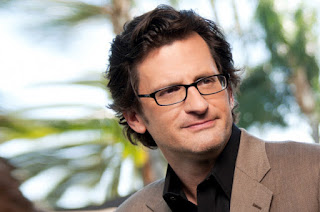 Our exclusion, if you will, has carried over to movie channels it seems. Remember when AMC was American Movie Classics and showed only old movies?  All the hosts were white males.  TCM (Turner Classic Movies) has five hosts -- Ben Mankiewicz, Eddie Muller, Alicia Malone, Dave Karger and occasionally Leonard Maltin. Five white hosts.  This year, TCM saluted African American filmmakers on Martin Luther King, Jr. Day.  But there was no African American as guest host or guest co-host.

This lack of a level playing field in film criticism and commentary effects the news being highlighted or ignored.  Here's a short piece I posted months before Oscar nominations came out.  I talk about Viola Davis and opportunities for actresses of color in relation to the Oscars:
Chris Connelly and PEOPLE's Jess Cagle (both white fellows) were on ABC's GOOD MORNING AMERICA live as the Oscar nominations were announced.  Connelly and Cagle mentioned that Meryl Streep had received another record-breaking Oscar nomination.  No one mentioned that Viola Davis had just made Oscar history.  Her third nomination, received for FENCES, had just made her the most Oscar-nominated black actress in all Hollywood history.  That was not mentioned -- and Viola Davis starred on the hit ABC series, HOW TO GET AWAY WITH MURDER.  Not only that, but the 20-year record for the most Oscar-nominated black actress in Hollywood history had been held by Oscar winner Whoopi Goldberg who had nominations for THE COLOR PURPLE and GHOST.  She won for 1990's GHOST.  Whoopi's on ABC's weekday talk show, THE VIEW.

Recently, HBO repeated its documentary SPIELBERG.  I watched it again. It's good.  However, my one complaint about this 2017 doc from executive producer Susan Lacy (who gave us the wonderful AMERICAN MASTERS shows on PBS) is that there are six film critics and one film historian seen in SPIELBERG...and they're all white.  Not one black male or female film critic or historian provides commentary -- and THE COLOR PURPLE gets a sizable segment in Lacy's documentary.

We need to take on a "Time's Up" attitude and call out our experiences and anger over this inequality. There must be diversity in the arts ... and in the conversation about the arts.  If we're not getting equal opportunities, we need to make that known.  I did not seek to become a famous film critic like a Roger Ebert but I did hope that my being seen as a film critic locally or nationally would help open the door for other talent of color who could do it even better. I get so outdone that well-paid white guys in newspapers and on TV are the ones telling me why I need to see 12 YEARS A SLAVE, THE HELP, THE BUTLER, HUSTLE & FLOW, DO THE RIGHT THING and THE COLOR PURPLE.  I grew up in South Central L.A.  I've sat at bus stops waiting for a bus in Compton. Do you think David Edelstein, Rex Reed or Chris Connelly have? Then why can't I be on TV or quoted in a magazine with a review of STRAIGHT OUTTA COMPTON?

Wesley Morris is a slim, handsome African American journalist in her early 40s.  He now writes for The New York Times.  In 2012, when he wrote for The Boston Globe, he won the Pulitzer Prize for film criticism.  African American journalist Hilton Als writes for The New York magazine.  He won the 2016 Pulitzer Prize for theater and film criticism.  I've seen Rex Reed on CBS telling viewers that he hated GET OUT.  I've never seen those two black gentlemen giving soundbites about films on a news show and neither one of them gives a comment in SPIELBERG.

We've gone from the years of Siskel & Ebert to the modern days of Rotten Tomatoes.  The lack of diversity still exists.  Last year, when Tiffany Haddish accepted an award from the New York Film Critics for her performance in GIRLS TRIP, she mentioned that the only critics she'd ever seen on TV when she was growing up were Siskel & Ebert.  So she wasn't aware that black and Latino critics exist.  There's still equality work to be done.  The results of that USC study were not news to me.

That's how I feel.  And that's why I greatly appreciate L.A. radio station KPCC 89.3 and its daytime host, Larry Mantle.  Every Friday, Larry hosts a hour of movie reviews during his AirTalk weekday show.  That movie hour is called "FilmWeek" and Larry constantly presents race and gender diversity in his panels of guest critics.  He books excellent film journalists such as Justin Chang of The Los Angeles Times, Tim Cogshell and Claudia Puig, head of the L.A. Film Critics Association.  Larry Mantle's "FilmWeek" gives the kind of diversity in film reviews and commentary that network TV news has overlooked for decades. Stream his show or hear it on the website.  Here's the link: scpr.org.  Follow Larry's show on Twitter -- @ AirTalk.

Here's a demo reel that TV producers got when I pitched myself to cover film entertainment.