Black and Gay on Broadway

I have a question for you.  Currently, there are two plays in revival on Broadway that focus on the gay male experience in America at different times in our previous century.  Both revivals met with high praise from critics.  The groundbreaking Mart Crowley play, THE BOYS IN THE BAND, premiered off-Broadway in 1968.  That was a year before the June death of Judy Garland followed by the Stonewall Uprising in which NYC's gay community got loud and physical in Greenwich Village with its anger at years of police harassment.  The Gay Liberation movement followed.  William Friedkin directed a good 1970 screen adaptation of THE BOYS IN BAND. 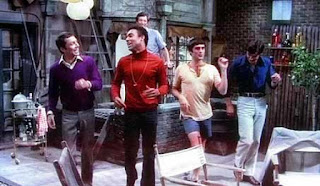 That play is on Broadway now with a cast that includes actors popular from stage and TV, actors who are openly gay and constantly employed.  One is Jim Parsons, hugely popular for playing Sheldon Cooper on the long-running hit CBS sitcom, THE BIG BANG THEORY.

To be gay, to be an openly gay male in show business, and to get regular employment still on stage and on network TV, that was unheard of in the closeted days of 1968 when THE BOYS IN THE BAND premiered.  So was same-sex marriage.

Tony Kushner's brilliant ANGELS IN AMERICA is in revival on Broadway.  I saw this play when it opened in 1993.  Wow.  It burns an impression into your heart and mind.  This play premiered when we were in the dark days of the AIDS crisis, a crisis that was like a Medieval plague on modern times.  AIDS is central in the play.  AIDS ravaged America's black community.  I lost several black friends to AIDS -- a salon hairstylist (who introduced me to Leslie Uggams), an audio engineer, an aspiring playwright, a music publicist, Broadway dancer/actor Gregg Burge, and a travel agent for MTV/VH1 Networks.  AIDS claimed the lives of African American tennis champion Arthur Ashe and trailblazing ABC News journalist Max Robinson, the first African American to anchor the network's evening news. 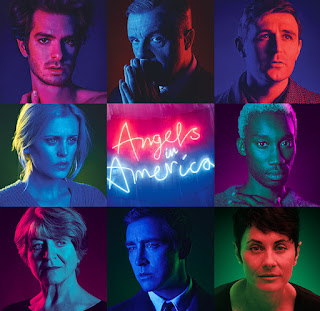 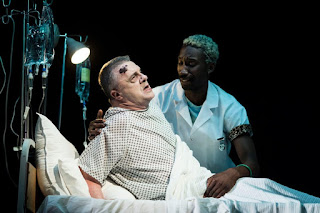 It's 2018 and my question is about Black gay men as lead characters in Broadway plays  -- or, rather, the lack of them.  Add Latino/Hispanic men in there too.  As I wrote, I saw the original ANGELS IN AMERICA production on Broadway.  In addition to that, I've seen other plays with lead characters who are gay males. Some of those plays are Terrence McNally's THE LISBON TRAVIATA and LOVE! VALOUR! COMPASSION!, Larry Kramer's THE NORMAL HEART (about the AIDS crisis), Harvey Fierstein's TORCH SONG TRILOGY and the musical version of LA CAGE AUX FOLLES with a script by playwright Harvey Fierstein. 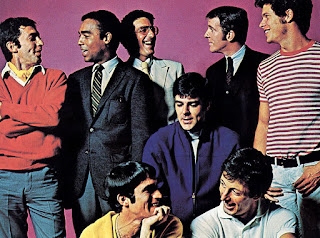 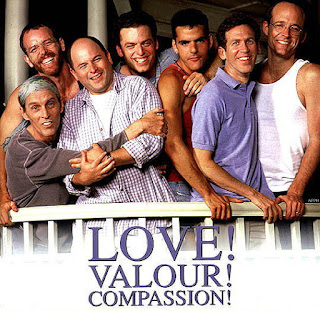 In the mid 1990s when I was watching a performance of LOVE! VALOUR! COMPASSION! on Broadway, it hit me that I had never seen a play in which an African American gay male was a lead character.  We were never the architect, the lawyer, the playwright, the classical musician, the doctor, the reporter or the professional who has the summer house on Fire Island.  We're always in supporting roles mainly to give emotional support to and say inspirational things to the white gay male lead character.

Can you think of any Broadway play about gay characters in which an African American male was a lead character?  Please let me know what it is. Oh...and plays in which the black gay male character is not a drag queen.  No that there's anything wrong with that. But I've seen white writers present us as drag queens several times already.

Based on the plays I've seen plus the current revivals of THE BOYS IN THE BAND and ANGELS IN AMERICA, it seems that the stories of gay male life presented on Broadway have been and still are predominantly driven by upscale white male characters.