This actress and activist made Broadway history co-starring with Sidney Poitier in 1959.  That's when they played a young married couple in a segregated Chicago area hoping for a better life.  The groundbreaking play was Lorraine Hansberry's modern drama, A RAISIN IN THE SUN.  Hansberry was the first Black woman to write a play that was performed on Broadway. 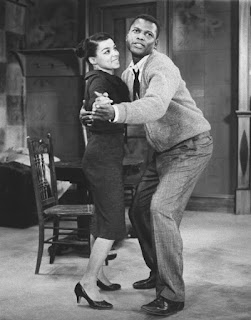 Ruby Dee and Sidney Poitier repeated their Broadway roles in the 1961 film version.  Ruby Dee and Sidney Poitier had played relatives in the 20th Century Fox 1950 film, NO WAY OUT.  This was a modern-day race drama in which Poitier played a hospital doctor whose patient is a wounded racist criminal played by Richard Widmark.  Dee followed that with a solid, stand-out performance as the well-dressed, smart slave maid in THE TALL TARGET.  This 1951 release was a tight historical thriller in which a New York City detective on a train works to thwart a plot to assassinate President-elect Abraham Lincoln.  Dee had scenes with the film's star, Dick Powell. 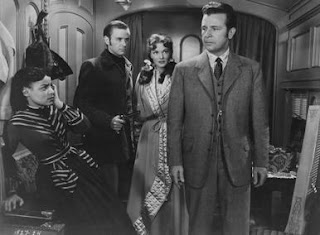 Ruby Dee and Sidney Poitier starred as husband and wife in the post-Civil War western, BUCK AND THE PREACHER.  Poitier also directed this film that co-starred Harry Belafonte.  To me, Ruby Dee should have been a Best Supporting Actress Oscar nominee for Poitier's 1972 film.  She has a strong role as the wife who realizes that, although the Civil War has ended, America has not instantly become post-racial.  She wants to move to Canada.

When Ruby Dee finally did get an Oscar nomination, it was for her blazing work as Mama Lucas in the 2007 drama, AMERICAN GANGSTER.  She was an Oscar nominee for Best Supporting Actress.  In this man's opinion, that should not have been her first -- and only -- Oscar nomination.

We saw Ruby Dee excel in dramatic parts onscreen from 1950's NO WAY OUT (in which she didn't even receive a screen credit), THE TALL TARGET and A RAISIN IN THE SUN to Spike Lee's DO THE RIGHT THING and JUNGLE FEVER to 2007's AMERICAN GANGSTER starring Denzel Washington.

You could also throw a fast ball of comedy material to Ruby Dee and she would hit it out of the park for a home run.  She lights up the screen and makes you laugh as Lutiebelle Jenkins in the 1963 release, GONE ARE THE DAYS!  This is the indie movie adaptation of a Broadway play written by and starring Ruby's husband, Ossie Davis.  The modern-day Civil Rights era satire set in the Deep South opened on Broadway in late September 1961. 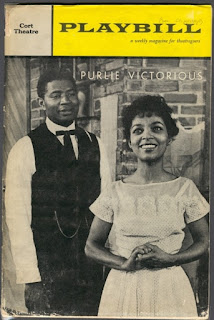 The play was called PURLIE VICTORIOUS, named for the handsome, flamboyant and subversive young preacher who returns to the plantation where he was once a servant. He plans to upset the white folks by preaching at a community church and inspiring the Black folks to be free.  He tries to pass Lutiebelle off as his cousin in a plan to work the plantation master's last good nerve.  This play later served as the basis for the hit Broadway musical comedy, PURLIE! 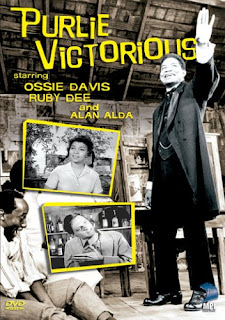 Beah Richards, Godfrey Cambridge and Alan Alda co-starred in the Broadway cast with Ruby Dee and Ossie Davis.  Alda is the tall dude on the far right of this photo.  Alda played the liberal son of the plantation master: 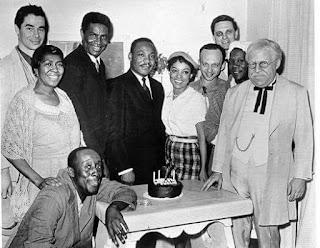 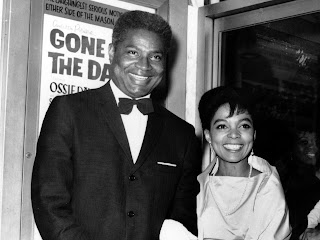 Ossie was screenwriter on the film version and the title was changed to GONE ARE THE DAYS!  Ruby Dee is absolutely delightful in this comedy: https://youtu.be/wj6dH82LXQE.

On August 28, 1963, Ruby Dee and Ossie Davis would be on the podium in attendance at Dr. King's historic March on Washington.  They'd be present for the "I Have a Dream" speech.  Before Dr. King's speech, the actress gave a reading. 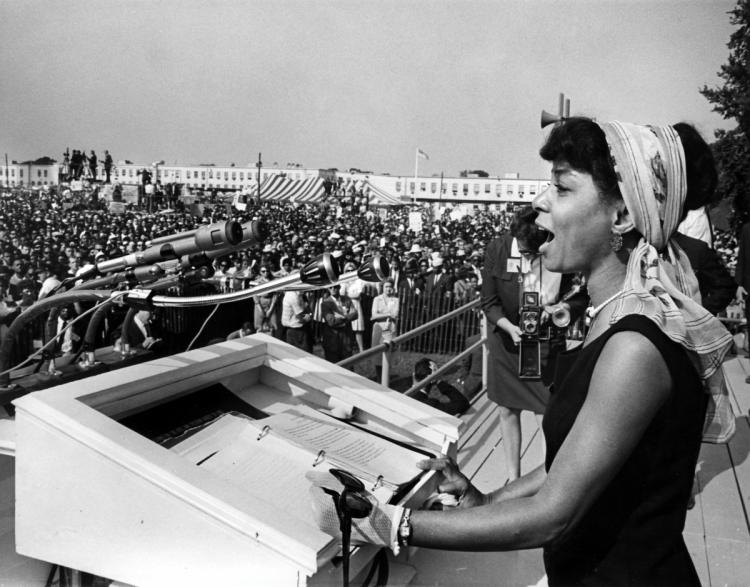 Ruby Dee.  She was remarkable indeed.