When I was a kid in South Central LA, one of the most eagerly-awaited days of the year was the annual Sunday when CBS had a special prime time broadcast of THE WIZARD OF OZ.  Keep in mind that this was years before cable TV, DVDs and such.  The evening of the annual network airing of THE WIZARD OF OZ was like Christmas to me.  It was a magical night of family viewing. 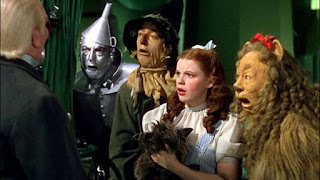 Our local station KTTV/Channel 11 had access to a lot of films in the MGM library.  KTTV aired a lot of the Judy Garland MGM musicals, except for THE WIZARD OF OZ.  So, when I was a kid, I'd come home from school or come in from playing outside on the weekends and I'd see Judy Garland when she was a kid who made movies with Mickey Rooney. 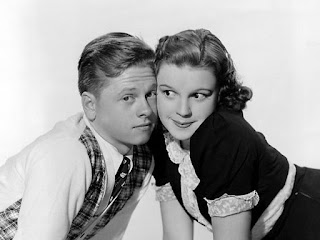 Another local station was KHJ/Channel 9.  The call letters are now KCAL.  On Friday nights, KHJ aired movies that were mostly indie films for mature viewers.  Movies like DAVID AND LISA, GONE ARE THE DAYS with Ossie Davis and Ruby Dee, 1957's THE BACHELOR PARTY and ONE POTATO, TWO POTATO.  One feature had an all-star cast.  It was an Oscar winner and a longer film. The first half aired one night.  The second half aired the following Friday.  In the station's promos, I heard that Judy Garland was in the movie.  Of course, I wanted to stay up on Friday night to see it. 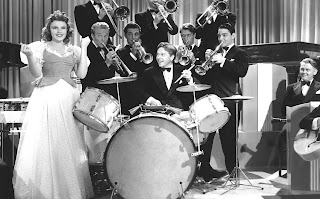 Mom and Dad told me that this was the older Judy Garland. Not like in her early MGM musicals with Mickey Rooney.  This was Judy Garland when she was a grown-up.  She wouldn't be singing and dancing.  This was a serious film.  A drama.  But they suggested that I see it and they would be watching it too.  They told me that some of what I would see would shock and scare me.  The scariest thing would be that it really happened. 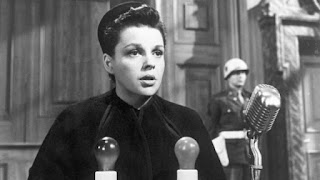 My parents in South Central L.A. used the film JUDGMENT AT NUREMBERG and my love for Judy Garland to teach me a history lesson.  They wanted me to be aware of a crime that should never, ever happen again. Never again.  This was before I started middle school.  In the 1961 drama, Nazi offers are held accountable for the Holocaust, for the mass exterminations of Jews during the WW2 years.  In the film, we see actual news reel footage shot inside the concentration camps when the Allies arrived. 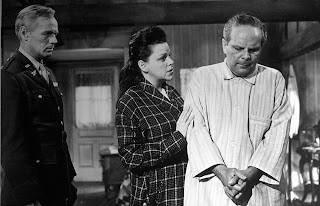 Judy Garland played Irene Hoffman, woman who had been accused of being a traitor to Germany because she had befriended an old Jewish man.  She was accused of that alleged crime when she was 16 -- about the same age Garland was in real life when we saw her as Dorothy in THE WIZARD OF OZ.  Irene is now a married woman called upon to testify in the Nuremberg trials and recount that horrible time.  I attended a parochial high school in Watts.  There, teachers showed us a documentary that taught me more about the Holocaust and World War 2.