A Note on AN AMERICAN IN PARIS

I watched it on TV.  Glorious Gershwin music with orchestrations and Technicolor to match.  I gave AN AMERICAN IN PARIS my full attention.  I didn't multi-task on social media.  No tweeting. Nothing.  As many times as I've seen it,  I fell in love with Gene Kelly and Leslie Caron again as their characters fell in love with each other onscreen. 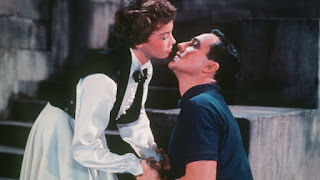 It was the first musical directed by Vincente Minnelli to win the Oscar for Best Picture.  The second was GIGI.  If there was ever a director during the Glory Days of MGM whose films hallmarked diversity and inclusion, it was Vincente Minnelli.  His first film for MGM was an adaptation of the hit Broadway musical fable, CABIN IN THE SKY, a show with an all-Black cast.  The movie also had an all-Black cast with recording and Broadway star Ethel Waters repeating her stage role and Lena Horne making her feature film acting debut as the town's gorgeous vamp.  The Minnelli Touch, which was definitely a touch of class, was evident from the beginning of his directorial career.  In the World War 2 dramatic love story, THE CLOCK, starring  Judy Garland (Mrs. Vincente Minnelli by then), African Americans could see representations of themselves onscreen and smile with relief and pride.  At a time when the U.S. troops were segregated and -- let's face it -- so was Hollywood, Vincente Minnelli realistically Black American servicemen in uniform saying good-bye to loved ones as the characters played by Judy Garland and Robert Walker were saying good-bye to each other in a New York City train & subway station.  In THE PIRATE, a Minnelli musical starring Judy Garland and Gene Kelly, one of the film's highlights is the dance number Kelly does with The Nicholas Brothers.  Yep.  Vincente Minnelli got an integrated dance number into an MGM musical.  There's a brief but bold bit of diversity and inclusion in AN AMERICAN IN PARIS (1951).  I watched this MGM gem recently on TCM during a day and night salute to Leslie Caron.  The French ballet dancer/actress made her film debut in this movie.  She had to learn dance numbers.  And she had to learn English. 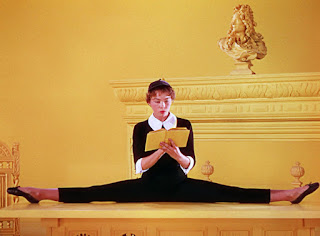 The brief but bold Minnelli moment of diversity and inclusion in this musical is seen during the extravagant Beaux Arts Ball sequence that leads into the classic "An American in Paris" ballet sequence.  The costuming in this sequence was done smartly all in black and white so it wouldn't compete with the lush color in the film's long ballet number that brings the movie to a conclusion.  Before the Beaux Arts Ball, the two lead characters in love have parted.  The unknown American artist, Kelly, is on the brink of becoming the boy-toy of the single heiress who is sponsoring him.  The young French lady he loves has a complication in her life.  But this is an MGM musical, so there will be a happy ending.  The heartbroken artist takes his sexually available sponsor to the ball. 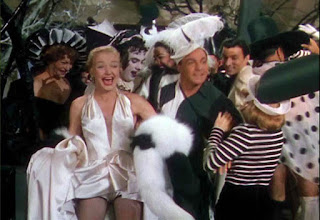 You have to look fast after this scene with Milo the sponsor (Nina Foch) and the best friend/roommate of Jerry the artist, Adam (Oscar Levant). 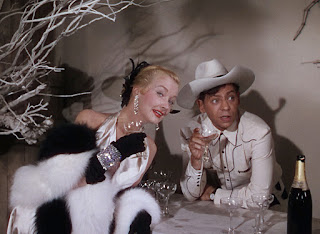 After the Milo/Adam exchange we see the revelers who've packed the ball.  In the quick crowd shot of dancing couples, we see a same-sex couple.  Two brawny guys in black and white costumes are dancing together.  One is shirtless and wearing a tutu.  In another quick shot, we see them holding hands.  I bet Minnelli blended them into the crowd so well that the censors didn't notice and have him cut the scene.  That's how Hollywood rolled in those days of production codes. 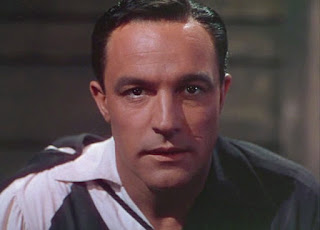 A few minutes later, the camera moves in onto Gene Kelly's face for a tight close-up.  We're into the dazzling "An American in Paris" ballet sequence with Jerry (Kelly) and Lise (Caron).  This ballet to the majority of George Gershwin's composition was created for the film. 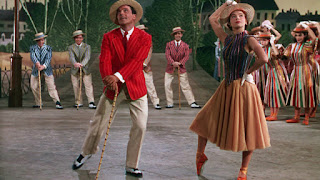 AN AMERICAN IN PARIS.  Vincente Minnelli's musical truly is a work of film art.