I still feel that she was one of the best and sharpest journalists NBC ever had in its history to cover politics.  That's why I was extremely flattered and surprised when Katie Couric was one of the first people to pay me a compliment on my work.  I was an on-air regular on a new WNBC local Saturday and Sunday morning live news program called WEEKEND TODAY IN NEW YORK.  It premiered in September 1992.  The following month, I had done a piece on what it was like to cover a Madonna press event in downtown Manhattan.  Madonna showed up, but didn't do interviews and some national TV show producers were irritated.  I was determined to get at least one word from Madonna in my WNBC microphone.  After the piece aired, I checked my voicemail and heard "Nice hustling on the Madonna piece there, Bobby Rivers."  It was a message from Katie Couric, then a morning star on TODAY. 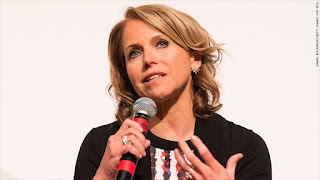 I've written before that I was approached to be on the WNBC show.  This was two years after my three happy years at VH1 had come to a contractual end.  WEEKEND TODAY IN NEW YORK initially contacted me to do entertainment interviews and film reviews.  That appealed to me greatly.  Especially the film reviews opportunity.  In the history of TV, as I've mentioned, the field of film critics on newscasts and syndicated entertainment shows lacked racial diversity.  The day before our show premiered, I was told by a long-gone WNBC boss that I would do funny live segments in the field presenting things-to-do around town instead.  I'd be at street fairs and shopping malls instead of in the studio at the desk doing film reviews and entertainment interviews.  I was under contract and I stayed on the show, unhappy with this change in my duties.  Frankly, I felt racial inequality.  Even after the well-received Madonna piece, I was back at shopping malls and street fairs.  I did get to do occasional celeb interviews but only after I really had to challenge the WEEKEND TODAY IN NEW YORK producer, someone who said "I don't know if you have the skills to do them."

In October 1993, if I recall correctly, there was a big unflattering story in New York's The Daily News about NBC News management.  A network news staffer, it was reported in the article, raised a major complaint when a network news producer, a white man, referred to Somalian military leaders as "educated jungle bunnies" during a prep meeting for the evening's newscast.  The producer who made the racial slur was contacted by the newspaper columnists, admitted what he said and did not apologize for his statement.  He was neither fired nor suspended.  Can you imagine if that New York Daily News article had come out nowadays in this age of social media?

WEEKEND TODAY IN NEW YORK became a hit local show.  I quit the show in early 1995.  I was told that, although my work was good and I was popular with viewers, I would only be a part time employee on the weekend show. I'd be working, but no longer under contract.  I'd continue to be the funny guy in the field at family events.  I would not be moving up to full time work on WNBC and I most certainly would not be moving up to network NBC weekend news show exposure.  That's why I gave my 2-weeks notice.

I got other work in TV.  In 2002, I watched the 50th anniversary of TODAY.  It was a wonderful show.  But it really hit me at the end when all the on-air talent past and present was gathered, that there were only TWO African-American talents working on TODAY in its first 50 years -- Bryant Gumble and Al Roker.  Only two in 50 years. 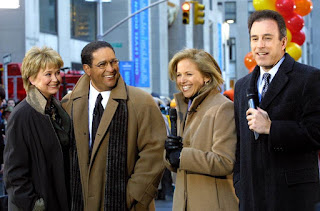 Katie Couric wrote about race in this fine book she wrote in 2011: 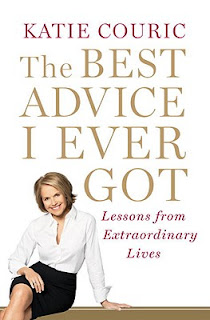 On about page 100, she wrote about seeing the Broadway revival of Rodgers & Hammerstein's SOUTH PACIFIC, a classic musical that addresses racial prejudice in a World War 2 setting and love story.  Katie felt the impact of the song "Carefully Taught."  I wrote about that song in an earlier blog post this month called THE WISDOM OF RODGERS & HAMMERSTEIN.  What impacted Katie about the song was that it wisely tells us that prejudice is a learned behavior.

The recent events in Charlottesville, Virginia -- with neo-Nazis and KKK members on the march -- were like a punch in the gut to Katie as she watched news footage.  Katie said:  "It's become the symbol of where we are as Americans in 2017, and it breaks my heart...Perhaps Charlottesville will serve as a wake-up call, that hate groups need to be taken seriously and that fair-minded people need to speak up..."

Am I surprised the events at Charlottesville happened?  No.  I grew in South Central L.A. during the Watts Riots.  I attended high school in Watts.  I saw how the rebellion was covered.  The damage was documented but not the racial disrespect and agitation that sparked it.  During my first professional broadcast job, in Milwaukee after I graduated from Marquette University, I would get anonymous hate mail with the N-word and swastikas in the letters.  I'm a Black American.  I know personally that the this country I love is still infected with a virus of racism.  And not just below the Mason-Dixon line.

When Katie was at NBC and the "educated jungle bunnies" story broke, did she realize how disgusted we employees of color were to read that?  Did she notice that TODAY hired only two Black talents in a 50-year period?  When Donald Trump, an NBC TV host, frequently and disrespectfully claimed that President Obama was not a real citizen, did she know how angry that made us Black Americans?  Does she know that when Teabaggers and Trump shouted "Time to Make America Great Again" that we minorities knew that was code for "Make America White Again"? 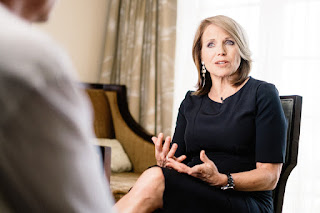 Before Charlottesville and in her network TV career, did she think the playing field was level?  She's a fair-minded person.  Did she speak up?  I would LOVE to talk race with Katie Couric for about 20 minutes on a podcast.  I've got a studio available that's a short walk from Radio City in the theater district.

Here's some of the work I did on VH1 before I was approached and hired by WNBC:
Here's the Madonna piece I did in the second month of WNBC's WEEKEND TODAY IN NEW YORK: