I admit it.  I have had a major man fan-crush on actor Tom Skerritt ever since I saw him in Robert Altman's 1970 film, MASH.  I still have a man fan-crush on him.  I don't care if he's older than the Declaration of Independence.  I totally dig Tom Skerritt.  He's not just very good-lookin'.  He's a very good actor.  And has been for quite a while. 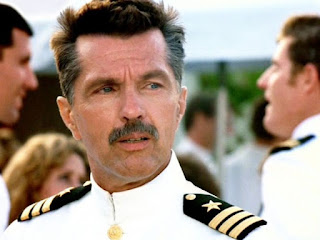 So, when I was new to New York City and the new guy doing celebrity interviews for a local weekday news program on WPIX TV/Channel 11, I pretty much had to suppress a squeal of sheer delight when I was asked if I'd be interested in interviewing Tom Skerritt on the show.  He was in town promoting his new film, 1986's SPACECAMP.

I really have been a Tom Skerritt fan for a long time.  To me, he was the perfect choice to play a motorcycle cop in 1971's HAROLD AND MAUDE.  I grew up in Los Angeles.  That was a California story and he looked just like California cops I'd seen on the streets.  He did lots of TV work.  Skerritt had two big box office champs on his resume after HAROLD AND MAUDE.  He played Dallas in 1979's sci-fi horror blockbuster ALIEN. 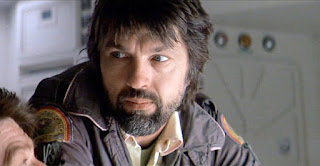 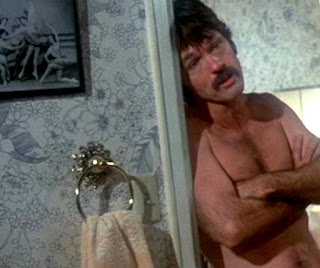 He fell in love and chose the life of a suburban family man over continuing life at the barre in tights.  He married the Shirley MacLaine character. 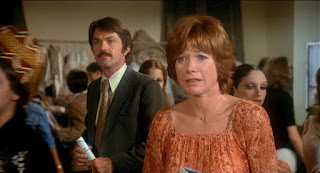 They have a daughter who studies dance and she's good enough to be accepted into advanced classes in New York City -- where the Anne Bancroft character is an unmarried but celebrated prima ballerina.  There will be friction between the two best friends.

In person, Tom Skerritt was everything I hoped he would be.  Gracious, down-to-earth, warm and witty.  Ours was a fun interview.  Before he left, he hugged me better than my dad ever had.  In my mind, I felt like Madeline Kahn in YOUNG FRANKENSTEIN operatically singing "Ah, Sweet Mystery of Life as last I've found you...."

In my research, I had read that Tom Skerritt was offered points in two movies.  Points are when actors gamble and negotiate to get a piece of the box office gross in addition to their payment for making the film.

I'd read that Tom Skerritt turned down the opportunity to get points in ALIEN and THE TURNING POINT.  I asked him if that was true and he let out a hearty laugh as he admitted that the story was indeed true.  He shrugged it off with a very cool "Hey, who knew?" attitude.

I concluded the interview by asking if he was offered points in the other movie he had coming out that year.  He chuckled and playfully said, "I'm not gonna tell ya." 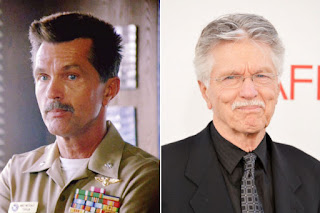 You've also seen him in A RIVER RUNS THROUGH IT, STEEL MAGNOLIAS, Cameron Crowe's SINGLES and the TV series PICKET FENCES (1992-1996) and BROTHERS AND SISTERS (2006).