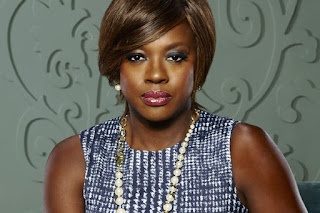 Viola Davis has the lead female role, the role of the wife and mother, in the upcoming film adaptation of August Wilson's Pulitzer Prize winning dramatic play, FENCES.  However, according to VANITY FAIR writer Joanna Robinson, "...in a strategic move, Davis has decided to go after the best supporting actress Academy Award in order to ensure she finally gets to take home that Oscar." 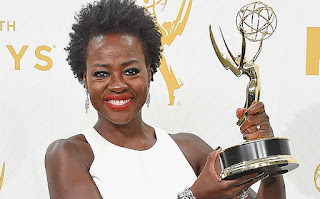 A website called The Playlist confirms that Ms. Davis has been submitted in the Best Supporting Actress category for the 2017 SAG Awards for her role in the film opposite Denzel Washington.  Originally, it was believed she would campaign for Best Actress.

Denzel Washington and Viola Davis won 2010 Tony Awards for their lead role performances in the Broadway revival of the hit play.  Washington directed the film version which opens Christmas Day.

Back to the VANITY FAIR article.  In the rest of it, Joanna Robinson handicaps what other actresses will be Oscar contenders and in which category -- Best or Best Supporting.  She also makes the accurate note that just about all the black women who have won Oscars have won in the Best Supporting Actress category.  This goes back to the first ever black Oscar winner, Hattie McDaniel for 1939's GONE WITH THE WIND to the next black woman who won the Oscar in the same category 50 years later, Whoopi Goldberg for GHOST.   Jennifer Hudson, Mo'Nique, Octavia Spencer and Lupita Nyong'o also took home Hollywood gold for Best Supporting Actress.  Halle Berry is still the only black woman who won the Oscar for Best Actress.  That was for the 2001 film, MONSTER'S BALL.

This underscores the need for diversity, inclusion and equal opportunities in Hollywood, a need that received critical national attention after the second consecutive "Oscars So White" controversy when the Oscar nominations were announced early this year.   Historically, Black and Latina actresses such as Cicely Tyson, Alfre Woodard, Angela Bassett, Diahann Carroll, Taraji P. Henson, Gabourey Sidibe and Rita Moreno went to TV for employment after earning Oscar nominations because there were no other good Hollywood script offers.  This month in an interview on TCM (Turner Classic Movies), Rita Moreno revealed that she didn't get major screen work for about seven years after her Best Supporting Actress Oscar win for WEST SIDE STORY.  Whoopi Goldberg and Viola Davis also turned to TV when Hollywood had no other good quality scripts for them after Oscar nominations.  Both have won Emmys.  Compare the number of Oscar nominations for all the above mentioned black actresses compared to those of white actresses who had more opportunities -- actresses such as Cate Blanchett (7),  Julianne Moore (5), Amy Adams (5), Julia Roberts (4) and relative newcomer Jennifer Lawrence (4).

I didn't see the FENCES Broadway revival.  However, I did see the original Broadway production starring James Earl Jones and Mary Alice.  The role later played by Viola Davis is definitely the female lead.  So why a possible Best Supporting nomination?  That's Hollywood.  Think back to 1973's PAPER MOON.  Little Tatum O'Neal won the Best Supporting Actress Oscar even though the movie was based on a novel called ADDIE PRAY and she played Addie.  She was the lead character. Denzel Washington got the first of his six Oscar nominations for playing slain South African civil rights activist Stephen Biko.  The 1987 movie CRY FREEDOM was about Biko, who fought apartheid in the 1970s, and his friendship with white journalist Donald Woods. The screenplay was based on two books,  one of which was titled BIKO.

Denzel was nominated for Best Supporting Actor.  Even though he's the main character.  Again, that's Hollywood.

All that said, I repeat my prediction:  Viola Davis will be the first black actress to have more than two Oscar nominations to her credit.
at October 24, 2016