Love Me Some Helen Mirren

To me, Helen Mirren was not just THE QUEEN on screen.  This fascinating veteran actress is regal off screen as well. 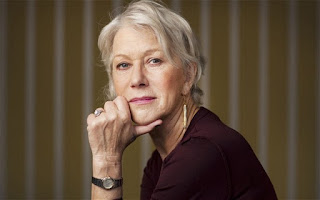 Dame Helen rocks the November 2016 cover of Elle.  It's the magazine's "Women In Hollywood Issue."  How great to see a mature woman grace the cover of a classy magazine. 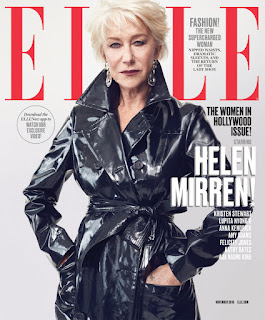 I have a tip on a Helen Mirren movie to watch.  It's a crime story, a love story and it has the kind of unconventional, dysfunction characters you've come to expect from Lee Daniels.  He's the man who produced and directed the movie PRECIOUS and gave us that hot TV series EMPIRE. 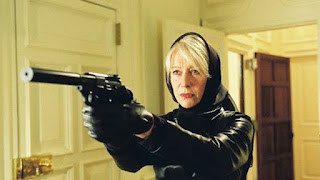 She's one of the best in the business.  Cuba Gooding Jr plays a fellow contract killer.  He's her lover -- and her stepson.  (If you just said, "Ewww...that's creepy!," think of the classic movie MILDRED PIERCE starring Joan Crawford.  Remember Mildred's daughter, Veda?  And that was a 1945 Hollywood movie.) Rose is diagnosed with cancer yet she's determined to carry out her last assignment. 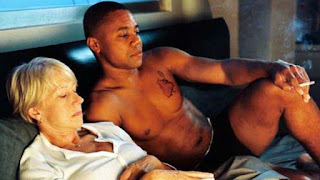 There are other non-mainstream characters in this thriller.  Joseph Gordon-Levitt plays doctor.  Comedienne Mo'Nique went dramatic in this film as the doctor's nurse.  The nurse has a drug problem and she's in love with the doctor. 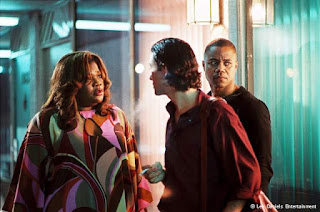 This performance is like a terrific Mo'Nique preview for the Oscar-winning dramatic skills she slammed across as the bad mother in PRECIOUS, the Lee Daniels film that brought her the Oscar for Best Supporting Actress of 2009.  Singer Macy Gray is also in the film.  She also scores.  Just like in the film TRAINING DAY, Macy Gray is so real you can practically smell the burning hair from her hotcomb.  This is as good a hired assassin movie as PRIZZI'S HONOR with Jack Nicholson and Kathleen Turner, but it boasts some fine acting and some surprises.  Who knew that comedian and sitcom star Mo'Nique had those dramatic chops? 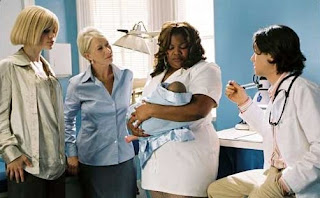 Birth and death. Love and betrayal.  They're in SHADOWBOXER.  There's also plenty of full frontal male nudity with the male being Stephen Dorff as the mobster kingpin.  So, you may not want to watch this with your maiden aunt.  Even though she might be impressed with Mr. Dorff.

Helen Mirren did this film before she made THE QUEEN, the movie that got her the Best Actress of 2006 Academy Award.  Dame Helen is brilliant in SHADOWBOXER.  And she was not first choice for the role.

Lee Daniels offered the part to singer/actress Diana Ross -- but she turned it down.